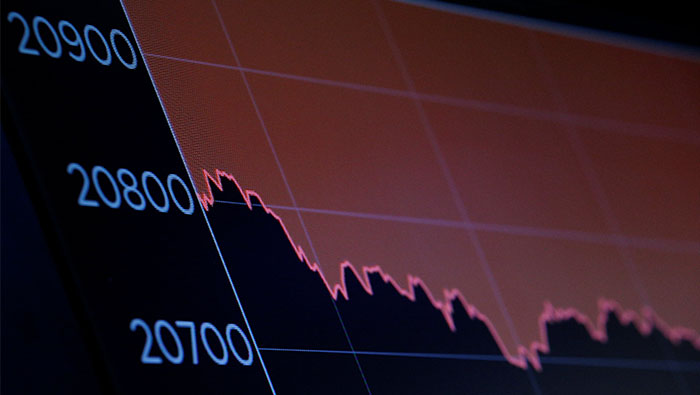 Shanghai: Hong Kong stocks followed others in Asia lower on Thursday as political turmoil in Washington knocked Wall Street and dented risk appetites in global markets.
Equities in Asia took cues from New York, where the Dow and S&P 500 both sank about 1.8 percent overnight.
The political crisis in the United States has thrown doubt on the future of the pro-growth policies that President Donald Trump promised.
The Hang Seng index fell 0.6 percent, to 25,136.52, while the China Enterprises Index lost 1.1 percent, to 10,271.35 points.
Sectors fell nearly across the board, led by industrial and financial stocks.
Bucking the trend, IT stocks in Hong Kong rose, led by Tencent Holdings, which rose 1.5 percent and touched a record high after brokers including Nomura and Jefferies raised their target prices.