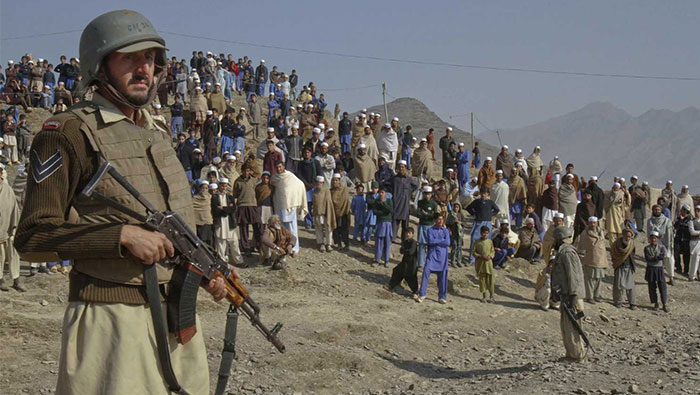 Islamabad: Pakistan on Thursday hanged four more Taliban terrorists convicted of different terrorism-related offences by controversial military courts in the restive northwestern province of Khyber-Pakhtunkhwa, the second such execution in as many days.
The terrorists were hanged in a jail in the Khyber-Pakhtunkhwa province, the worst hit due to violence by Taliban terrorists, taking the number of hanged terrorists to over 170 since the Peshawar terror attack in 2014.
"They were involved in different terror activities including killing of innocent civilians, destruction of communication/electricity infrastructure, destruction of educational institutions, attacking Armed Forces of Pakistan and Law Enforcement Agencies," the army said.
The terrorists were tried by military courts which work in secrecy due to fear of attacks by militants, it said.
The convicts were identified as Muhammad Ibrahim, Rizwan Ullah, Sardar Ali and Sher Muhammad Khan. All of them were active members of banned Tehreek-e-Taliban Pakistan.
Four "hardcore" terrorists convicted of "heinous" terrorism-related offences were hanged in the restive northwestern province on Wednesday.
Military courts were restored in March for another two years after their initial two-year term expired in January.
The courts were set up after a constitutional amendment following a terror attack on an Army-run school in Peshawar in December 2014 which killed more than 150 people, most of them students. Human rights group Justice Project Pakistan says 441 people have been executed since the Peshawar attack.
Pakistan has been fighting various extremist groups for over a decade. Militant attacks have killed tens of thousands of people.
The military courts have handed down the death penalty to more than 170 militants.