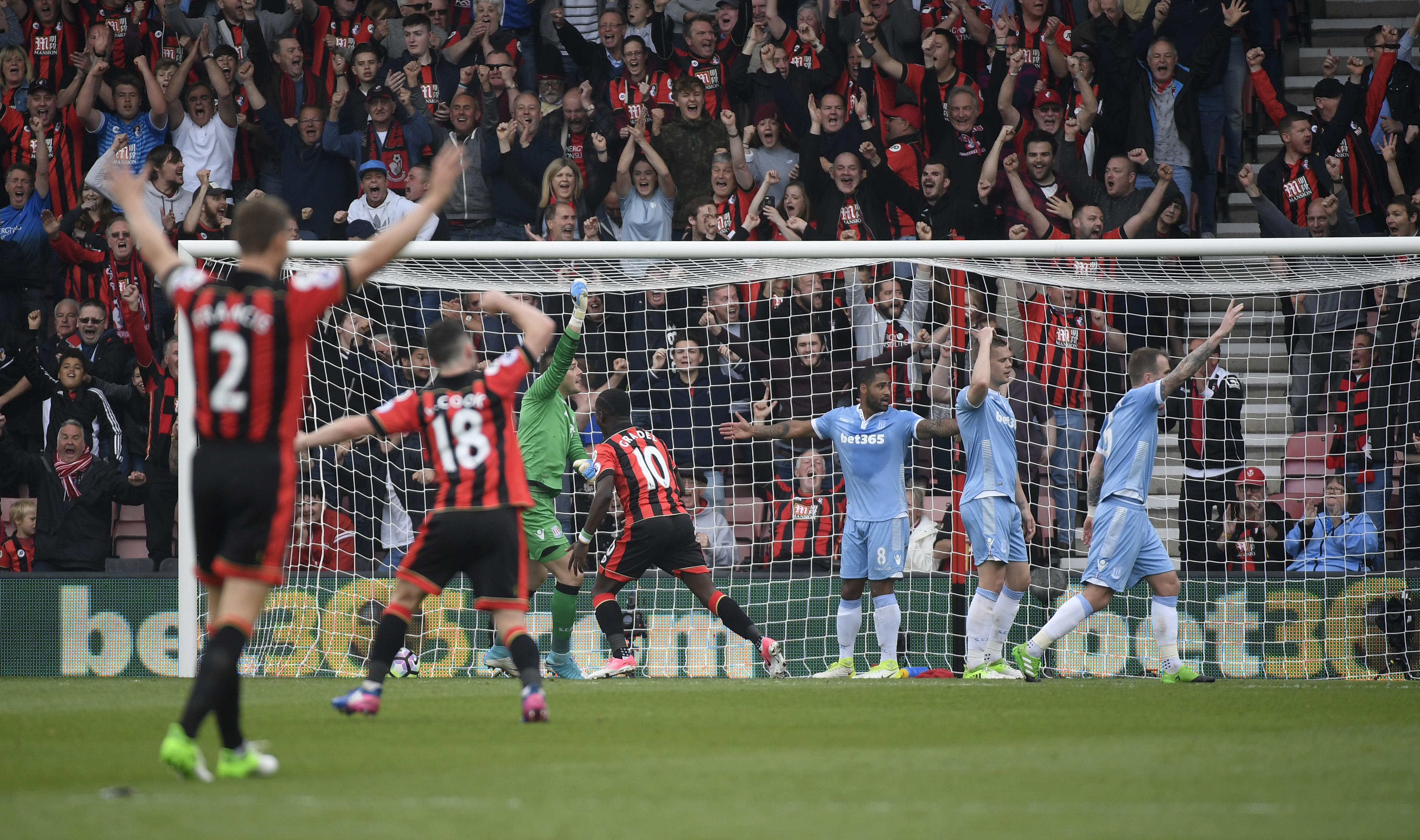 London: Stoke City defender Ryan Shawcross deflected the ball into his own net to earn Bournemouth a 2-2 draw on Saturday and ensure the Cherries will play Premier League football again next season.
Stoke had not scored away from home since January and it was Bournemouth midfielder Lys Mousset who broke the drought, heading Marko Arnautovic's corner into his own goal in the 33rd minute.
Junior Stanislas deftly guided home the equaliser for Bournemouth on the hour mark before Stoke striker Mame Biram Diouf scored his first Premier League goal of the season.
Shawcross deflected Josh King's shot into his own net with eight minutes left to leave Bournemouth 10th in the table, three places ahead of Stoke.