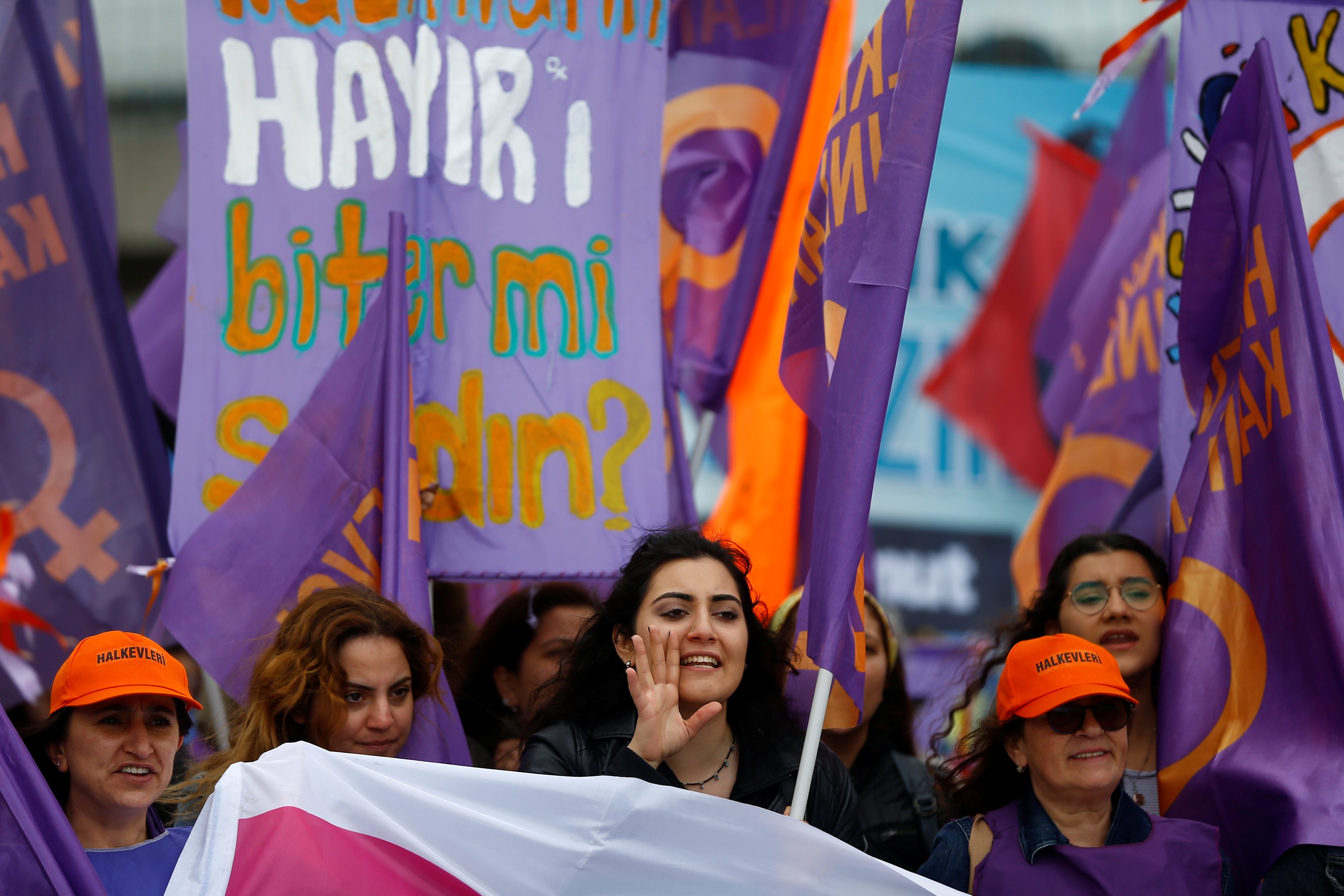 Istanbul: Police in Istanbul fired tear gas and rubber bullets to break up a group of May Day demonstrators on Monday, a Reuters witness said, as authorities detained 165 people at protests around the city.
Protests for May Day, the international workers' holiday, are an annual occurrence in Turkey and have in the past been characterised by widespread police actions against demonstrators.
Protests were expected to be more subdued this year after unions said they would not attempt to march on Taksim Square, a traditional rallying point for anti-government protests that has been declared off-limits for demonstrators.
Police presence was heavy across the city, with helicopters buzzing overhead. Tensions are particularly high after President Tayyip Erdogan narrowly won a referendum last month giving him sweeping new powers.
Police in the Mecidiyekoy neighbourhood used tear gas and rubber bullets on a group of protesters who were attempting to march towards Taksim Square. They were shouting "Taksim is ours and it will remain ours".
The square became the focal point for weeks of anti-Erdogan demonstrations in 2013. Two demonstrators who managed to reach it were detained shortly after they unfurled a banner, Dogan news agency said.
In the Besiktas neighbourhood, where two years ago police used water cannon on stone-throwing May Day demonstrators, dozens of people were rounded up for attempting to make their way to Taksim.
"A total of 165 people have been detained," Istanbul police said in a statement, adding that the individuals were mostly taken into custody for marching without a permit and carrying banners and posters.
The police said another 18 people, suspected to have been planning to provoke clashes, were detained in raids across four separate Istanbul districts. Fireworks, 85 molotov cocktails, masks and illegal banners were also seized during other raids, it said.
Rights groups and some of Turkey's Western allies say Ankara has sharply curtailed freedom of speech and other basic rights in the crackdown that followed a failed coup last year.
Since his referendum win, Erdogan has conducted two further purges, targeting the police, civil service and military.
Over the weekend, 3,900 people were removed from the civil service and the armed forces, while authorities blocked access to online encyclopaedia Wikipedia, citing a law allowing the blocking of websites deemed obscene or a threat to national security.
Erdogan says the measures are necessary given the security threats faced by Turkey.