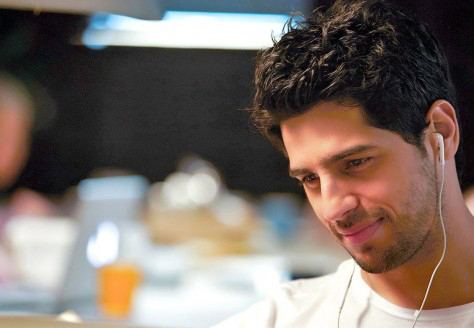 Mumbai: Sidharth Malhotra, who has teamed up with Manoj Bajpayee and director Neeraj Pandey for the first time, says working with them will add-on a lot to him as a performer. "They (Neeraj and Manoj) are known for content driven films. I think 'Special 26' was a great film with a twist. They make universally appealing films. Manoj Bajpayee is a prolific actor. I will gain by working with somebody like him," Sidharth said.

The upcoming film titled Aiyaary is an espionage thriller, based on true incidents. It revolves around the relationship between a mentor and a protege. Reportedly, Sidharth plays a military intelligence officer and Manoj his mentor. "It's too early to get into the details of the look
(of the character) and everything else related to the film. We are yet to start the shoot so I can't talk much," he adds. Aiyaary will go on floors in May.

The 32-year-old actor says he is a huge admirer of Neeraj. "Neeraj is the most content driven director that we have today. He has wonderful stories that are relevant and have happened in reality. I am a big admirer of his films A Wednesday is the best thriller we have had. "He had this script of mentor and protege with an army background for a while. It was few months back that we met again and we were chatting about work and this film came up," Sidharth says.