Amazon's moves beyond retail, gets Wall Street's thumbs up 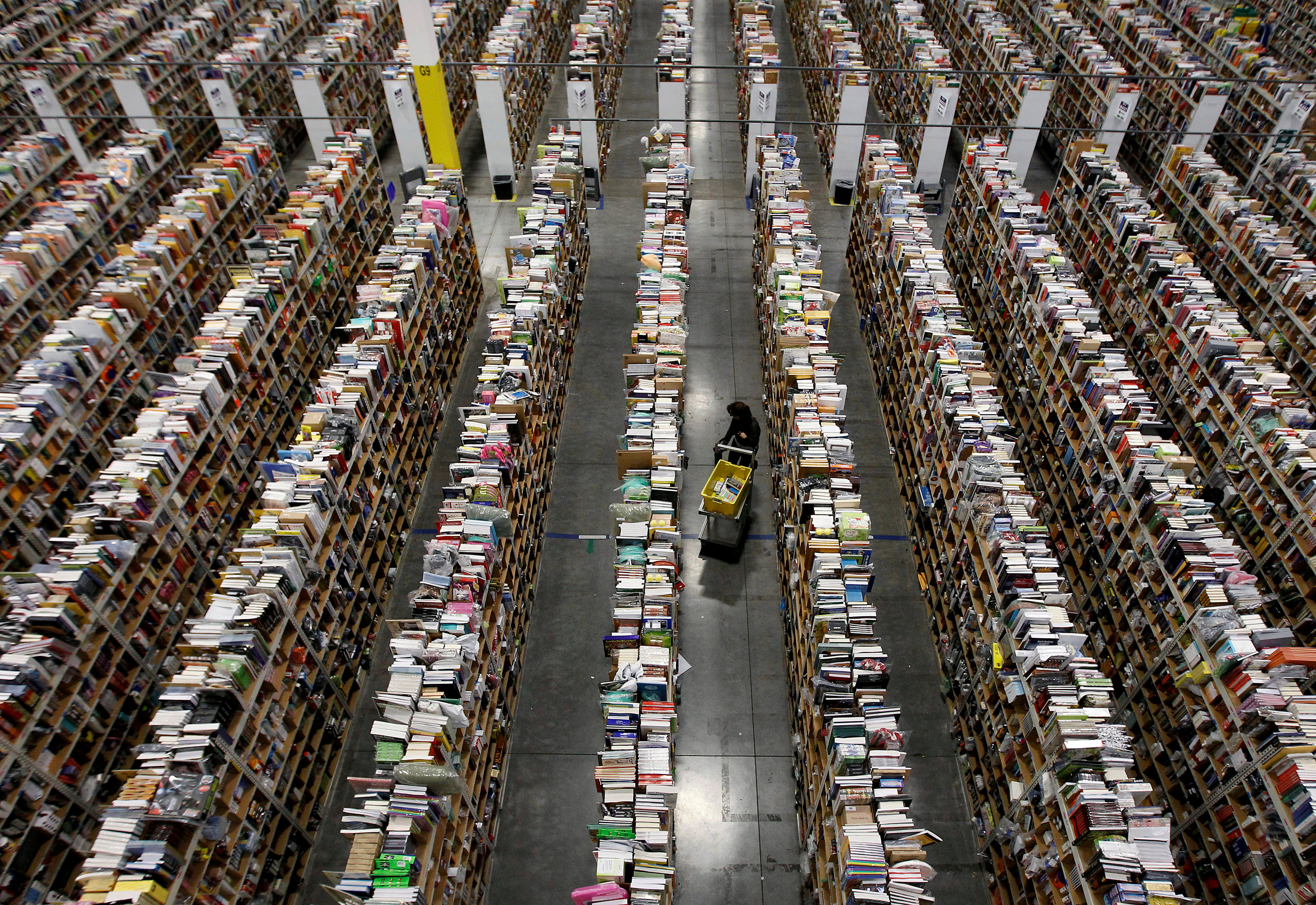 San Francisco: Amazon.com's ventures far beyond online retail, from cloud computing to movie making, are raising questions among corporate strategy experts about its focus.
The Seattle-based company wowed Wall Street again this week with a 23 per cent jump in sales, pushing its shares to an all-time high. But there are concerns that if blockbuster growth stops, investors may come to regard the company more like a conglomerate stock - worth less than the sum of its pieces.
"High growth covers a lot of sins," said Harry Kraemer, a partner at private equity firm Madison Dearborn Partners and a professor at Northwestern University's Kellogg School of Management.
"Picture yourself running the company where one minute we're talking about how we're going to operate air cargo, and the next minute we're going to talk about artificial intelligence," he said. "I don’t think it's sustainable."
So far, analysts have balked at the idea of calling Amazon a conglomerate because its businesses, although varied, all relate in some way to retail. Warehouses, trucks and planes bring packages to shoppers' doorsteps. Amazon Web Services sells the very cloud-computing services to enterprises that were built to meet the technology needs of Amazon.com.
"It's not like General Electric Co having financial services and making aircraft engines," Baird Equity Research analyst Colin Sebastian said.
Some initiatives, though, such as a television studio in Hollywood, seem further afield. Amazon says the video foray has allowed it to stream unique programming to members of its Prime shopping club, thereby increasing sign-ups for a program that encourages people to buy more goods, more often.
The financial success of the investment is difficult to assess. Revenue from Prime membership fees and other media subscriptions rose 49 per cent in the first quarter to $1.9 billion, the company reported on Thursday. It does not disclose the costs of content for its Prime Video service, but they were estimated by an analyst to be more than $3 billion in 2016.
Amazon did not respond to a request for comment.
Out of fashion
These days, conglomerates like GE are out of fashion in the corporate world. By a standard method of valuation — comparing a company's share price to its earnings per share - Amazon is worth about 10 times more than storied conglomerates Berkshire Hathaway and United Technologies.
Investors discount conglomerate stocks partly because diverse businesses are tough to manage, and partly because they believe the market allots money across industries better than a company can.
Indeed, a 2012 report by McKinsey consultants found that conglomerates' revenue on average grew by 6.3 per cent per year from 2002 to 2010, while "focused" companies grew by 9.2 per cent.
Amazon has acknowledged its pursuits point in many directions, but stresses they are for the long-term, not for quick gains.
Chief Financial Officer Brian Olsavsky rattled off a lengthy list of investments from retail in India to drones and artificial intelligence on the company's earnings conference call on Thursday, in an attempt to explain why its operating profit margin had thinned in North America.
"I know I'm drifting a bit from North America, but it's all part of the same theme," he told analysts.
For now at least, Amazon is being treated as a special case in part from the halo effect around its billionaire founder Jeff Bezos, the second-richest person alive. Many view Bezos as an entrepreneurial genius; he's already extended his reach beyond Amazon to start a space exploration company and purchase the Washington Post.
"Bezos gets a longer leash to wander around than the typical CEO," said Erik Gordon, a professor at the University of Michigan's Ross School of Business. But he was not convinced it was entirely justified.
"You hesitate to bet on this being the singular team that can do something that history has shown - over and over again — is really hard to do," said Gordon.
Referring to Walt Disney Co's CEO, he said: "Leave the movie making to Bob Iger."