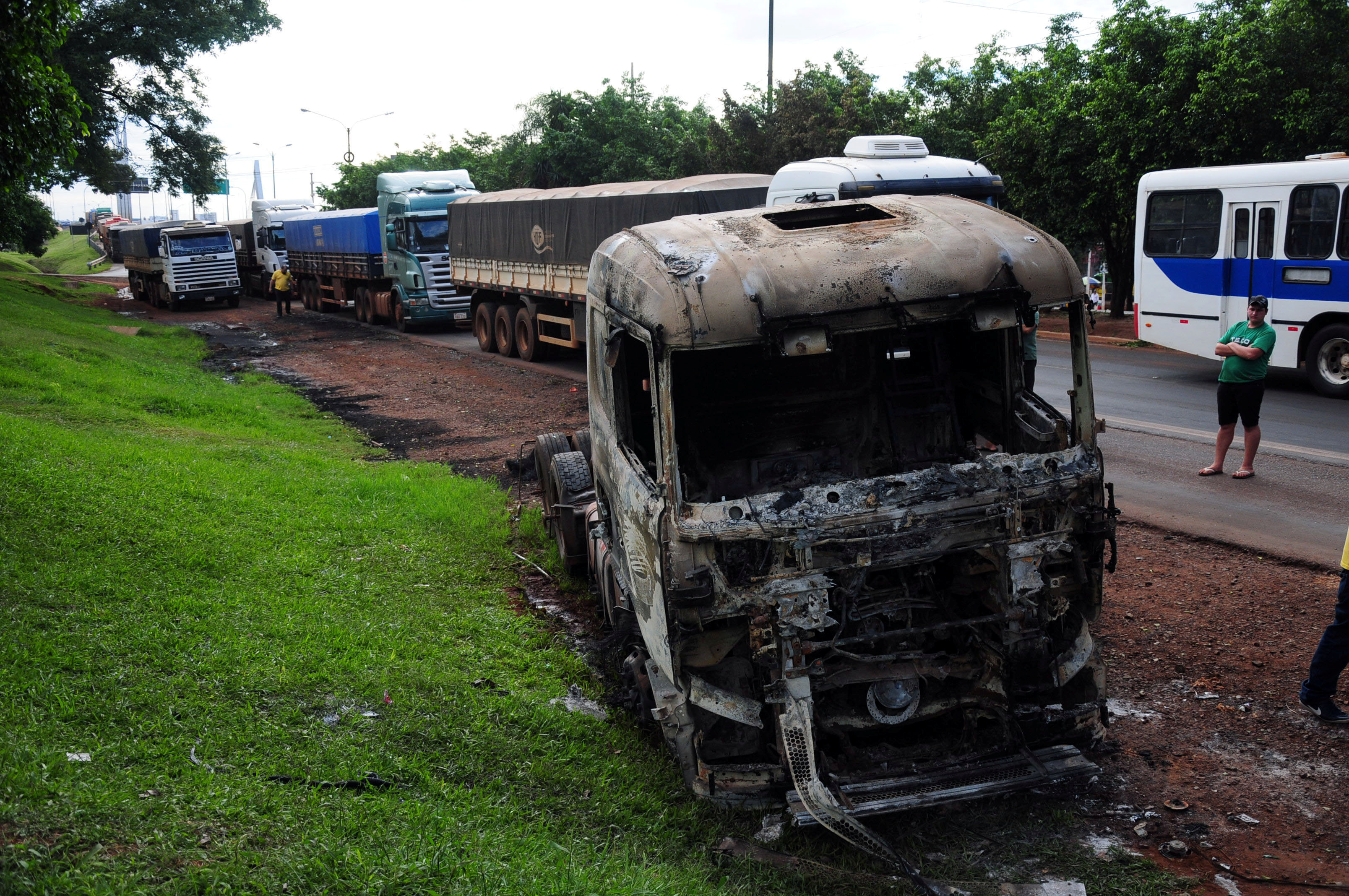 Rio De Janeiro/Asuncion: Brazilian federal police on Tuesday arrested eight people suspected of killing a police officer and blowing up a building while robbing a security company of millions of dollars in a volatile border town in Paraguay.
Three suspects were killed in a shoot-out after the movie-like heist in the contraband hub of Ciudad del Este on Monday. Security company Prosegur said in a Tuesday statement that its losses did not exceed $8 million, much less than the $40 million that some media initially reported.
Brazilian gang First Capital Command (PCC), based in Sao Paulo, probably organised the operation, according to a Paraguayan police document that Reuters saw. Brazilian federal police said in a statement that they had seized six rifles, two boats and seven vehicles in Foz de Iguacu, a town across a river from Ciudad del Este, in addition to making the arrests.
"This was an assault with a well-planned operation," Paraguayan Security Minister Lorenzo Lezcano said on Monday. "They had powerful weapons and explosives." Forty or 50 people were involved, Lezcano added. Paraguayan President Horacio Cartes ordered the military to bring order to Ciudad del Este, long known as a hub for trafficking counterfeit goods, drugs and weapons.
A regional police chief was also fired. Video footage of the assault showed more than a dozen cars on fire around the Prosegur building, meaning police could not access the scene for several hours. Cartes has been trying to shed Paraguay's reputation for lawlessness in recent years, and Brazilian investment in the landlocked nation of 6.8 million has helped spur one of the fastest economic growth rates in Latin America.
Violent protests in Asuncion last month over Cartes' attempts to change the country's constitution and run for a second term raised eyebrows among business groups, however. He now says he will not seek re-election. Insecurity in the so-called tri-border region is a concern of Paraguay's larger neighbours, Brazil and Argentina, which are trying to curb drug trafficking from gangs like the PCC.