Registration for Haj pilgrims in Oman begins on April 10 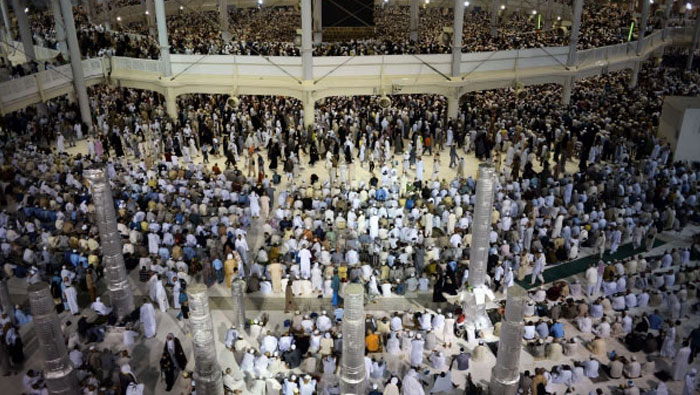 Muscat: About 14,000 people will travel from Oman for the Haj pilgrimage this year, an increase of 20 per cent from last year, the Ministry of Awqaf and Religious Affairs has said.
In the last four years, only 11,200 pilgrims were able to go for Haj from the Sultanate.
The ministry also announced that the e-registration system for Haj applicants will open on April 10. The system will be open for two weeks, before the application closes and the selection of pilgrims begins.
Saudi Arabian authorities had decreased pilgrim quotas for all countries around the world four years ago due to construction work at Mecca to expand pilgrimage areas. The quota has been restored in light of the completed renovation.
Of the total, 12,664 chosen applicants would be Omani; while there will be opportunity for 600 non-Omani applicants to go to Haj this year.
The remaining slots will go to the Oman Haj Mission, and the Military Mission.
This will be the second year that Oman’s residents use the electronic system in order to register for Haj.
Last year saw a huge demand for Haj slots by Omani residents. Sultan Al Hinai and Sheikh Abdul Aziz Al Ghafri, from the Ministry of Endowments and Religious Affairs, spoke on Oman’s Public Authority Radio channel regarding rules for this year’s applicants. “23,000 people applied last year, of which over 9,000 were unable to go. It was definitely a challenge to limit pilgrims to almost half. This is a welcome relief, and provides a better opportunity for those who want to go,” Al Hinai said.
They also explained that the rules are the same as last year’s rules, which focussed on prioritising old age and first-timers for Haj, as performing Haj at least once in a lifetime is a religious duty.
“Last year, our experience was defined by goals: accessibility and priority. We introduced an online system for ease of registration. We also focussed on prioritising those who are first time goers, and oldest by age.”
If a person is accompanying a woman as her “mahram” (guardian), the system would automatically allocate her guardian a spot as well at the time of registration, said Sheikh Al Ghafri.
Al Ghafri also mentioned that there were no groups that had performed Haj without licences, either by flight or road, last year.
Meanwhile, Al Hinai addressed some complaints that arose from last year’s new system.
“Any new experience is not perfect, especially as a human endeavour. Last year’s results did include issues. They were not design or computer errors, but rather it was the fact that licenses were given on an individual basis. They were based on age, and first-timers.”
“We are working on revising the system so that families may be considered as a group, rather than on an individual basis, which had excluded certain family members from going in the past year,” Al Hinai explained.
He added that people with disabilities, who may also need an accompanying person for the pilgrimage, had issues last year and that those issues are being considered.
Al Ghafri noted that last year’s unsuccessful applicants will get higher priority than newer applicants this year, aside from age and first-timers performing Haj.
“We will prioritise, after first-timers or old age; those who had applied last year and were refused, then people who are applying for the first time this year, in the hopes that people who apply again may get a better chance this time,” he said.
Haj applicants may start applying for Haj licenses from April 10. The system will be open for two weeks, before the application closes and the selection of pilgrims begins.