Ready to play a ghost to work with Neeraj again: Vicky 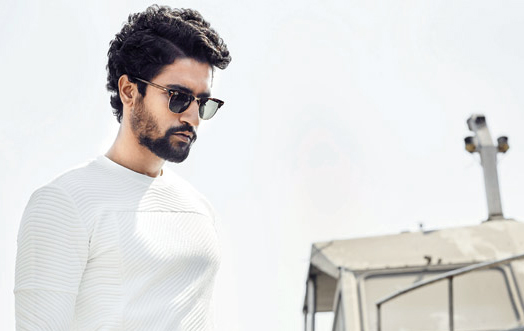 New Delhi: Vicky Kaushal says he wants to be a part of every film made by the Masaan director Neeraj Ghaywan, who gave him his first break in films, even if that means appearing in the role of a ghost.

The 28-year-old actor, who will be seen in Sanjay Dutt's biopic, says he wants to work with Ghaywan every time he gets a chance, irrespective of the main lead or subject. "I want to work in every Neeraj Ghaywan film. I have told him that I am ready to play a ghost so that I can say I was there in at least one frame of his film. I don't care if my face is visible on the screen or not," Vicky said.

"I want to work with him every time I get a chance. Neeraj is my man. I will make sure he casts me, I can even go on to emotionally blackmail him." In the biopic, being directed by Rajkumar Hirani, Vicky plays one of Dutt's closest friends. He, however, is not ready to dish out more details about the role.

"My character is one of Sanjay Dutt's closest friends and that's all I can say at this point. (He is) someone who has really seen him through thick and thin of his life and stood by him."
Vicky says he came to know he had landed the role in Hirani's film after the PK director was through with the narration.

"I got a call by casting director Mukesh Chhabra and he asked me to test for a part in Raju Sir's film. So, I went to his office and gave an audition. I was called again in a couple of days when he narrated the script to me. "I asked him what was next. That's when Raju sir told me I had the role, I was stumped. It was really hard for me to believe that I will be working with him. It was one of the best narrations I have ever been through."

Apart from Dutt's biopic, Vicky will be seen in a rom-com for the first time. Titled, Love Per Square Foot, the movie will release later this year. "This is a romantic comedy based in Mumbai. It is the first time that I am doing comedy. It is a break from all the serious roles that I have done till now," he says.

Directed by Anand Tiwari, director of Y-Films web-series called Bang Baaja Baaraat, Vicky says the project is an out-an-out commercial film with songs, dance and humour. Angira Dhar, who played Shahana in BBB, is debuting in Bollywood with the Ronnie Screwvala production.

The actor, who was last seen in Anurag Kashyap's Raman Raghav 2.0, says everything he knows about cinema is because of the filmmaker. "Anurag sir is my window to cinema. Whatever I know about the art and craft of filmmaking, is through him. In fact, he was the first person whom I told I wanted to pursue acting. "He was sweet enough to give me a job as an assistant director on Gangs of Wasseypur. I still feel like one of the ADs of GOW when he is around me. He is that one person in the industry who is a phone call away. He knew I was doing the Dutt biopic even before I had any idea about it."