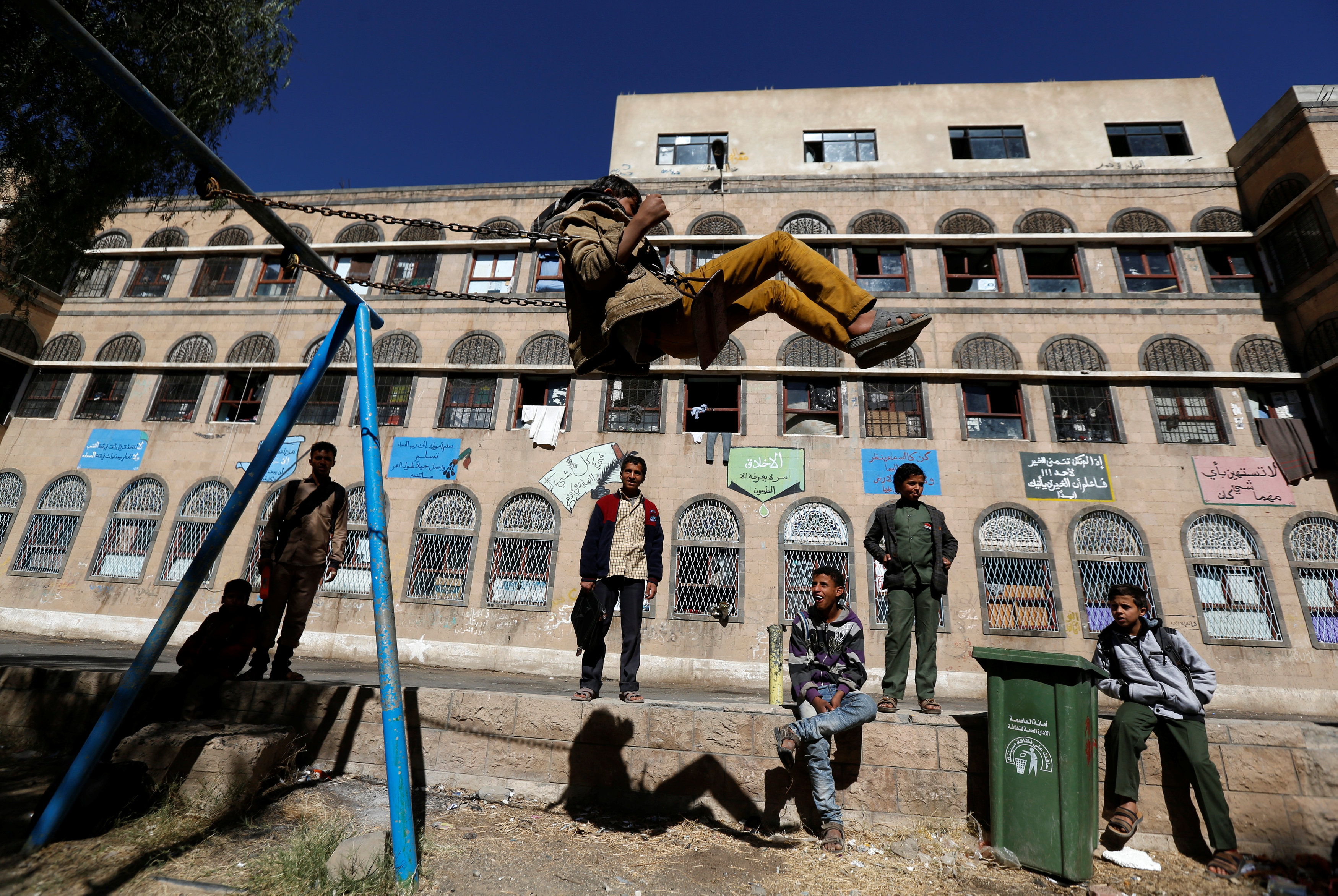 Sanaa: After two years of war, orphans in the Yemeni capital Sanaa have only one dream - to survive.
The Al Shawkani Foundation for Orphan Care is located around 100 metres (yards) from the Al Nahdain mountain, widely believed to be an arms depot that has been repeatedly bombarded by Saudi-led coalition's fighter jets.
Bombardment of the explosive-laden peak send huge mushroom clouds erupting into Sanaa's skies and shake the whole city.
As the war rages on, the orphans suffer through a constant state of fear and trauma.
"We were scared, and every time we hear the plane's noise, they (orphanage staff) would rush us quickly to the basement fearing for our safety," said Mousa Saleh Munassar, 14.
"Many of my friends have left the orphanage and returned to their relatives," he added. "I expect strikes nearby at any time."
Mousa once dreamt of becoming a doctor, but describes the only dream he and his friends now share: "We want the war to calm down for us to see security and stability come back."
Orphanage director Muhammad Al Qadhi says it relies on the generosity of private donors and charity groups.
But the war has devastated the economy and unleashed a humanitarian crisis, depleting savings and public resources.
"We are going through a pressing need for aid for these orphans amid the scarcity of resources that used to provide for them due to the ongoing war," he said.
The foundation used to host around 350 orphans before the conflict began. Now only around one-third remain after most left for the relative safety of living with family members in the countryside.
Yemen's conflict pits the Houthi movement and elements of the military against the Saudi-backed government of President Abd-Rabbu Mansour Hadi.
Saudi-led air strikes have repeatedly hit hospitals, homes and markets, but the kingdom denies targeting civilians.
Largely stalemated in nationwide battlefronts, the war has plunged millions into poverty, displaced millions of others and killed more than 10,000 people.
Children have born the brunt of the country's collapse.
According to UNICEF, one child dies in Yemen every ten minutes from preventable diseases including malnutrition, respiratory infections and diarrhoea.
Nine-year-old Abdulaziz Badr Al Faisari of the orphanage said he and his fellow orphans were terrified when bombs shake the whole building, but appeared resigned to his fate.
"We have had nowhere to flee."