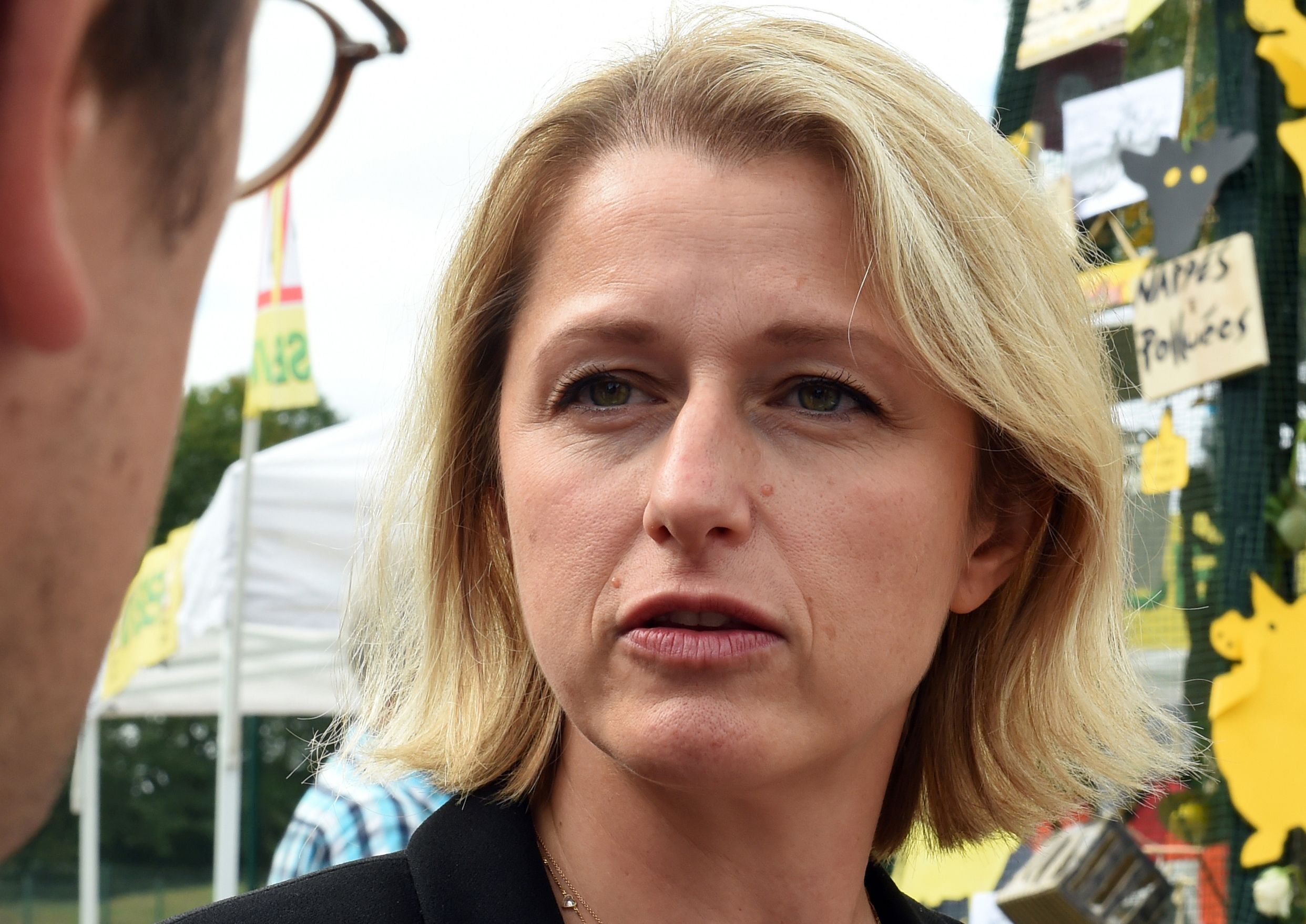 Paris: A junior French minister backed Emmanuel Macron's presidential campaign on Tuesday, the first government member to do so, just hours after he firmed up his status as favourite in the first of a series of TV debates.
Biodiversity minister Barbara Pompili, from the ecology party, is expected to be the first of a number of ministers in Socialist President Francois Hollande's government to endorse the independent centrist instead of lining up behind Socialist candidate Benoit Hamon.
Bernard Poignant, a close adviser to Hollande, also told Reuters he was backing Macron.
Some Socialists see the 39-year-old Macron, a former economy minister under Hollande, as better placed to defeat far-right leader Marine Le Pen than left-winger Hamon, and more representative of their views on how to revive the economy.
"I've decided after weighing it up seriously to back the endeavour, the programme and the candidacy of Emmanuel Macron," Pompili told France Info radio.
Several opinion polls found Macron, a former investment banker who has never previously run for elected office, was the most convincing performer in a three-hour debate on Monday evening watched by almost 10 million people - over a fifth of the French electorate.
An Opinionway poll said 24 per cent of viewers found Macron the most convincing of the five candidates in the debate, ahead of his closest rivals Le Pen and conservative Francois Fillon, both on 19 per cent.
Macron also scored well when viewers were asked how the debate had affected their views of the candidates. Twenty-nine per cent had a better opinion of Macron, compared with 19 per cent who had a worse opinion.
Another snap poll, by Harris Interactive, also found Macron to be the most convincing debater.
An Opinionway survey taken partially after the debate found little change in voting intentions with Le Pen tipped to win 27 per cent of the vote in the April 23 first round, three points ahead of Macron. The poll found Macron would easily beat Le Pen in the May 7 runoff.
Although he was at times assertive, delivering blows to his rivals, Macron, who has less experience of such debates, also got bogged down in details at times, appearing vague and exposing himself to criticism.
He clashed on immigration and Europe with his main rival, National Front leader Le Pen.
Fillon, the one-time front-runner, has been undermined by allegations he paid his wife hundreds of thousands of euros of public money for little work that have led to him being placed under judicial investigation.
It is not illegal for legislators to hire relatives but voters have taken a dim view of the Fillon payments and opposition to the practice has become an election issue.
Interior Minister Bruno Le Roux was summoned to see the prime minister on Tuesday over reports he hired his student-age daughters for summer jobs while a member of parliament, an official at Prime Minister Bernard Cazeneuve's office said.
The premium of France's 10-year borrowing costs over Germany's fell 4 basis points after the debate amid investor relief that Macron performed well and kept the anti-euro, anti-European Union Le Pen at bay.
"There were some doubts whether Macron would perform well because of his relative inexperience, but the poll after the debate shows him in the lead," said DZ Bank analyst Rene Albrecht.