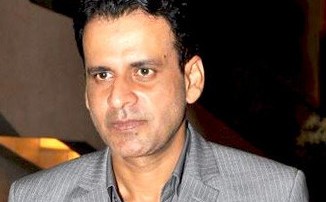 New Delhi: Manoj Bajpayee says he gives a miss to high profile bollywood parties as he thinks nobody maintains their real self in such social gatherings.

The actor says he rather prefers to spend time with his close friends with whom he can talk about life. "I don't go to parties because I don't find anybody behaving themselves or anybody being themselves. All of them are pretending to be somebody else. So, I don't want to be a part of it," Manoj told PTI.

"I'd rather be in my small get-together where you get to interact with everybody and share some ideas about life and work and gain something out of it. And in parties you're not gaining anything, you're just a part of the crowd which I don't want." Bajpayee says there are very few people in the industry who share his point of view as him and one such person is director-writer Neeraj Pandey.

They are collaborating again for "Naam Shabana" after 2013 thriller "Special 26". "Neeraj has become a friend now. I admire him as a person.

As a creative person, everybody knows his capacity, he's a great director and writer. But as a person, he's a very quiet person and shy. "He's somebody who likes to stay away from the media glare. He doesn't go to parties. He's always either with his family or at his office," Bajpayee says, adding that he is happy that Neeraj counts him among his friends.

The actor says Neeraj is someone who "balances the mainstream and the parallel cinema" and does a thorough research for his characters. "The kind of content Neeraj provides is amazing and I'd love to be a part of it. His characters are based on complete research. They are not created in the thin air."

Bajpayee plays the role of an intelligence agency officer in the movie, which also stars Taapsee Pannu, Anupam Kher and Danny Dezongpa. "You'll get to see something unique. You'll not see me emoting at all. I have more than hundred lines in the film. These are the lines delivered in a very matter of fact way because my character is very unemotional. "For him the nation comes first. He's 24 hours in the job.

He's absolutely unemotional when it comes to dealing with an enemy or even for that matter his own field agents. He doesn't do favours to anybody and even if he does he wants something in return." Directed by Shivam Nair, "Naam Shabana" is a spin-off of "Baby" and is set to hit the theatres on March 31. PTI