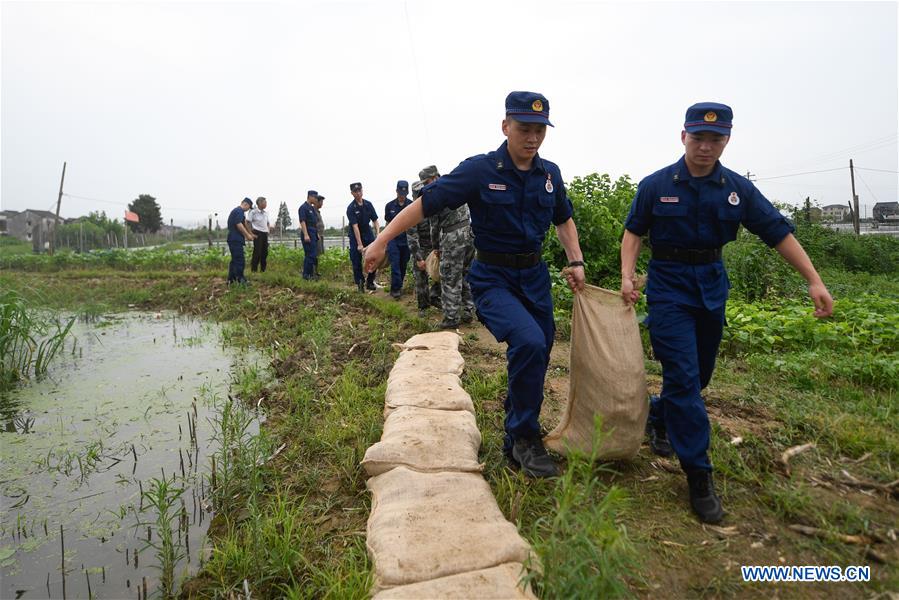 Due to severe flooding, the headquarters and the Ministry of Emergency Management on Monday dispatched nine more work teams to various regions, including Sichuan, Chongqing, Hunan and Jiangxi. Previously, teams had been sent to assist in flood relief in Hubei and Anhui.

The headquarters said it would guide local authorities to strengthen their forecast capabilities, improve the patrolling of rivers and reservoirs, and ensure the livelihoods of people affected by the floods.

Since June, continuous downpours have lashed large parts of southern China, and the waters of many rivers in the affected regions have exceeded warning levels.

China has a four-tier flood control emergency response system, with level I representing the most severe.

Meanwhile, the country's national observatory on Tuesday afternoon issued an orange alert, the second highest in its four-tier, color-coded alert system, for rainstorms from Tuesday night to Wednesday night.