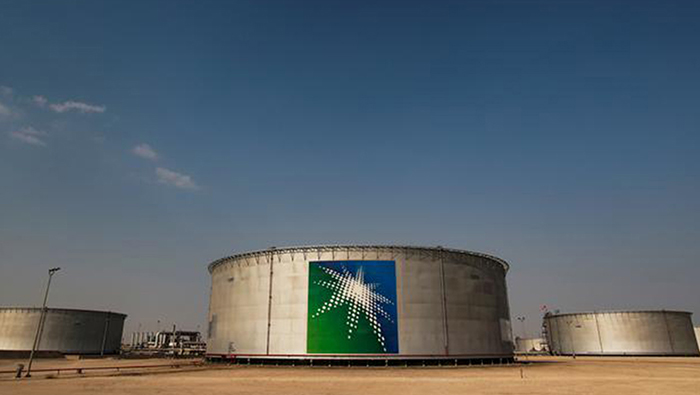 US President Donald Trump has stepped up efforts to shore up the US shale industry, hammered by an unprecedented slump in oil demand and a price war between Saudi Arabia and Russia — the world's biggest oil exporters — which have caused a dramatic drop in prices.
Trump said on Tuesday he had spoken to the leaders of Russia and Saudi Arabia and he believed the two countries would soon dial back on their spat, which has compounded the woes of oil markets, reeling from sweeping measures such as lockdowns and travel bans to combat the coronavirus.
Trump was also set to meet US oil executives in the White House on Friday to discuss measures to help the industry weather the crisis.
The efforts aimed at propping up oil prices marks a remarkable about-face for Trump, who has never shied away from hitting out at Moscow and Riyadh for keeping prices artificially high through coordinated production cuts. Just last month, he likened an oil price crash to a "tax cut" for US consumers.
"Frankly, that's like a big tax cut, not a little tax cut for the consumer," he said. "So, there's something about that that I like."
Why is Trump seeking to boost oil prices?
The oil prices, which have fallen over 50 per cent this year, are now so low that they are threatening to wipe out tens of thousands of jobs in the highly leveraged US shale industry.
The price war and coronavirus containment measures are proving to be a nightmare for shale producers, especially the smaller ones with weaker balance sheets. US shale companies, many of which need oil prices to remain at $65 per barrel or higher to break even, will be forced to scale back operations, slash jobs and investments in exploration and production, or simply fold up, if the prices remain at $20-$30 a barrel or fall further.
"We don't want to lose our great oil companies," Trump told reporters at the White House on Wednesday.
How have Saudi Arabia and Russia responded?
Trump's overtures have elicited contrasting responses from Riyadh and Moscow. Saudi Arabia has so far rebuffed Trump's call for truce, pumping record levels of oil — 12 million barrels per day — since the beginning of this month. Riyadh has said it will only back off if all major oil producers, including the US, agree to cut production.
On Thursday, Saudi Arabia called for an emergency meeting of the OPEC+ alliance that includes Russia, to discuss a "fair agreement" after Trump tweeted that he expected Moscow and Riyadh to agree to cut production by as much as 15 million barrels per day.
How low could oil prices go?
If the slump in demand continues at the current pace and the price war rages on, then some analysts say the world could run out of storage space as early as this month.
This lack of storage would force oil producers to cut output. Some oil experts say Brent would need to drop to as low as $10 per barrel to force producers to immediately halt production and take supply offline.