Sridevi looks intense and mysterious in first look of 'Mom' 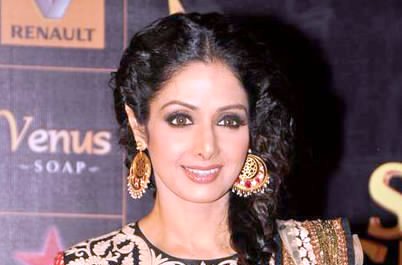 Mumbai: With her critically-acclaimed performance as a housewife in "English Vinglish", Sridevi won the hearts of audience and once again the actress is set to return to the big screen after a gap of five years with "Mom". Directed by Ravi Udyawar and produced by Boney Kapoor, the film will see Sridevi in the lead role.

Taking to Twitter, the 53-year-old star shared her first look from the movie. "When a woman is challenged... Here's presenting the first look of MOM. #MOMFirstLook," Sridevi wrote alongside the picture in which she can be seen in a black attire.

Apart from the film's title written in English, the word Mom in the poster can be seen painted in several languages and forms. The film's story line and the plot have been kept under wraps.