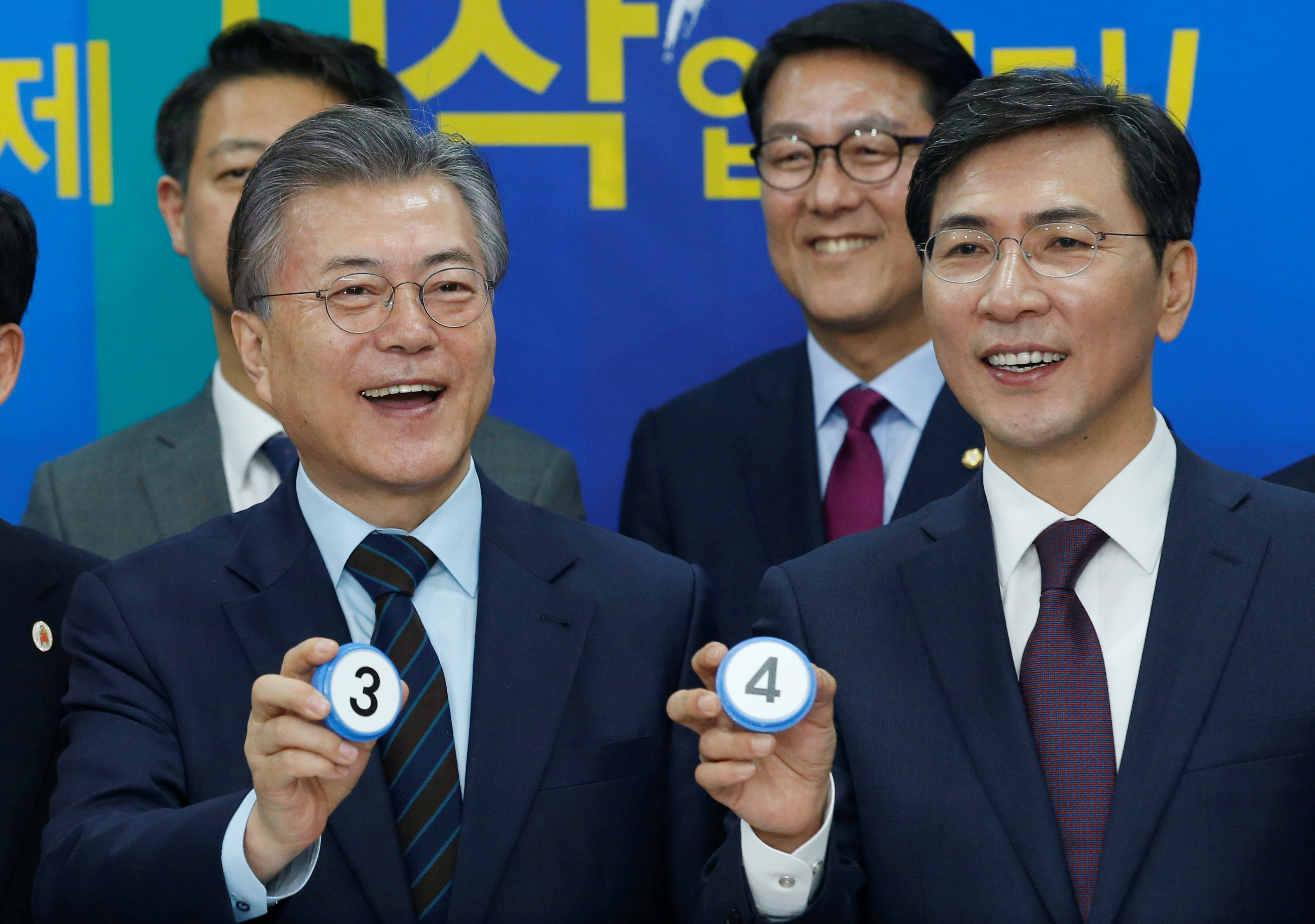 Seoul: The South Korean politician expected to become its next president, Moon Jae-in, called on China on Tuesday to stop economic retaliation against South Korean firms over the deployment of a U.S. missile-defence system.
Moon, speaking in a debate with other presidential contenders from the main opposition Democratic Party, said South Korea must stand up to China and protest against any unjust moves, but also make diplomatic efforts to resolve the issue.
"We should complain about what needs to be complained about and we should make diplomatic efforts to persuade China," Moon said.
"It is also not desirable for China to harm our relationship with excessive retaliation," Moon said.
"I call on China to immediately stop".
China has increased pressure, and imposed some restrictions, on some companies doing business with and in South Korea, which many in South Korea perceive as retaliation for deployment of the missile system.
But Finance Minister Yoo Il-ho said on Monday that South Korea did not have firm evidence of Chinese retaliation and China has not directly said it is targeting South Korean firms.
South Korea will hold a presidential election by May 9 after the impeachment and dismissal last week of its former president, Park Geun-hye.
The Terminal High Altitude Area Defense (THAAD) anti-missile system is likely to be contentious issues in the campaign.
Moon, a human rights lawyer and prominent liberal politician who has been leading in opinion polls, said the government had mishandled the deployment plan by rushing into it and without public consensus.
China is vehemently opposed to South Korea's agreement with the United States to deploy the THAAD system in the South against North Korea's missile threat.
The United States and South Korea say THAAD is for defence against North Korea, but China fears its powerful radar can probe deep into its territory and compromise its security.
The United States began to deploy the system a week ago, a day after North Korea test-fired four missiles.
Russia also worries the deployment could compromise its security, and said it would lead to a stalemate on the Korean peninsula.