Cricket: Stoinis gets nod for India on bowling strength 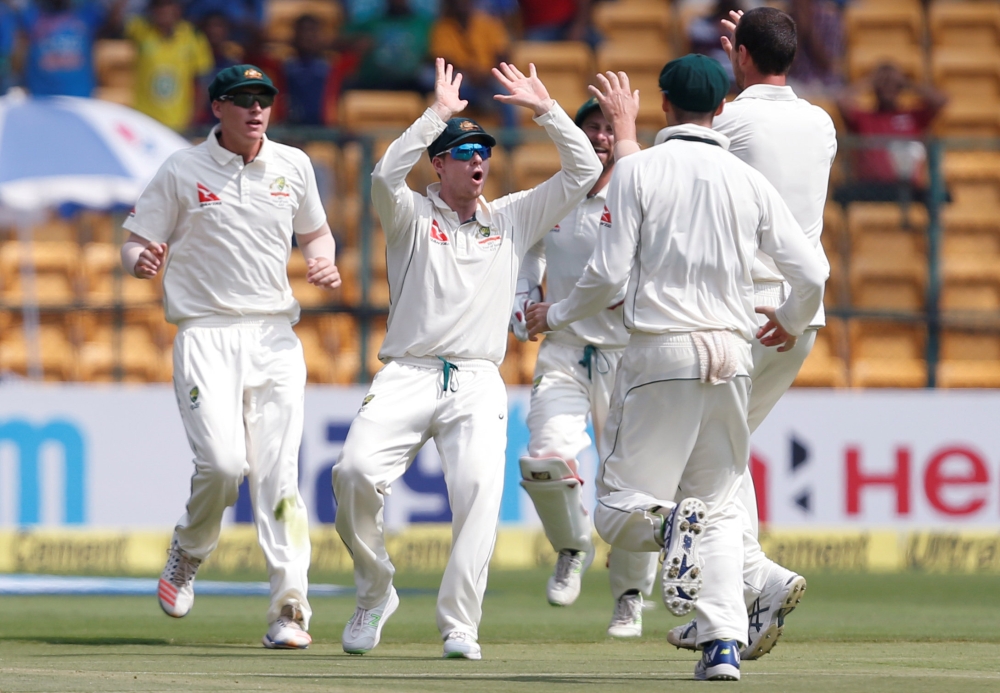 Bengaluru: All-rounder Marcus Stoinis was called up for Australia's two remaining tests in India on the strength of his bowling and previous performances in the region, interim chief selector Trevor Hohns said on Thursday.
The uncapped Stoinis, who is playing a Sheffield Shield contest in Alice Springs for Victoria, has been named as a replacement for the injured Mitchell Marsh and will leave for India at the conclusion of the match.
Marsh was struggling with a shoulder injury and will return to Australia after a disappointing campaign, in which he scored 48 runs in four innings and bowled a total of five overs in the first two tests at Pune and Bengaluru.
"When we looked at the various options we had to replace Mitch there were two or three people that came to mind of course," Hohns told reporters.
"Marcus was one, Moises (Henriques) was another, another young fella by the name of Jack Wildermuth was considered as well, he's had a terrific season too."
Stoinis played seven games for Kings XI Punjab in the IPL Twenty20 league last year and the 27-year-old also toured India with Australia A in 2015, averaging 48 with the bat and taking three wickets in two first-class matches.
"Marcus got across the line simply because during Australia A here a couple of years ago he performed very well," Hohns said in Bengaluru, where Australia lost the second test by 75 runs.
"Secondly, to give us as many options we could have going forward in this series, we felt the stronger bowler was the best option at this stage. That's what got him across the line."
Stoinis caught the eye with an unbeaten 146 against New Zealand in the ODI series last month but has struggled recently, having scored 126 runs at an average of 12.60 in six games before this week's match against Western Australia.
"(Auckland) was very impressive, there's no doubt about that," Hohns added. "What he showed there was his ability to perform under extreme pressure as well, so that obviously was taken into account, albeit it was a different form of the game."
He is, however, not guaranteed to replace Marsh in the starting side for the next test in Ranchi with spin-bowling all-rounders Ashton Agar and Glenn Maxwell settled in as members of the touring party despite not playing in the first two matches.
The series is level at 1-1 with the penultimate test starting on March 16.