U.S.-backed Syrian force cuts last road out of IS stronghold 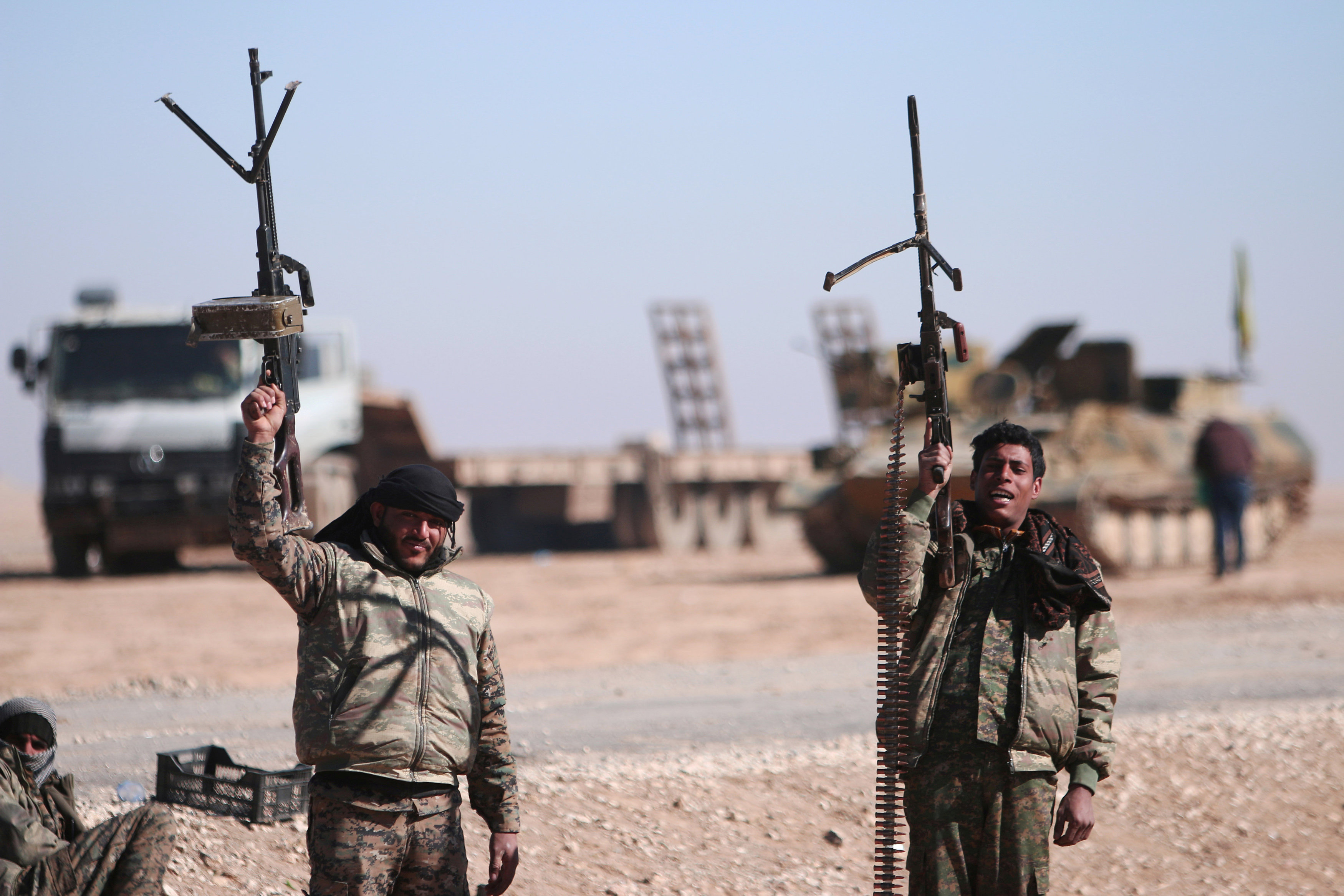 Beirut: U.S.-backed Syrian militias cut the last main road out of IS-held Raqqa on Monday, severing the highway between the group's de facto capital and its stronghold of Deir Al Zor province, a militia spokesman said.
The development, confirmed by a British-based organisation that monitors Syria's war, marks a major blow against the IS militant group that is under intense military pressure in both Syria and Iraq.
It is losing ground to three separate campaigns in northern Syria by the U.S.-backed Syrian Democratic Forces (SDF) militias, the Russian-backed Syrian army, and Turkey and allied Syrian rebels.
"Cutting the road between Raqqa and Deir Al Zor means that practically the encirclement of the Daesh (IS) capital is complete by land," a Kurdish military source told Reuters, adding that the only remaining way out of the city was south across the Euphrates River.
"It is a big victory but there is still a lot to accomplish," the source said, speaking on condition of anonymity.
The SDF is an alliance of militias including the Kurdish YPG and Arab groups. It launched a multi-phased campaign in November to encircle and ultimately capture IS's base of operations in Raqqa city, with air strikes and special forces support from a U.S.-led coalition.
Further west, the Syrian army has made its own, rapid progress against IS in the last few weeks, advancing east from Aleppo city towards the Euphrates.
A Syrian military source told Reuters the army would press on to reach the militants' main strongholds in Raqqa and Deir Al Zor.
IS still controls swathes of Syria, including much of the centre and nearly all the eastern province of Deir Al Zor.
The SDF has been the main U.S. partner against IS in Syria. "The road is under the control of the SDF," spokesman Talal Silo said in a voice message sent to Reuters. "The road between Raqqa and Deir Al Zor."
There was no immediate word from IS on the social media channels it uses to communicate news.
Air strikes by the U.S.-led coalition have destroyed the bridges across the Euphrates to Raqqa city, the British-based monitoring group, the Syrian Observatory for Human Rights, said.
The Observatory said families brought recently by IS to Raqqa from areas to the west had been forced to cross the river by boat, reflecting the problem facing IS in reaching the city.
The Syrian army's advance from the west has added to the pressure on IS.
One of the targets of the army's advance appears to be to secure the water supply to Aleppo, which is pumped from the village of Al Khafsa on the western bank of the Euphrates.
The Observatory said on Monday the army had advanced to within 8 km (5 miles) of Al Khafsa.
The Syrian army push has also had the effect of deterring further advances south by Turkish forces and their Free Syrian Army (FSA) rebels as they carve out an effective buffer zone near the border in areas seized from IS.
"The army will not stop in its military operations against Daesh (IS), and will certainly reach its most important strongholds in Raqqa and Deir Al Zor. This is a national Syrian decision," the Syrian military source told Reuters. The source said the army was advancing at a "rapid pace", and there was "great dysfunction" in IS's leadership.
Turkey, a NATO member, wants its Syrian rebel allies to lead the Raqqa offensive, and U.S. support for the YPG is a major point of contention between the two states.