‘Canines for a Cause’ donates fund to needy in Oman 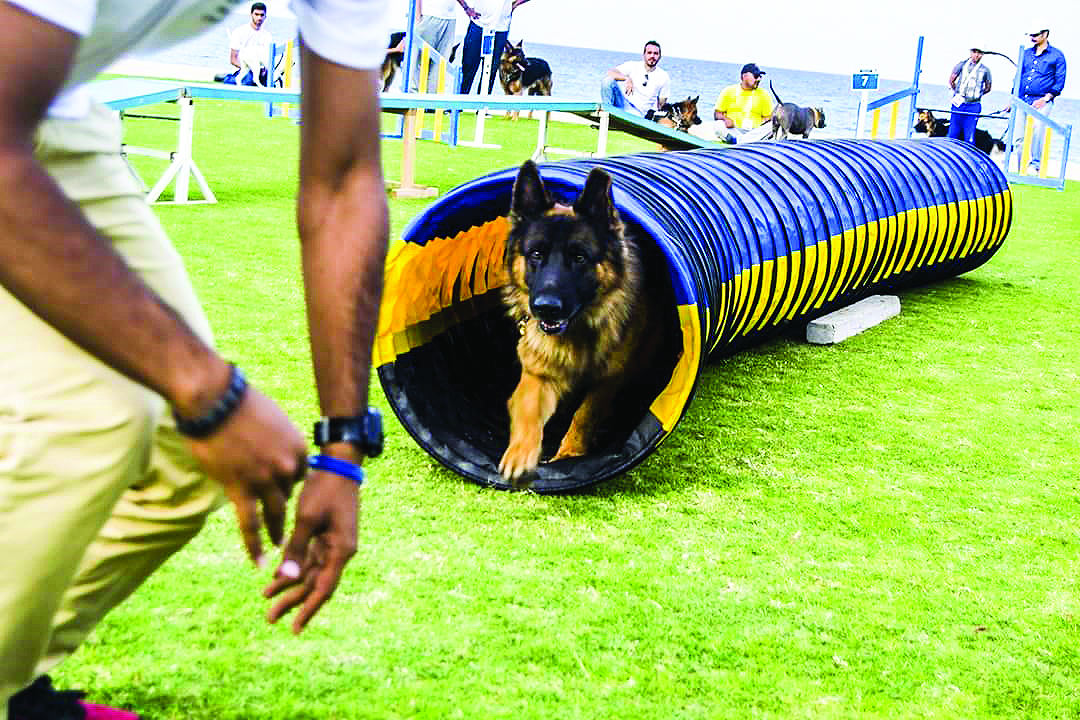 Muscat: Funds from the annual charity event ‘Canines for a Cause,’ organised by Canadian Jebel K9 Training and Services in Oman, were donated to the Oman Diabetes Association, as well as to Omani PAWS.
Each of the two associations was given OMR1,000, with the intention of helping those in need, both humans and canines.
Nabila Hadhrami from the Oman Diabetes Association stated that the funds would go directly to helping their campaign against diabetes.
“We are extremely grateful to the Al Bustan and Canadian Jebel K9 for this charitable donation. Their support to the charities in Oman, including ours, is great. These funds will go towards screening campaigns, workshops for the society, conferences on diabetes and workshops for the nurses, or anything else that serves the goal of the association,” Hadhrami said.
PAWS’ founder Nada Al Moosa said the funds could help neuter 25 female dogs.
“We are extremely grateful for their help and support. Ever since we started work, they have always been helping us. We have received support from them consistently. We are going to help as many dogs as we can with this money,” Al Moosa said.
Alfa Vold, Chief Executive Officer and founder of Canadian Jebel K9 Training, said being able to give back was the whole point of the event.
“It feels wonderful (to donate) and that was the original concept behind the event. We wanted to change people’s view to underline that dogs are actually becoming more and more a part of society. We wanted people to be aware that they can also give something back,” Vold said.
The first charity event was held three years ago, and had a turnout of some 500 people. Last year, 600 people showed up for the event, along with 150 dogs. In 2017, around 800 participants and 196 dogs registered.