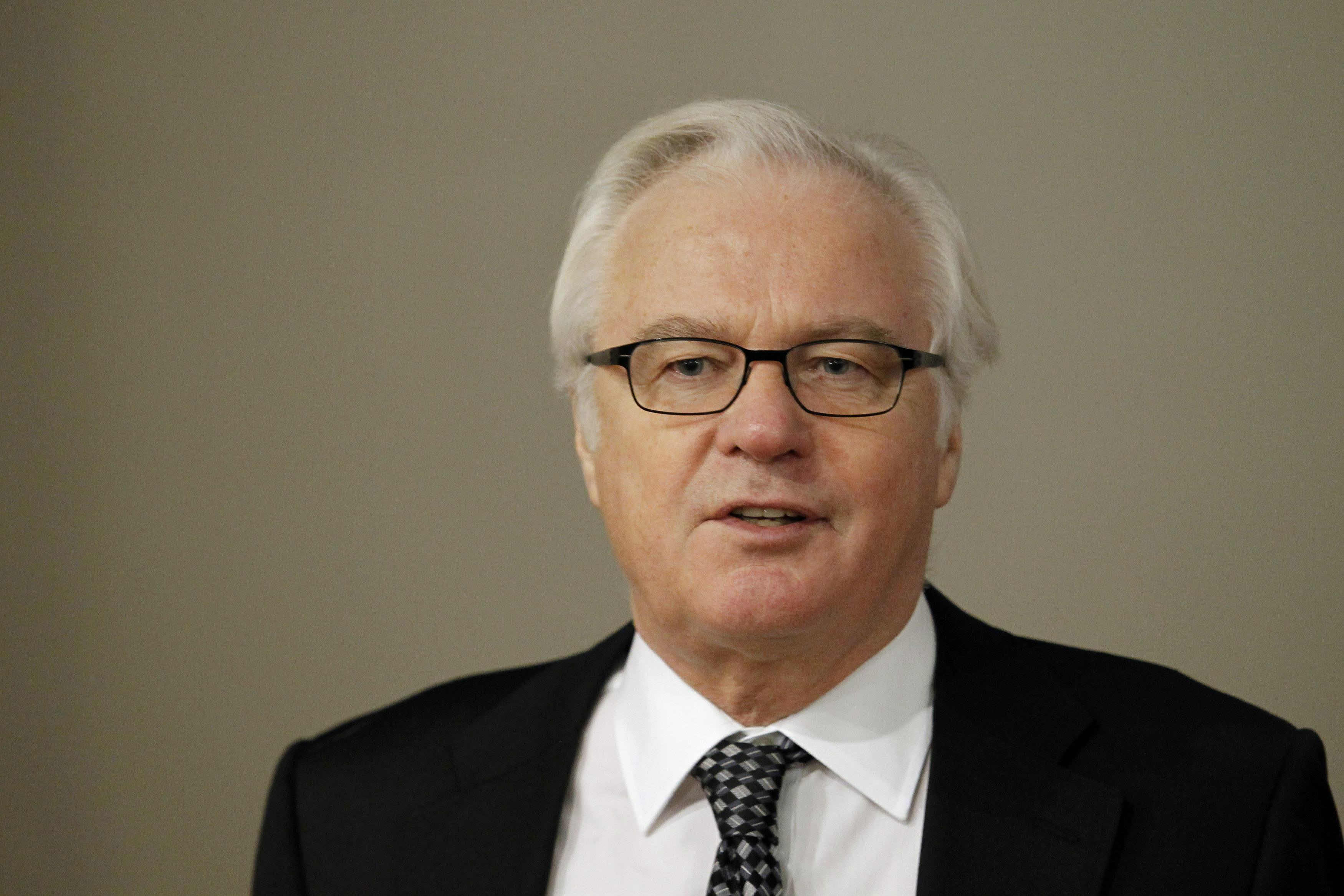 Moscow: Russia's ambassador to the United Nations, Vitaly Churkin, has died in New York, the Russian Foreign Ministry said in a statement on Monday.
The ministry gave no details on the circumstances of his death but offered condolences to his relatives and said the diplomat had died one day before his 65th birthday.
The United Nations is "shocked" by the sudden death of Russia's envoy to the world body, Vitaly Churkin, and has extended its condolences to Moscow, TASS news agency cited a representative for U.N. Secretary-General Antonio Guterres as saying on Monday.