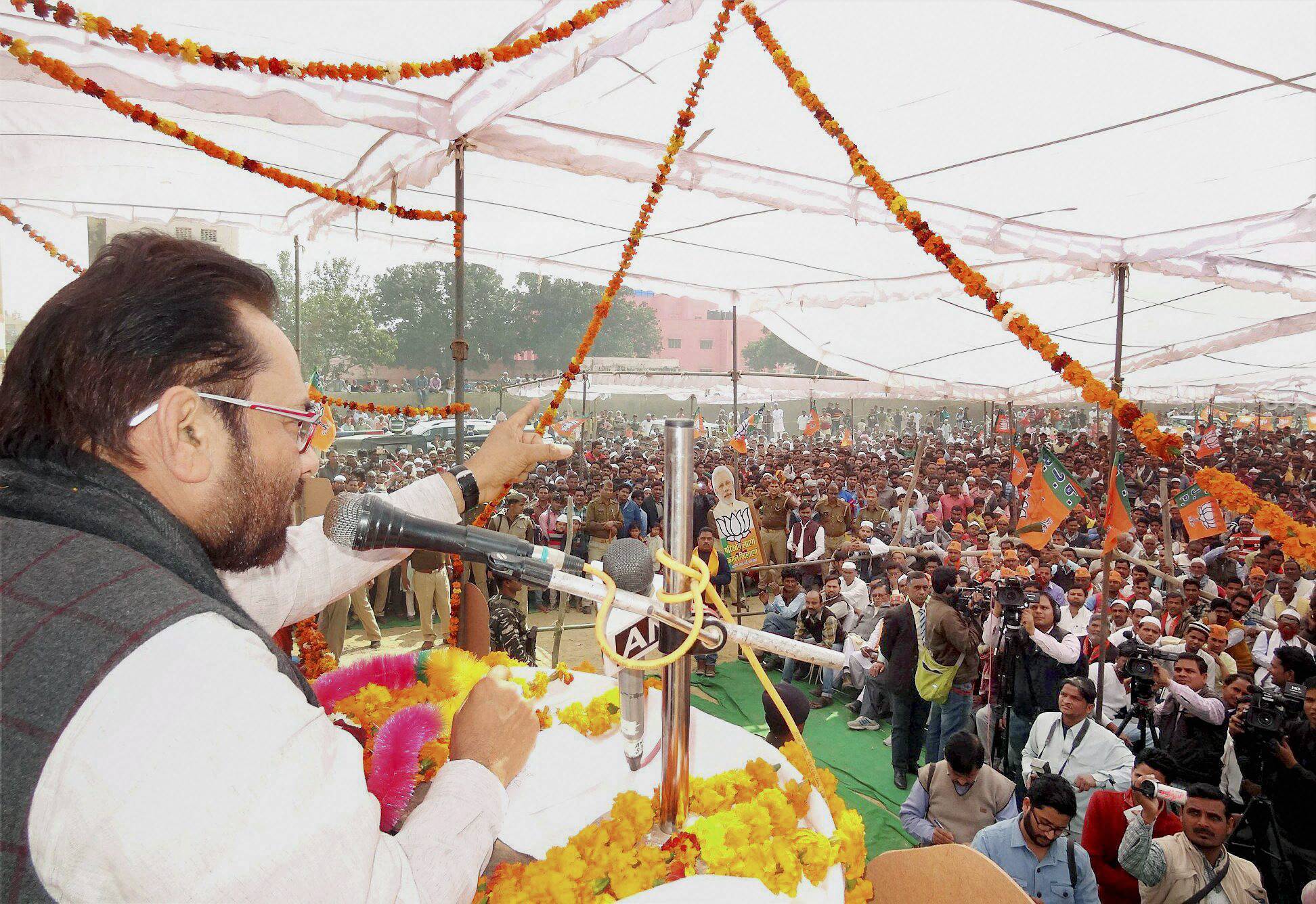 Lucknow: Hectic campaigning for the second phase of Assembly elections in the northern Indian state of Uttar Pradesh will come to an end on Monday in 67 Assembly constituencies spread over 11 districts.
Polling in these constituencies will be held on February 15. The seats are spread across 11 districts - Saharanpur, Bijnor, Moradabad, Sambhal, Rampur, Bareilly, Amroha, Pilibhit, Kheri, Shahjahanpur and Badaun.
In the 67 seats at stake, ruling Samajwadi Party had won 34 seats in 2012, followed by Bahujan Samaj Party 18, BJP 10, Congress 3 and others 2.
While Prime Minister Narendra Modi and BJP President Amit Shah championed the cause of the saffron party, Samajwadi Party-Congress alliance charge was spear-headed by Chief Minister Akhilesh Yadav and Congress Vice-President Rahul Gandhi, besides other leaders of the respective parties.
BSP supremo Mayawati wooed voters addressing one rally after another all by herself, with senior party leader SC Misra chipping in at certain places. Both Modi and Shah slammed Congress and Samajwadi Party, saying Rahul ran a campaign against the SP government and wondered as to what happened overnight that they were embracing each other now.
Akhilesh and Rahul harped on the theme of demonetisation, saying Modi's note ban decision had caused immense hardship to those living in rural areas. Keeping in mind the fact that western UP has vast tracts of agricultural land, Modi played pro-poor and pro-farmers card and reiterated his party's promise of waiving loans of small and marginal farmers and paying the dues of sugarcane growers within 14 days of coming to power.
In her rallies, Mayawati went ballistic against Samajwadi Party, saying the Akhilesh government had let loose a reign of terror with hooligans committing "utmost atrocities" against women. She also accused the Modi government of interfering with the personal law of Muslims and ending reservations for backward communities in jobs and promised to extend quota benefits to the poor among the upper castes.
Her refrain was that if Muslims wanted to defeat BJP, they should not waste their votes by backing SP-Congress alliance. Development, clearance of cane dues and law and order situation were among key issues raised by leaders of various parties in these constituencies, with every political party promising to address them if voted to power. For this phase, 720 candidates are in fray with maximum number of 22 candidates from Barhapur (Bijnor) and minimum of 4 candidates from Dhanaura (Amroha).
Prominent contestants included controversial SP minister Azam Khan and his son Abdullah Azam, who are contesting from Rampur and Suar seats respectively, Saif Ali Naqvi, son of former Congress MP Zafar Ali Naqvi, former central Minister Jitin Prasad from Tilhar (Shahjahanpur), BJP Legislative party leader Suresh Kumar Khanna from Shahjahapur city and state minister Mehboob Ali from Amroha. The fate of these candidates will decided by 22.8 million electorate including over 10.4 millon women. There will be 14,771 polling centres and 23,693 polling stations in this phase.
The other five phases will be held on February 19, 23 and 27 and on March 4 and 8. Counting will be taken up on March 11.