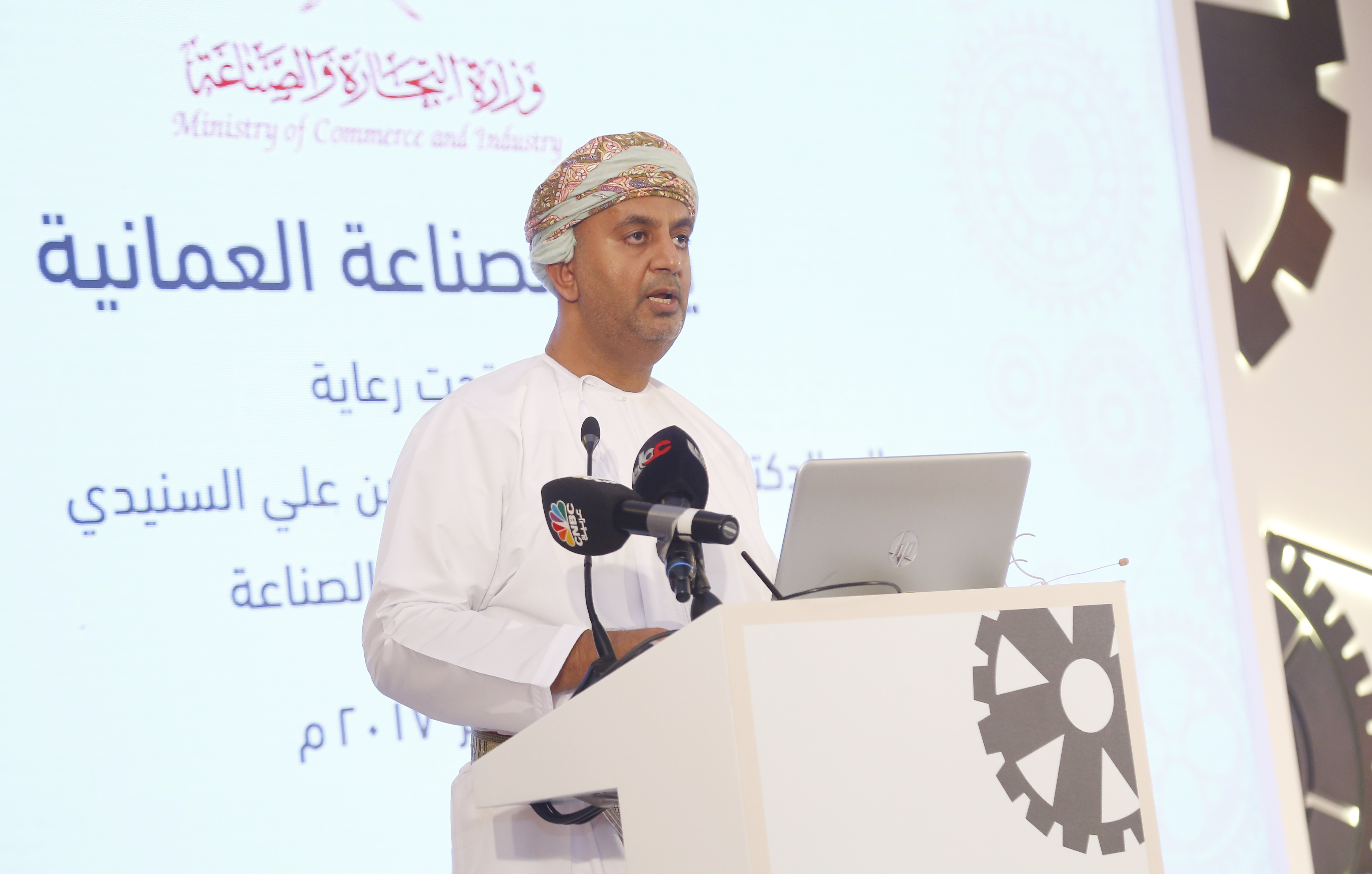 Muscat: Applications for setting up 300 new industrial ventures are being processed by the Ministry of Commerce and Industry for clearance, thanks to a recovery in the country’s investment climate, Dr. Ali bin Masoud Al Sunaidi, Minister of Commerce and Industry, told the Times of Oman in an exclusive interview.
“We are optimistic that if the prices of oil remain at this level, investors will be encouraged to invest in the industrial sector. Existing industries are expanding because of (export potential) in non-traditional markets in Africa, Yemen, Iran and some other Arab countries,” said Dr. Al Sunaidi after an inter-active meeting with the business community.
The commerce and industry minister also said the new projects coming up in Duqm, Sohar and Samayil are manifestations of the encouraging response from investors to set up industrial projects in Oman. “The demand for industrial plots is also good.”
Hilal bin Hamad Al Hasani, the chief executive officer of the Public Establishment for Industrial Estates (PEIE), said last week that the number of projects in various industrial estates has touched 1,688, of which 277 projects are under construction and 349 projects have been allotted land. Oman’s industrial estates had attracted investment to the tune of OMR6 billion till the first half of 2016.
Al Hasani added that the PEIE was able to attract investments of OMR228 million in various industrial estates in the first half of 2016. Moreover, the total leased area in the various industrial estates pertaining to the PEIE had touched 33.2 million square metres by the end of the first half of 2016.
Al Sunaidi said the industrial growth had remained stable in 2015. “However, 2016 was a hard year for the industrial sector. We may see a marginal drop in the case of products related to the petrochemical industry because of a fall in the commodity prices,” noted the minister.
Last week the PEIE said a master plan has been prepared for the Sohar Industrial Estate, taking into account the current seven phases and the surrounding developments. The master plan covers both basic infrastructure and social welfare, such as housing and recreational and commercial facilities, which are required to support the industrial sector.
The first phase of this master plan involves an analysis of the estate’s current status, the current seven phases and the usage of lands and infrastructure, among other aspects. The second phase involves preparation of an integrated master plan; determining the industrial sectors and taking into account the usage of land for each sector; providing and developing the required infrastructure for each sector while considering the recommendations for potential future expansion areas. The third phase focuses on preparing a detailed plan to develop facilities and services.