Athletics: Host of 2017 bests and a wedding present at Millrose 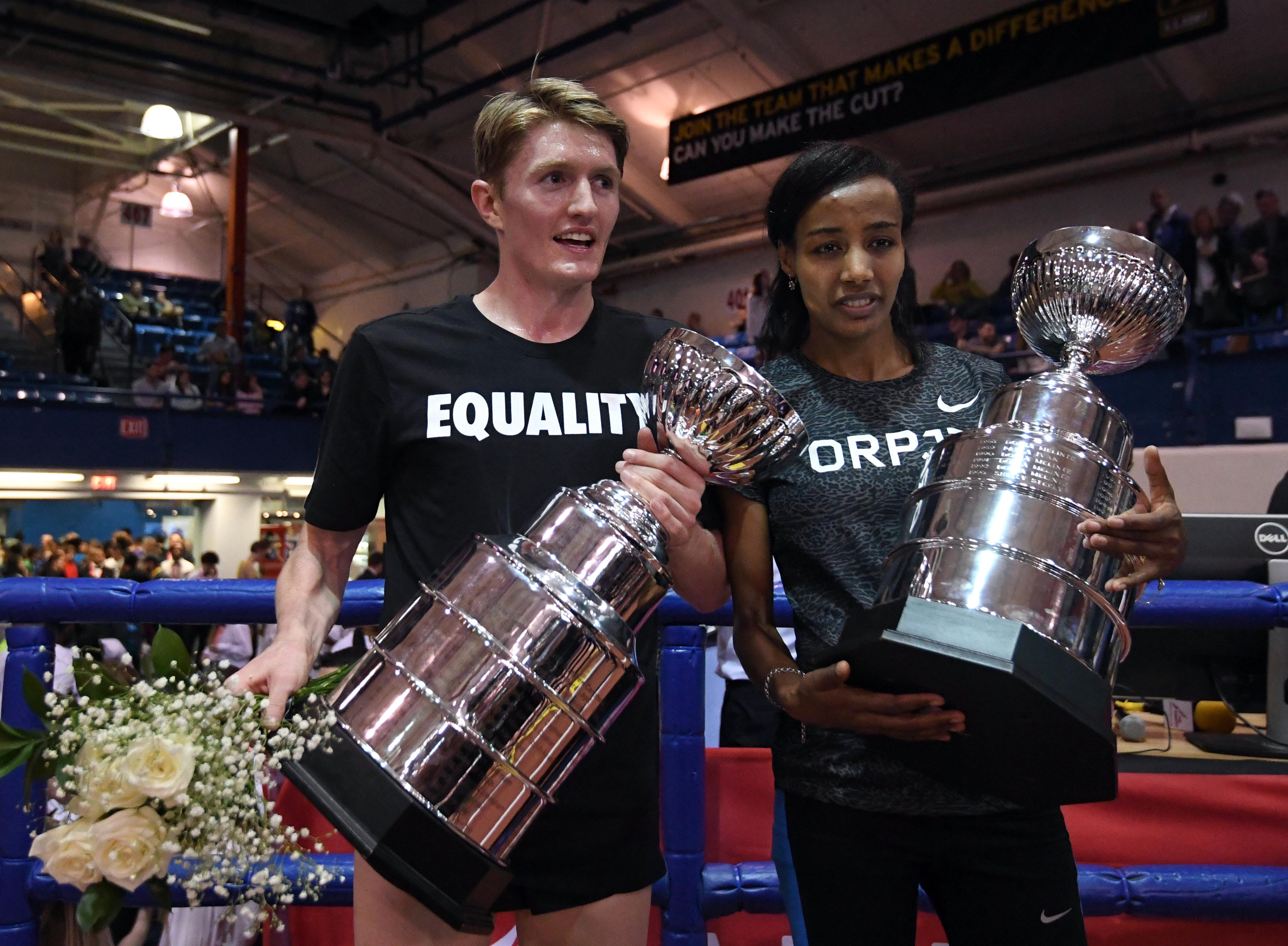 New York: Olympic women's pole vault champion Katerina Stefanidi got back on track, while Rio gold medallist Shaunae Miller celebrated her nuptials with a stunning victory in the 300 metres at the NYRR Millrose Games on Saturday.
Those were two of a slew of top 2017 performances at the 110th edition of the Millrose meet on the fast New York Armory track in uptown Manhattan.
Stefanidi, of Greece, cleared a season-best 4.82 metres to beat American Sandi Morris (4.72) and reprise their one-two finish at the Rio Olympics and reverse her early fortunes this year.
"I've been having a really bad year," an elated Stefanidi told Reuters. "We've been trying to make some technical changes.
"But it's all about being your best for the London world championships. We have the European championships coming up and I had like the fourth-best mark. Now I have the best mark and I'm going in as the favorite in Belgrade."
Last Saturday, Olympic 400m champion Miller was frolicking on the beach in her homeland of the Bahamas and getting married to Estonian decathlete Maicel Uibo.
But Miller got right back to work with a victory in the 300m clocking a season-best equalling 35.71 seconds to beat Ashley Spencer, bronze medallist in the Olympic 400m hurdles.
"I did run a PR, so I'm more than happy. It's pretty funny," said Miller, who hopes to double at 200 and 400 at the London world championships in August.
Asked about her quick turnaround after exchanging 'I do's', Miller said: "It's business. My agent asked if I was up for it and I said yes."
The two-mile race had a dramatic finish with American Ben True edging compatriot Ryan Hill with a season-best 8:11.33.
Hill, the 2016 world indoor championships 3,000m silver medallist, was leading down the final straight until he glanced over his right shoulder just as True was making a charge right past him to victory.
"Kind of instinctively, I always look back and I think looking back was my last bit of energy," said Hill. "I needed one more step. I would look straight for the line next time."
Hill clocked 8:11.56, with Scotsman Andrew Butchart third in 8:12.63.
Matthew Centrowitz, the Rio Olympic 1,500m champion, finished a disappointing seventh as he seeks to mix in some distance races for variety and an eye to his future in running.
"Right now, I'm definitely humbled," said Centrowitz, who clocked 8:21.07 and said he was fatigued.
With Centrowitz, winner of the last two Wanamaker Mile races moving up, the door was open for a new winner in the closing event and fellow Oregon runner Eric Jenkins took the prize in a season-best 3:53.23.
"It's big," Jenkins told Reuters about joining the list of illustrious winners. "It's historic."
Sifan Hassan of the Netherlands won the women's mile in 4:19.89. - Reuters