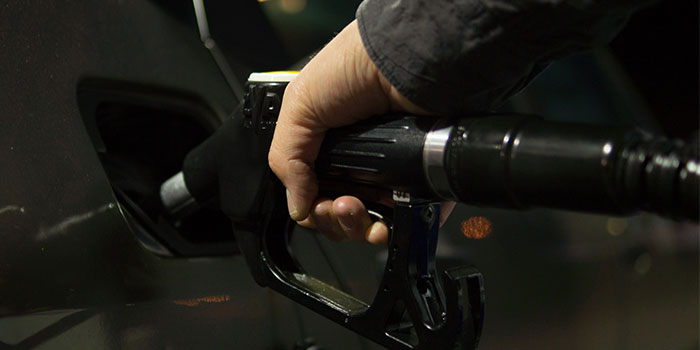 Muscat: A call to fix fuel prices annually instead of monthly has been welcomed by industry experts and the community.
Fuel should be set at a fixed price for the year and those struggling to afford it should be considered, according to Shura Council members after they called a meeting in the wake of the latest fuel hikes.
For the first time in Oman’s history, diesel has crossed the 200 baisa mark and now costs 205 baisas a litre. M95 and M91 have also been hiked in price to 196 baisas for M95 and M91 to 186 baisas. In a matter of weeks, these fuels could also cross the 200 baisa mark.
Also read: No plans to increase bus fares, says Mwasalat CEO
Following the announcement, a special committee at the Shura Council, tasked with tackling economic issues, immediately held a meeting to raise the issue with the government about implementing a ceiling for fuel prices and the possibility of setting a fixed price for the rest of the year.
Eng. Mohammad Abu Baker Al Ghassani, member of the Shura Council representing Salalah, said that those with limited incomes should be considered when making the decision to increase the fuel prices.
“In my personal opinion, people with limited income and Omanis with social welfare should be taken into consideration when making such decisions. Some people might not have a problem to pay this price for fuel but others could find it difficult,” said Al Ghassani.
When asked about what the ideal price should be, he said, “It should be acceptable if the price of fuel is between 120 and 180 baisas.” He added that it is natural for service providers to increase prices to compensate for fuel and if the price was fixed people will not have to bother amending their prices every month.
Ahmed Al Hooti, board member of the Oman Chamber of Commerce and Industry, believes that fuel prices should remain stable all year. “We can’t have so many fluctuations in the economy,” said Al Hooti, adding that the prices should remain in between 120 baisas and what it is now.
Mohammed Shafiqul Islam Bhuiyan, who manages a petrol station at Ghala said: “It will be better if we have one price as our sales get terribly affected once the petrol prices go up, but we should strike a balance. It should not go too much up nor too much down as it affects the people of Oman.”
Economists feel that petrol hikes directly and indirectly affect all major sectors.
“This affects the prices of essential commodities which are transported on a daily basis,” said a Muscat based financial expert.
He added that given the slide in oil prices, the rise in petrol prices is an option that can help reduce the fiscal deficit.
“But compared to other countries it is still the lowest in the world,” he added.
However, others feel that the rise in fuel prices will help the economy and that people must play their part in aiding the government for the greater good.
Yousuf Al Hooti, Project Manager of Marhaba taxi said: “We should help the government anyway we can. Yes, fuel prices are high, be we shouldn’t have a problem paying an extra OMR1.
“If you think about it logically, the increase in fuel prices means the government needs the money to pay other companies; if they can’t pay the companies then people lose their jobs. So we have to play our part in helping the employees keep their jobs.”
Fares for Marhaba Taxis, which will hit the roads in February or March this year, will begin from OMR 3.5 for the first 5 km, according to Ingenuity Technologies LLC.
When asked if fuel prices will affect Mwasalat’s service price, CEO Ahmed Ali Al Balushi, while declining to comment on the Ministry of Oil & Gas increases, said that they are not raising bus ticket prices.
“We will bear the cost ourselves,’ he told Times of Oman.
Anchan CK, an investment advisor in Oman, said “The current price range of oil at around $55 will be bettered, but the past highs of $100 are unlikely to be reached again.
“The IMF has formally recommended Gulf states “impose revenue-raising measures including excise and value-added taxes to help their adjustment to lower crude prices.
“After a grim 2016, the economic outlook for this year also looks disappointing. Spending cuts and delays in the implementation of infrastructure development projects will hurt overall growth. Analysts forecast growth of 1.5% for 2017, which is down 0.1 percentage points from last month’s forecast.
Currently the Government needs money, I feel that the government should continue with the current practice on fuel prices until Oman’s economy recovers,” Anchan CK summed up.
Taxi drivers at Ruwi, however, have decided to increase the prices if the petrol prices go up again. “We will have no other alternative but to increase the prices,” one of them said.