Expect VAT in Oman by next year, experts say 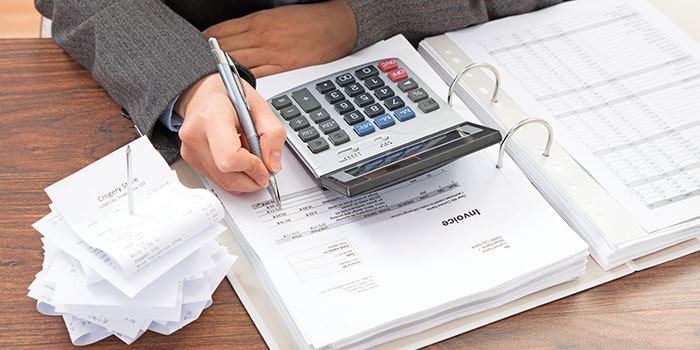 Muscat: You should be prepared to pay Value Added Tax (VAT) in Oman by 2018, according to the experts.
A recent announcement by the Saudi government to implement VAT in 2018 makes its implication inevitable in Oman, analysts say.
Oman will have to take steps to start implementing the new tax regime by next year as the Saudi Cabinet approval signals that the country is ready to push forward with the same, an IMF official said.
The Saudi cabinet, chaired by the Custodian of the Two Holy Mosques King Salman bin Abdulaziz Al Saud, has approved the Gulf Cooperation Council (GCC) countries’ agreement for implementing 5 per cent VAT, the Saudi Agency (SPA) reported, adding that a Royal Decree in this regard was on its way.
“Oman will also have to take the necessary steps soon to initiate the implementation of VAT next year, including the setting up of a Tax Authority, rolling out a legal framework and clarifying the applicable exemptions,” said Dr Nasser Saidi, a member of the IMF’s Regional Advisory Group for MENA and co-chair of the Organisation of Economic Cooperation and Development’s (OECD) MENA Corporate Governance Working Group.
He said preferably, the GCC countries should launch the VAT regime simultaneously, especially given the existing GCC Customs Union agreement.
“The approval by the Saudi Cabinet signals that it is ready to push forward with VAT implementation. However, since the relevant legislation and procedures need to be in place prior to such implementation, it is likely that VAT collection will begin only in 2018 (also based on the joint agreement signed by all the GCC nations in June last year). This will give businesses the time needed to review and amend their procurement processes, operating models and systems, contracts and legal structure to ensure they comply with the new requirements,” he said.
Davis Kallukaran, the managing partner at Crowe Howarth, said the announcement by Saudi Arab will certainly impact Oman as the GCC countries had decided they will implement VAT together.
“I think Oman will speed up the process of (formulating and passing) legislation and (putting in place a) framework to implement the plan along with other GCC countries,” he added.
Though the Saudi state agency did not give any details about the timeline or framework, it is expected that the framework will be the same for all the countries in the GCC, along with country-specific legislation.
“There is no fixed time for all GCC countries to implement VAT but they are expected to do so together, or within a couple of months of each other. By 2018, all the countries would have implemented it,” explained Alkesh Joshi, Head of Tax at Ernst and Young.
“The framework agreement that is to be signed by all the six countries will include items that are going to be taxed and others which will be exempted. We are expecting services like education, healthcare and other indispensable items to be either exempted or taxed at a zero per cent rate. A list will be provided once the framework is confirmed and any item not mentioned in it will be taxed. I think the VAT regime will lead to a 1.4 per cent loss of GDP and will certainly give rise to inflation,” Joshi added.
For a large organisation, the typical period required to implement the VAT regime is 12-18 months, considering the need for IT infrastructure upgrade, employee education and building a VAT-compliant ecosystem in the company. The number of organisations seeking assistance to implement VAT has been rising. As the deadline approaches, more firms are likely to seek such help.
“Currently, large organisations are more active on this front, but we expect SMEs to join in soon,” Joshi added.
“The Saudi announcement means that the plan agreed to at the GCC level will be implemented in all likelihood, and within a defined timetable. Oman, being a signatory to the GCC agreement, will presumably move in line with the other GCC members. Within a Customs Union, the harmonisation of indirect taxes is highly desirable,” said Fabio Scacciavillani, Chief Economist of the Oman Investment Fund.
“Details about the tax are yet to be disclosed, but keeping in view the VAT policies of other state countries, I assume that it will be charged at a rate of 5 per cent with essentials such as food, education and healthcare being exempted. As I foresee, the overall system will be based on the destination principle, according to which VAT is charged on imports and on local supplies of goods and services, and exports are zero-rated. Registered businesses will be required to charge VAT on their supplies, and will be entitled to deduct VAT incurred on their purchases, including capital assets and imports,” added Anchan CK, Managing Director at the Worldwide Business House.
He added that Oman is expected to issue its own national VAT tax legislation based on the common principles agreed to, and VAT would allow Oman to amend the tax policy and other fees and charges and increase infrastructure investment.