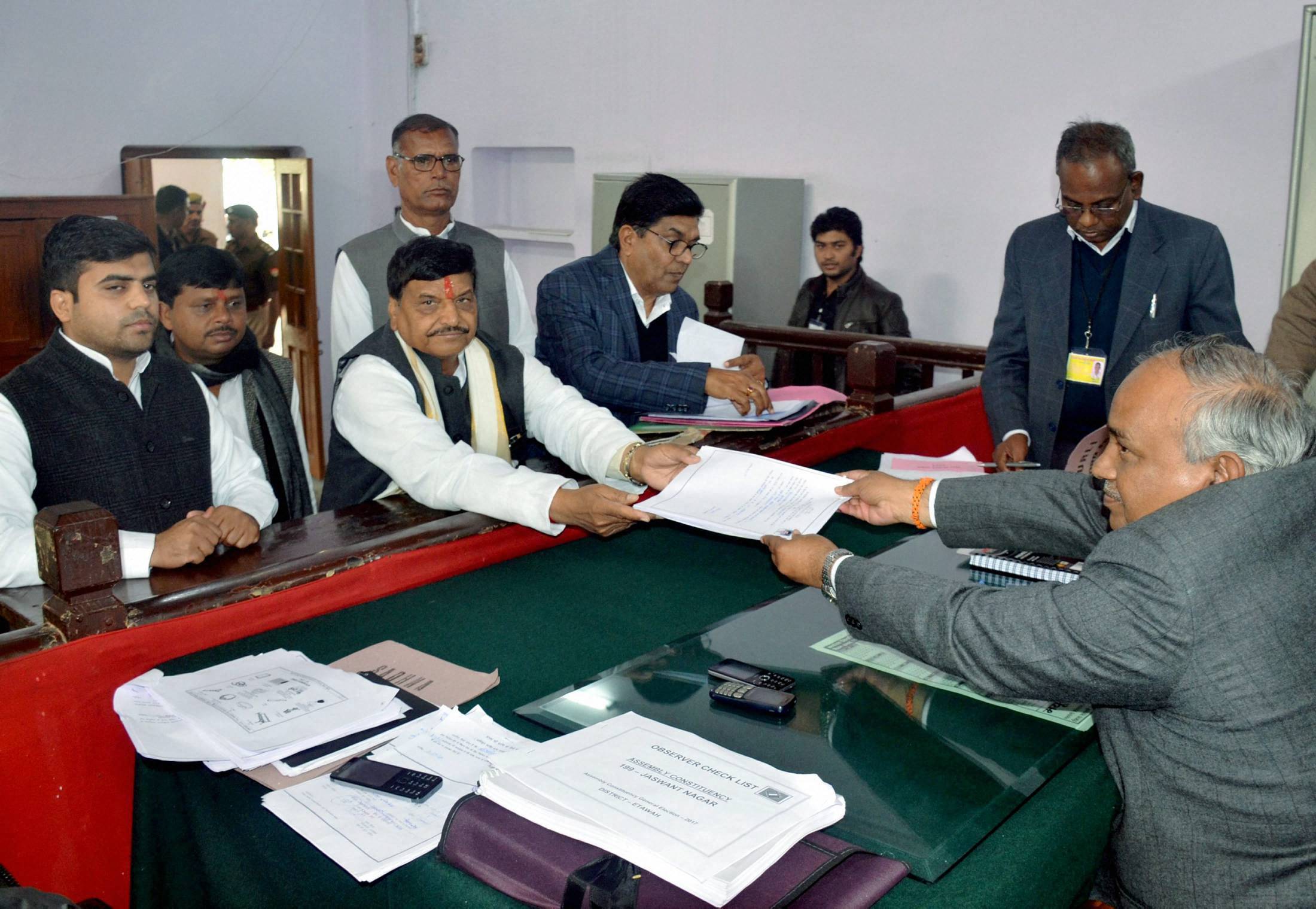 Etawah (Uttar Pradesh): In a new twist to the feud in the Yadav clan, senior SP leader Shivpal Singh Yadav on Tuesday announced that he will float a new party after March 11, drawing sharp retort from Chief Minister Akhilesh Yadav.
"I will form a new party after March 11 when results (of UP Assembly elections) are out," he told his supporters here.
"You make the government, we will make a new party," Shivpal, the warring uncle of Akhilesh, said.
Minutes after the announcement, the chief minister said in Etah, around 100km from here, that those working against the party's interest will not spared. He, however, did not take any name.Indicating that the internal feud in the ruling Samajwadi Party was far from over, Shivpal, who filed his nomination papers for Jaswantnagar Assembly seat in the Yadav bastion here, told a public meeting that he "has been obliged (by Akhilesh Yadav) by getting party ticket...or else I would have contested as an Independent."
"Many supporters wanted me to contest as Independent...had that been the case, I would have been free," he said.
Shivpal said he will also campaign for "rebel" SP candidates who will be contesting the polls. "I will remain solidly behind Netaji (Mulayam Singh Yadav) till my last breath and his humiliation will not be tolerated at any cost," Shivpal said.
"I had told the chief minister that everything is acceptable but not Netaji's humiliation," he said.
Shivpal has been marginalised in the new arrangement in the party after his nephew Akhilesh took over the reins from Mulayam. Besides, he has been completely ignored in campaigning also with his name not figuring in the list of SP's star campaigners.