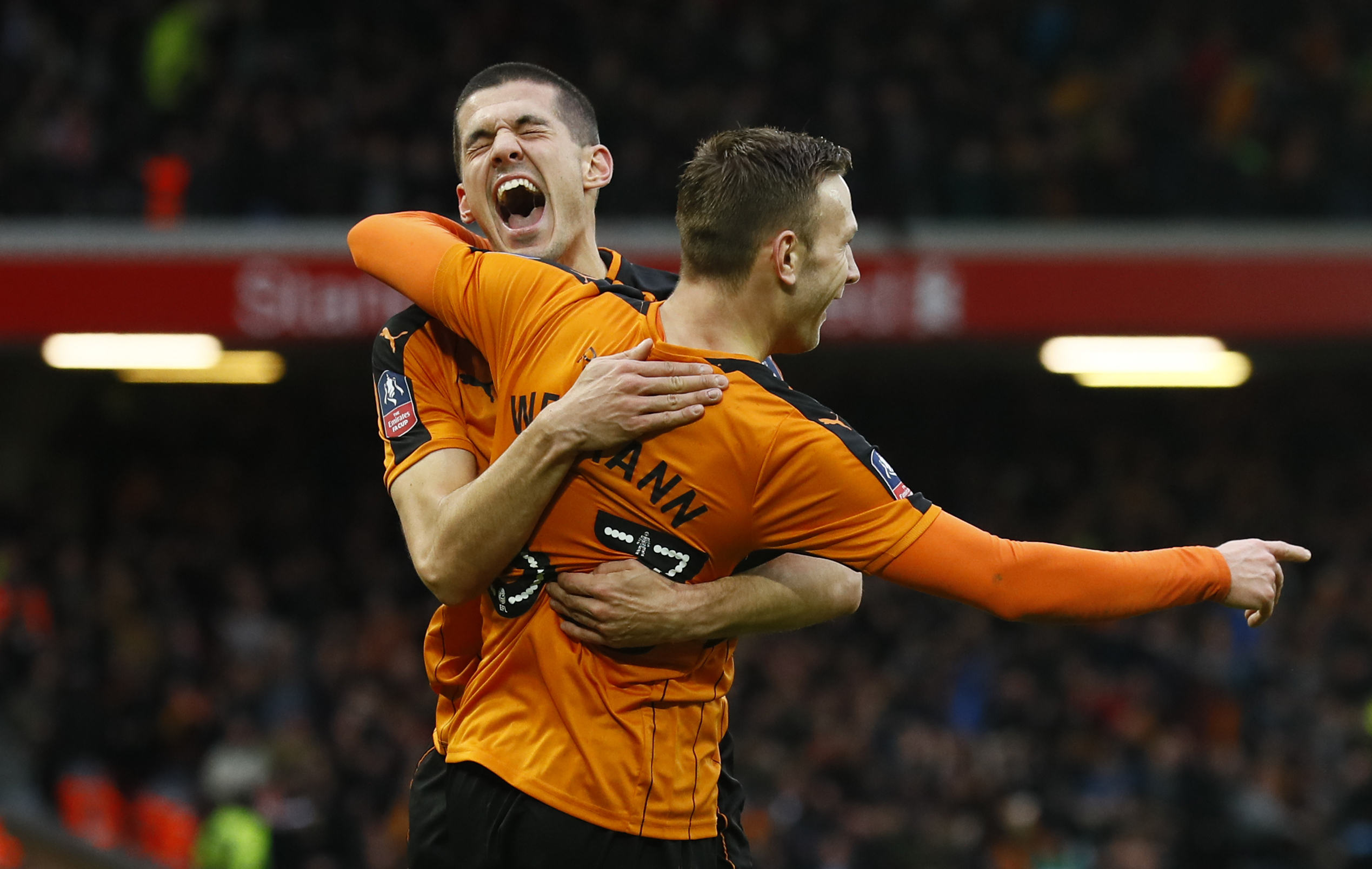 London: Liverpool suffered a shock 2-1 loss to Championship side Wolverhampton Wanderers in the FA Cup fourth round on Saturday, handing manager Juergen Klopp a third home defeat in a row.
Wolves winger Helder Costa turned in a virtuoso performance with a hand in both his team's first-half goals to leave Anfield stunned before Divock Origi grabbed a late consolation for Liverpool.
A despondent Klopp, who rested several first-team regulars, took responsibility for another chastening defeat, three days after Liverpool were knocked out of the League Cup by Southampton.
"I am responsible for the line-up, you cannot blame the players for that, you watch them playing and you learn a lot about them," the German told reporters.
"It was a very bad performance, we started bad, it didn't get better. There are not a lot of good things to say today."
The visitors went ahead in the first minute when Costa swung in a free kick from the right and Richard Stearman headed the ball past a flailing Loris Karius after wriggling free of his marker at the far post.
Costa served Liverpool further notice of his abilities with a mazy run in the 10th minute that left defenders gasping in his wake before his shot was palmed away by Karius.
The Championship team, whose last visit to Anfield in the FA Cup was 65 years ago, extended their lead five minutes before halftime with a sublime breakaway after Liverpool lost possession in the Wolves penalty area.
The ball came to Costa, who raced towards the Liverpool box before evading Alberto Moreno's despairing challenge and playing in Andreas Weimann, who took one touch to get past the onrushing Karius and another to slot home.
Liverpool, fourth in the Premier League, had won only one of their seven games in 2017 and Klopp threw on Philippe Coutinho, Daniel Sturridge and Emre Can to try to spark a revival.
Origi struck four minutes from time to ensure a frenetic finale, but Wolves hung on grimly.
"We deserved to win," Wolves manager Paul Lambert said. "I said that we would try to attack and we got something to hang on to, but when you play here, you have to be big and brave with it. We had to handle the atmosphere. I thought we were excellent."
Later on Saturday, Premier League leaders Chelsea play Brentford, Manchester City visit Crystal Palace, Tottenham Hotspur host fourth-tier Wycombe Wanderers and Arsenal face Southampton.