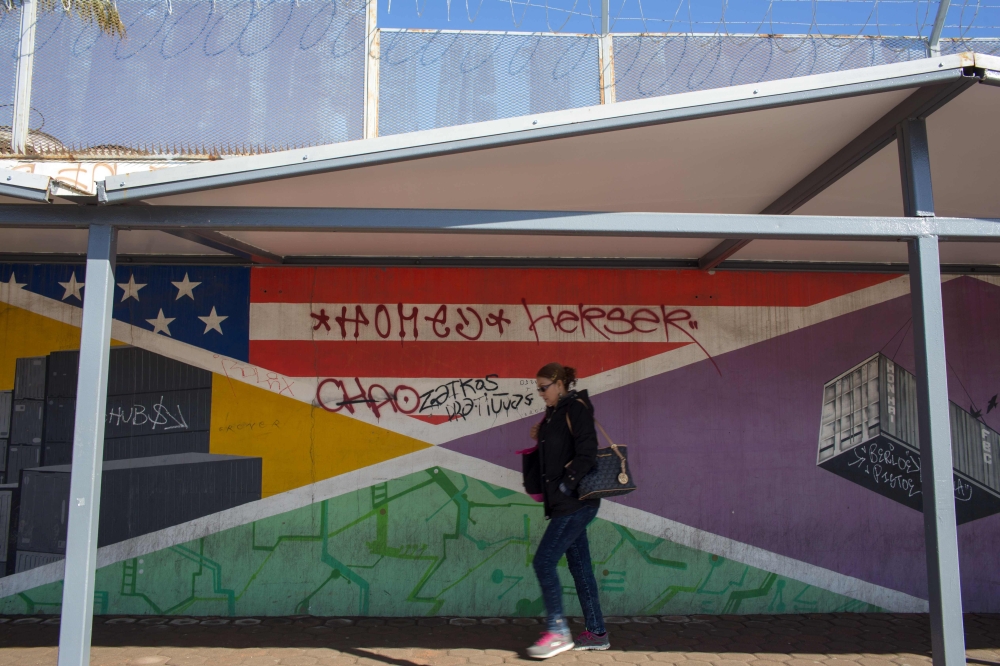 Washington DC - Donald Trump’s pledge to impose a border tax on American companies that make products abroad to sell back in the U.S. is fanning concern such a measure will create a runaway surge in the dollar, wreaking havoc on the global economy. Wrong.

In one of his first major pronouncements as president, Trump told business leaders Monday "if you go to another country” and cut U.S. jobs "we are going to be imposing a very major border tax” on that product. While a border tax could spark a dollar rally in the short term, any improved purchasing power for Americans would probably be cancelled out by retaliation from other nations, according to currency analysts at firms ranging from Citigroup Inc. to Bank of America Corp.

As traders and investors await more clarity on a potential levy, here are some views on what Trump’s threat means for foreign-exchange markets:

How is Trump’s proposal a departure from current policy?

The president wants to target U.S. corporations with plants overseas, intending to wipe out the benefit they gain by manufacturing in low-wage countries and then shipping goods back home.

For most of the past 70 years, the U.S. has been seeking to reduce barriers to free trade by lowering tariffs. About half of all industrial goods entering the U.S. come in tariff-free, and the ones that face tariffs are largely clothes, footwear and motor vehicles.

Trump’s proposed taxes on imports from nations such as China and Mexico may help initially reduce America’s trade deficit with these countries, yet it also risks raising costs for U.S. companies on imported goods and prices for America’s consumers.

How would the border tax affect the dollar?

The dollar will probably rise 2 percent to 4 percent this year on a trade-weighted basis if moderate corporate-tax changes are pushed through, said Greg Anderson, global head of foreign-exchange strategy at Bank of Montreal in New York. But the greenback could easily rally 10 percent to 20 percent if radical reforms are implemented, he said.

The time frame matters, according to Steven Englander, global head of Group-of-10 currency strategy at Citigroup. "The incentives in the tax plan could make the U.S. dollar rise very sharply,” he said in a note. "But the payback will be brutal once these initial incentives fade.”

What if other nations retaliate?

Any benefits from a border tax could be cancelled out if other nations impose tariffs from abroad on U.S. exports entering their counties, according to Ethan Harris, Bank of America Merrill Lynch’s head of global economics in New York.

"There will be significant upward pressure on the dollar if you implement a policy that encourages exports and discourages imports,” Harris said. But "if the foreign governments then do the same thing, encourage their exports and discourage imports from us, then you are cancelling out the imbalance in the currency market.”

While the U.S. has three branches of government to provide strong checks and balances to power in any one area, presidents have strong unilateral authority on trade policy through tariffs. While the Constitution gives Congress the power to regulate commerce with foreign nations, lawmakers over the years have delegated much of that power to the executive branch.

At the same time, a reform package developed by House Republicans for a corporate tax overhaul includes a border tax adjustment measure which would effectively subsidize exports and tax imports.

How to trade it?

Financial markets are underestimating the risk of the U.S. and other nations shifting toward protectionist policies that slow global trade, says Adam Cole, head of global foreign-exchange strategy in London at Royal Bank of Canada.

"If we move on from here to think about protectionism and corporate taxation, then the dollar will gain particularly versus European currencies -- such as euro, sterling, Swiss franc,” Cole said. The yen’s going to be more insulated in that case, because "Japan is more of a relatively closed economy like the U.S.,” he said.