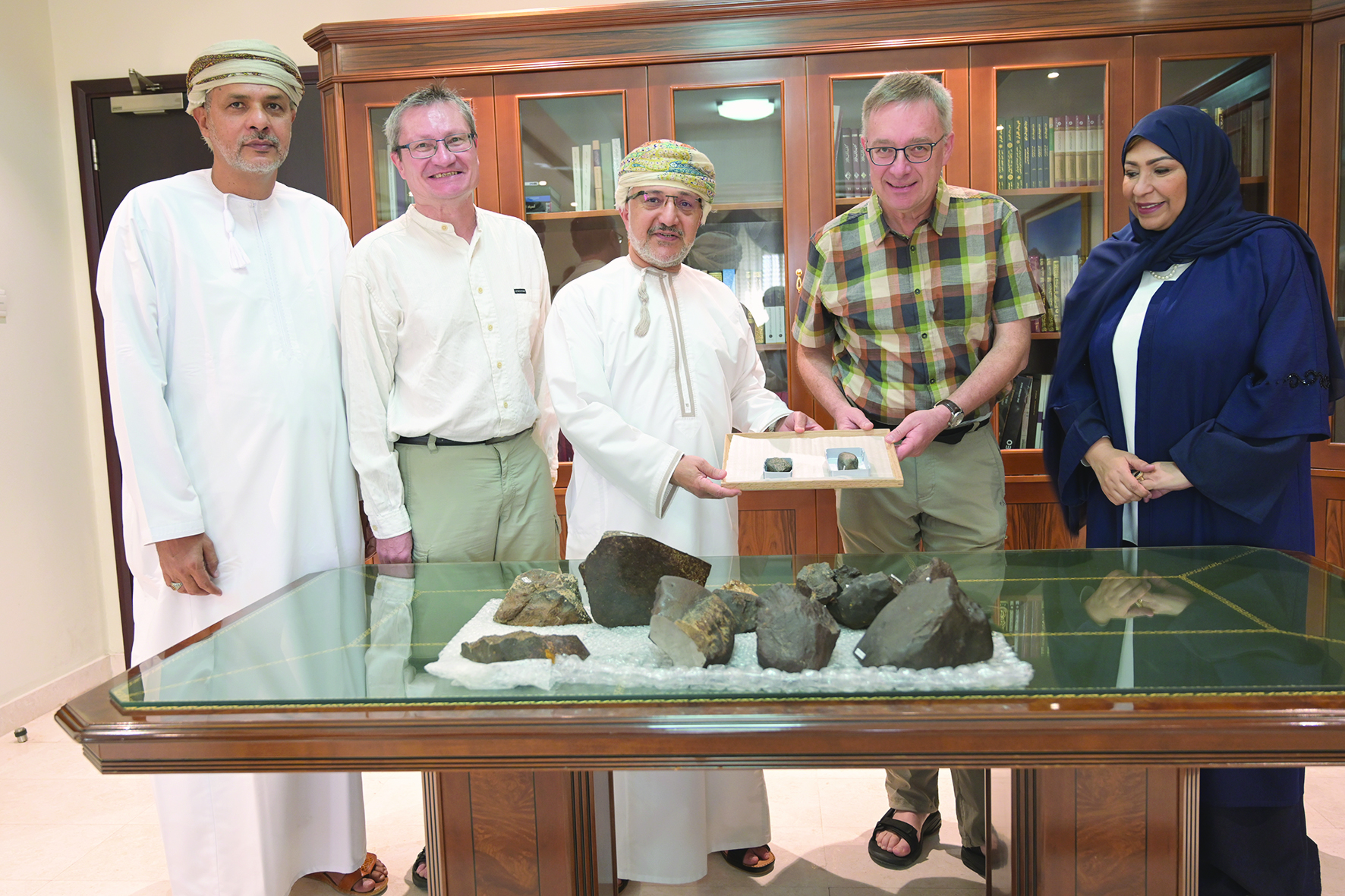 Muscat: Following a process of survey, classification and monitoring in Switzerland, the first batch of Omani meteorite sections have returned to the Sultanate, the Ministry of Heritage and Culture has said.

“At the headquarters of the Ministry of Heritage and Culture, the first batch of Omani meteorites that were in the custody of the Natural History Museum in the Swiss capital, Bern was handed over yesterday in accordance with the memorandum of understanding signed in 2009, to study and classify the meteorites that yielded important information of these meteorites, relating to their different origins, which will help protect and preserve them according to the proper standards,” said the ministry.

“The first group includes two rare meteorites that are seldom found at global level, and originate from the moon and Mars, and date back billions of years,” added the ministry. “This comes with the start of the arrival of a team of Swiss scientists to continue the three-week survey program covering specific areas of the governorates of the Sultanate.”
**media[1097671]**
In a statement, HE Salim bin Mohammed Al Mahrouqi, the Undersecretary for Heritage Affairs at the Ministry of Heritage and Culture, said: “Receiving these rare meteorite segments is the beginning of the return of meteorites that have been collected, classified and studied during the past years with the participation of an Omani team of specialists, according to the cooperation program between the ministry and the Natural History Museum in Bern, along with the University of Bern, which is considered to be the leading global research centre in geological studies.”

“The receiving of the meteorites represents an extension of a series of procedures taken since the transfer of the functions of the Department of Geological Heritage to the Ministry, and this includes the process of listing and assembling all meteorites in the Sultanate and protecting them, and building a database according to a classification program based on the classification of meteorites,” he added. “Capacity is being built and developed to manage this important sector of our geological heritage, as well as the signing of a new agreement with the Swiss team, which includes concerted and scientific procedures that lead to benefiting from the important and rare nature of Oman meteorites.”