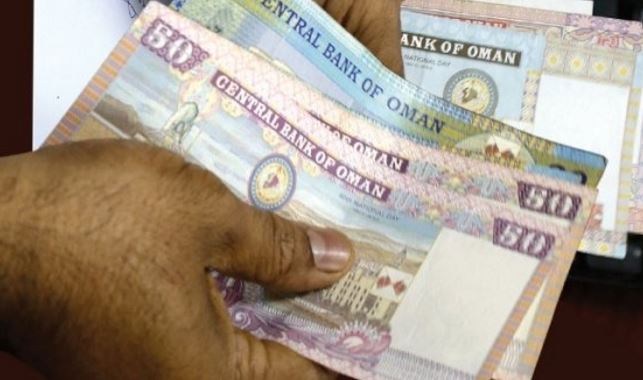 MUSCAT: Loan sharks are charging exorbitant interest rates as hard-up families and small businesses in Oman turn to illegal money lenders to make ends meet.
With employees reporting delays in salary and contractors failing to pay up due to the current economic climate, social workers say more and more people are resorting to borrowing in the black market, with some giving up their passports or writing blank cheques as security for the loans they take.
The Central Bank of Oman has capped lending at six per cent interest, which is the maximum banks can charge customers, but loan sharks are charging those desperate enough to seek their services up to 120 per cent interest.
An expatriate in Muscat, who asked not to be named, said he is paying OMR100 in interest every month for the OMR1,000 he had taken from a money lender six months ago.
“I had to buy a new video camera and other equipment for my work. It was urgent. So I had to take loan from a money lender. Now, as my payments are delayed, I am not able to pay even the interest. It’s a fearful situation, and I am now looking for another money lender to clear the existing loan. I know it’s a trap, but there is little I can do about it. Had I received my payment in time, I would have gotten out of this situation.”
Social workers say the going rate in Muscat is OMR10 interest per month for OMR100. “Due to delays of months in salary, many are taking money from illegal money lenders. Sometimes, it is to send money home to pay off loans there or to meet a medical emergency,” said one social worker on condition of anonymity.
“Delay in payments on the part of main contractors and a drop in business is forcing many small-time businessmen to take loans from illegal money lenders by pledging passport and blank cheques. Some are paying OMR7 as interest every month while in some other cases, lenders are asking for even OMR10 and above.
“The number of such cases coming to us is going up. Every week, we receive at least two cases of this kind.” According to the social worker, many cases involve people running small shops supplying construction material.
“As the industry is down, their payments are being delayed. To keep businesses afloat, they are forced to take money from illegal money lenders,” the social worker added.
Recently, the social worker had to help settle cases involving amounts of OMR85,000 and OMR22,000.
“In the case involving a sum of OMR85,000, we had to bring both parties to the table and find a solution. The person who took loan sold his property in India and returned the money. In the other case involving an amount of OMR22,000, the person who took the loan went missing,” the social worker added.
Pay back
The person who took the OMR85,000loan had to pay back nearly OMR200,000 as simple interest plus compound interest for delays and the principal amount.
In 2013, the Central Bank of Oman’s loan interest rate ceiling was fixed at six per cent per annum for personal and housing loans. Some banks in Oman offer rates of less than four per cent to lure more customers.
Some illegal lenders are also offering money in lieu of gold as a guarantee. For 20 sovereigns of gold, a sum of OMR2,000is offered with OMR200 as monthly interest.
One financial analyst warned of the dangers of falling prey to loan sharks.
“Borrowing OMR1,000 for 12 months from an illegal money lender actually means repaying OMR2,200, which amounts to 120 per cent interest. The bank rates are less than six per cent,” Jose Chacko, a financial crime analyst in Muscat, counselled.
“When interest payments are delayed, loan sharks land at the door, demanding they be repaid along with the accrued interest. I know cases where the borrowers had to change homes just to buy time for repayment,” Jose added.
May Al Bayat, marketing manager at Dar Al Atta’a, said this year they have not come across such cases but advised people not to take loans from loan sharks.
“Manage your budget properly. Don’t overspend. Don’t put yourself in a situation where you have to take loans from illegal money lenders,” she said.