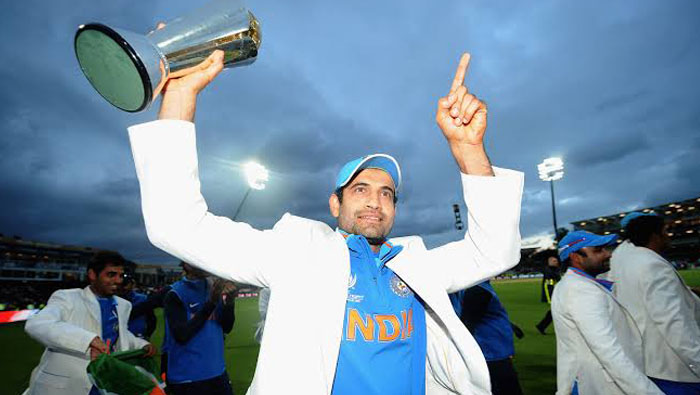 New Delhi: Irfan Pathan, the former India all-rounder, has announced his retirement from all forms of international and domestic cricket.

Pathan, 35, who last turned out for India in 2012, finishes with 2,821 runs and 301 wickets from 173 internationals across formats. Having played his last first-class game a year ago in the Ranji Trophy, he has a total of 4,559 first-class runs to go with 384 wickets.

"It has been a great journey," he said on Star Sports, where he is a commentator. "I played cricket with all my heart and soul. I am really proud of it and when I look back, I feel happy with my achievements. It’s been a great career."

The Baroda-born left-arm pacer came onto the scene at a time when India were searching for a pace-bowling all-rounder who could win them matches, and quickly was left carrying expectations to be the next Kapil Dev. A successful debut tour of Australia in 2003-04, where his reverse swing saw the backs of Adam Gilchrist and Steve Waugh, followed by a series in Pakistan where he finished with 12 wickets from three Tests, only added to the excitement around him.

Two years later, he was back in Pakistan to become only the second Indian to take a Test hat-trick while reducing them to 0/3. In 2007, he was part of the young Indian side competing in the maiden T20 World Cup, and was Player of the Match in the final against Pakistan for his 3/16 as MS Dhoni's men lifted the trophy.

His good form against India's arch rivals continued later that year when, playing his first Test in 18 months, he made his maiden Test century in Bengaluru. The following month in 2008, he starred with bat and ball in Perth, making a valuable 46 from No.3 in the second innings, while claiming five wickets in the match, to be Player of the Match in a famous win for India.

However, injuries plagued his career, and his form and pace often suffered. While he was a part of the victorious Champions Trophy-winning side in 2013, he played his last match in India colours during the 2012 T20 World Cup in Sri Lanka.

In recent years, he has been involved in commentary and while he was still playing on the domestic circuit, took on a role with a focus on mentoring younger players.

"In domestic cricket, too, I have been part of Jammu and Kashmir cricket and after last season, I thought what’s the motivation to play any more?" Pathan said. "I will keep contributing to Indian cricket, but it is always better if someone else takes my place in domestic cricket. There are lot of other things in store for me and I will keep focusing on them."