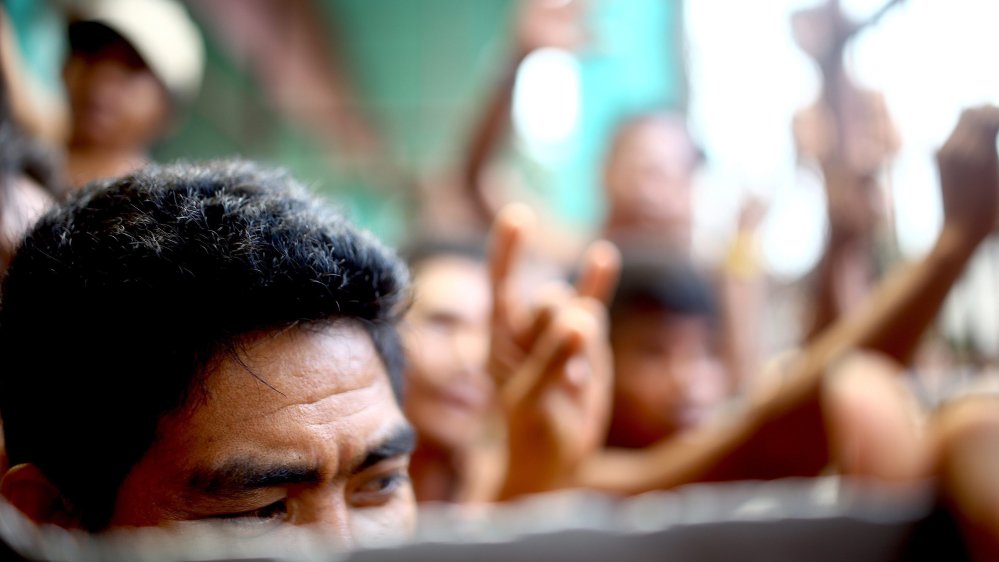 Manila: Armed men with links to rebels stormed a prison early on Wednesday in the southern Philippines, killing a guard and freeing more than a 150 inmates, police said.
The Southeast Asian nation has for decades been plagued by insurgencies by Muslim rebels in its southern islands, with President Rodrigo Duterte seeking to promote broad peace in the predominantly Catholic country.
The gunmen opened fire at guards at the North Cotabato District Jail in Kidapawan city around 1:00 a.m. (1700 GMT), prison warden Peter Bongat told a local radio station. Of the jail's 1,511 inmates, 158 managed to escape and four were recaptured, he said.
"It's well planned. Escapees used blanket as their getaway...We have a manhunt operation," said Bongat. In 2014, the government signed a peace deal with the MILF, the biggest Muslim rebel group but clashes still occur with smaller groups.