Oman Wellness: How do you combat eating disorders? 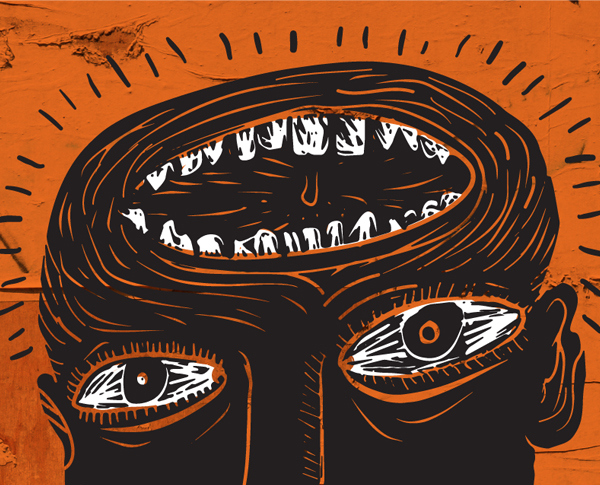 People with anorexia feel they can never be thin enough and continue to see themselves as “fat” despite extreme weight loss. Anorexia nervosa can lead to complications, including emaciation, low heart rate, low blood pressure, dry scaly skin, brittle hair and nails, digestive and menstrual disruptions, abnormal laboratory tests and low bone density, leading to fragile bones and a likelihood of getting fractures.

Anorexia nervosa is often associated with other mental disorders such as anxiety, mood disorders, impulse control, conduct disorders, and substance abuse. Patients who suffer from anorexia nervosa need to be treated by a team of experienced professionals, most often as an outpatient.

Very sick patients, however, need admission to hospital. Bulimia nervosa is marked by cycles of extreme overeating, known as bingeing, followed by purging or other behaviours to compensate for the overeating. It is also associated with feelings of loss of control about eating. Bulimia is more common in women and is characterised by eating very large amounts of food at one time. Those patients cannot stop eating or control what and how much they are eating.

Patients with bulimia nervosa compensate for the abnormal amounts of food they eat purging, including self-induced vomiting, inappropriate use of medications such as laxatives and diuretics, fasting, and excessive exercise. These behaviours allow them to maintain a normal weight. Persistent vomiting can cause complications, including dehydration, electrolyte disturbances, menstrual irregularities, esophageal tears, and eroded teeth. As in anorexia, patients with bulimia can have other mental diseases that need to be addressed.

The treatment includes nutritional rehabilitation and psychotherapy and, sometimes medications, and should be provided by a team of professionals experienced in eating disorders. Binge eating disorder is characterised by regular episodes of extreme overeating and feelings of loss of control about eating. Those patients typically feel guilty, ashamed, embarrassed or depressed after their binges, so they usually eat alone. In contrast to people with bulimia, they do not purge and are consequently overweight or obese.

Binge eating disorder is associated with the complications of obesity such as chronic pain, diabetes, and high blood pressure. These patients are also more predisposed to mental diseases such as phobias, anxiety, depression, attention deficit hyperactivity disorder, alcohol use, and personality disorders. Binge eating disorder is treated with psychotherapy — both cognitive behavioural and interpersonal therapy help — and behavioural weight loss therapy. Medications can be used if psychotherapy is inconvenient, inaccessible or too expensive, but they work less well than counselling. Binge eating can be controlled by maintaining a healthy lifestyle, getting engaged in creative work, avoiding junk food, alcohol and smoking, and eating balance diet in intervals.

Eating disorders tend to develop during the teenage and young adult years, and they are much more common in girls and women. No one knows the precise cause of eating disorders, but they seem to co-exist with psychological and medical issues such as low self-esteem, depression, anxiety, trouble coping with emotions, and substance abuse. For some people, a preoccupation with food becomes a way to gain control over one aspect of their lives.

Although it may start out as simply eating a bit more or less than usual, the behaviour can spiral out of control and take over the person’s life. Eating disorders are a serious medical problem that can have long-term health consequences if left untreated. It’s common for people with eating disorders to hide their unhealthy behaviours, so it can be difficult to recognise the signs of an eating disorder, especially early on. Eating disorders are diseases that cause a lot of physical and emotional suffering but can be diagnosed and treated. — [email protected]