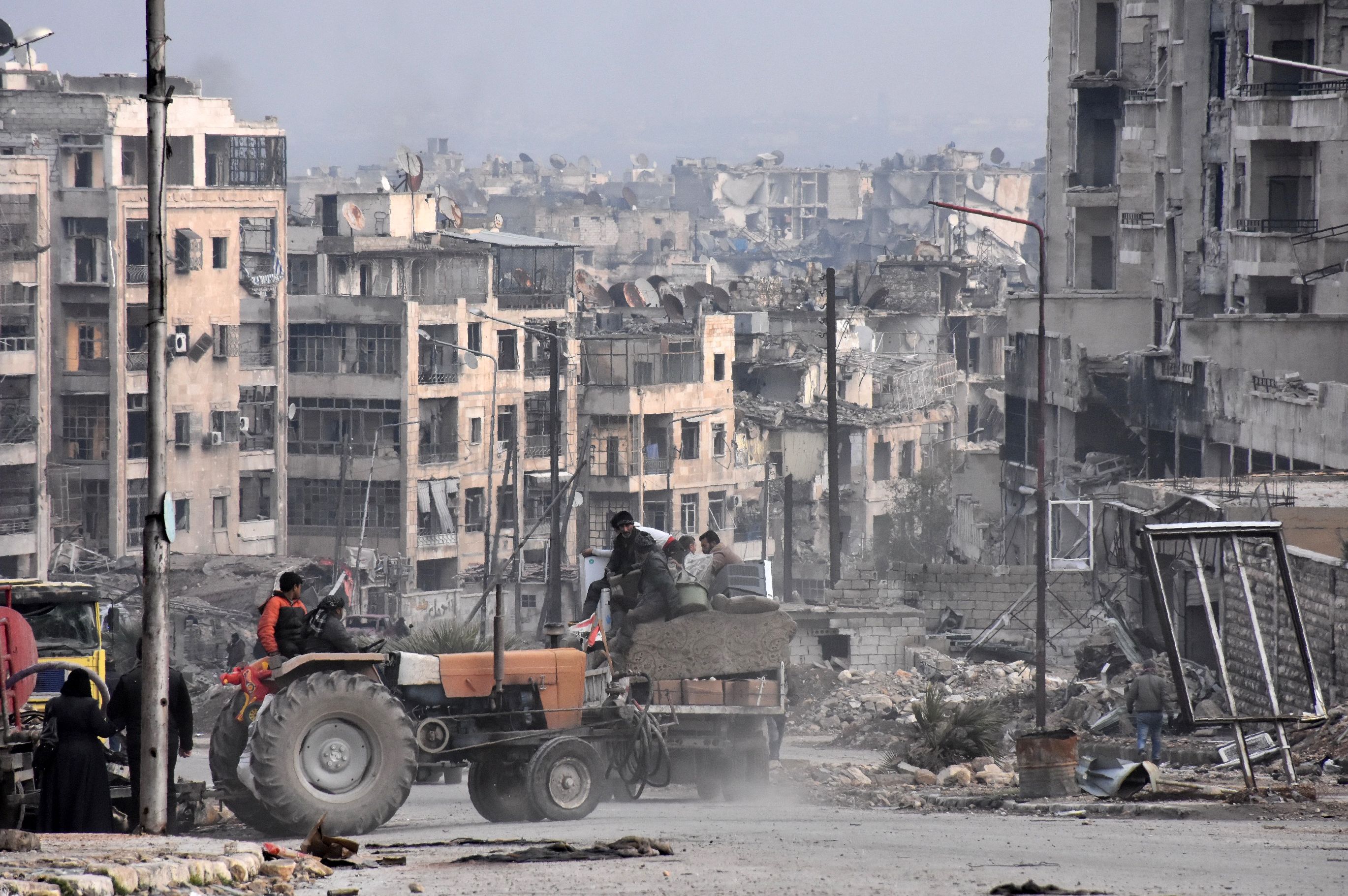 The fall of Aleppo to forces loyal to Syrian President Bashar Al Assad is neither the end of the beginning nor the beginning of the end of Syria’s five-and-a-half-year-old civil war – a war that is also a proxy, regional, and to some extent global conflict.
The next major battle will be fought in Idlib province; the only question is when. And even after that, the war will continue to fester in various parts of what will remain a divided country.
Even so, now is a good time to take stock and focus on what has been learned, if only to learn from it. Little in history is inevitable, and the outcome in Syria is the result of what governments, groups, and individuals chose to do – and what they chose not to do. Indeed, not acting in Syria has proved to be as consequential as acting.
At no point was this clearer than when the United States did not fulfil its threat to make Assad’s government pay for its use of chemical weapons. That proved to be a missed opportunity not only to alter the momentum of the conflict, but also to underscore the principle that any government that uses weapons of mass destruction will regret it. Enforcement, after all, is essential to the effectiveness of future deterrence.
Deriving additional lessons requires going back to 2011, when peaceful anti-government protesters were met with deadly force, leading US President Barack Obama and others to demand that Assad step down. Here, too, no action or resources backed the strong rhetoric. The emergence of such a wide gap between means and ends almost always dooms a policy to failure.
This is especially so when the goal is regime change, and when the incumbent regime represents a substantial minority of a divided population. These circumstances tend to give rise to winner-take-all – and loser-lose-all – struggles. Not surprisingly, those with the most to lose tend to conduct the fight with enormous tenacity.
Scholars of international relations often write about the perceived limits to the utility of military force. But Syria shows that military force can be decisive – especially when applied in massive doses, with little concern for the number of civilians killed or displaced. Russia, Iran, and Assad’s government all demonstrated what large-scale and often indiscriminate use of military force could accomplish.
Another casualty of the Syria conflict is the term “international community.” In fact, there is little in the way of a global community of thought or action. And, with more than 500,000 dead and another ten million displaced in Syria, the much-vaunted doctrine of the “responsibility to protect” (R2P) has been exposed as well.
Adopted unanimously by the United Nations General Assembly in 2005 (partly in response to Rwanda’s genocide a decade earlier), R2P was premised on the notion that governments are obliged to protect their citizens from physical harm. When they are unable or unwilling to do so, according to R2P, other governments are obliged to intervene to protect those being subjected to harm.
If any government failed to meet the R2P norm, it was Syria’s. But the international intervention that came about was not designed to protect innocent lives or to weaken the government’s hold on power; instead, it was designed to ensure that the government prevailed. And it succeeded.
The international community did only somewhat better when it came to responding to the massive refugee crisis caused by the war. The fact that many countries have been unwilling to open their borders to meaningful numbers of asylum-seekers highlights the reality that the best refugee policy is one that prevents innocent men, women, and children from becoming refugees in the first place.
Diplomatic efforts failed to achieve much in the way of saving Aleppo or its inhabitants, and they are no more likely to bring an end to the war. However talented and committed diplomats may be, diplomacy tends to reflect, not create, realities on the ground. Future diplomatic efforts to bring about an end to the fighting or a particular political outcome will succeed only to the extent that the military balance and trends allow.
Looking ahead, Assad’s government will remain in place and in control of much, but not all, of the country. Various terrorist groups, less radical rebels, proxy forces such as Hezbollah, the Turkish army, Syrian Kurdish forces, and others will compete for control of particular regions. Outsiders, such as the US, would be well advised to accept this reality for the immediate future and focus their energies on stabilizing areas liberated from the IS, protecting civilian populations, developing political and military ties with non-terrorist groups, and forging local cease-fires to prevent further Aleppos.
The goal of bringing about a transition to a different and more broad-based government should be maintained. But that is a long-term proposition. The lesson of the last five and a half years must be taken to heart: those who engage Syria with limited will and limited means must set limited goals if they are to accomplish even a limited amount of good. - Project Syndicate