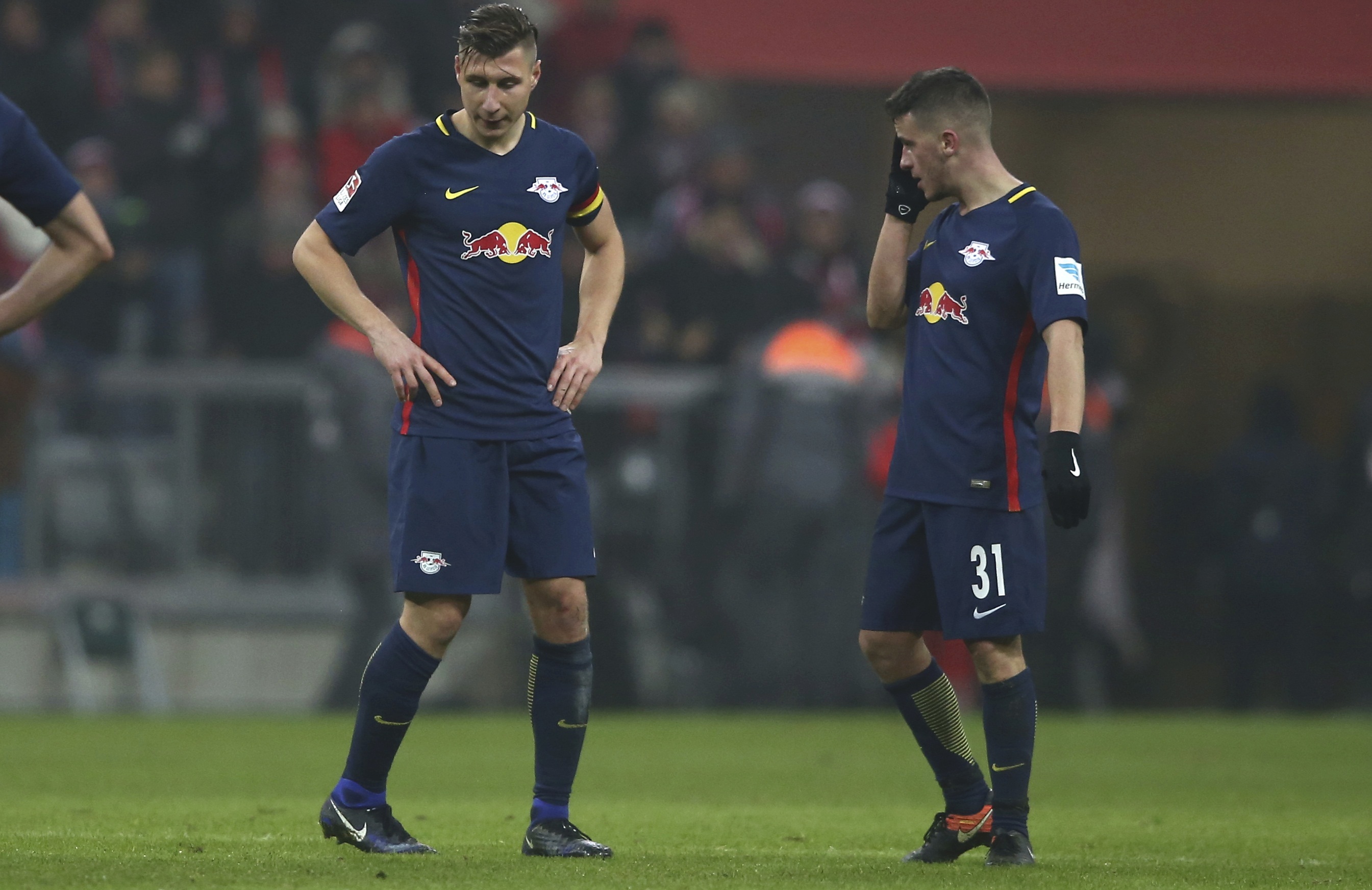 Berlin: Bayern Munich put upstarts RB Leipzig firmly in their place by sweeping to an emphatic 3-0 home win, with all the goals coming in the first half, in a disappointingly one-sided top-of-the-table Bundesliga clash on Wednesday.
Bayern, German champions a record 26 times, and Leipzig, playing in the top flight for the first time, went into the match level on points at the top and amid huge expectations.
Yet an anti-climactic game was effectively over as a contest in just half an hour as Thiago Alcantara and Xabi Alonso put Bayern ahead and the visitors had Emil Forsberg shown a straight red card.
A Robert Lewandowski penalty on the stroke of halftime made it 3-0 before, mercifully for Leipzig, Bayern took their foot off the pedal.
Bayern's win meant they reached the winter break with 39 points from 16 games, three ahead of their opponents who lost for only the second time this season. Hertha Berlin's 2-0 win over Darmstadt took them third with 30 points.
"I'm very satisfied. We were very aggressive and quickly got the game under control," said Bayern coach Carlo Ancelotti.
His Leipzig counterpart Ralph Hasenhuettl recognised Bayern's superiority. "That was a lesson for us and a top performance from Bayern. Our system only works when everyone is in synchrony and that wasn't the case today.
"I'm still proud of what the team has achieved until now. You don't get a point deducted for losing 3-0."
Leipzig did not initially appear overawed and made a lively start, but Bayern got the crucial first goal after 17 minutes.
Philipp Lahm sent in a low cross from the right, Lewandowski fired against the post and Thiago managed to force the ball over the line with his thigh.
Eight minutes later, Naby Keita was dispossessed by Arturo Vidal in midfield and the ball was quickly worked to Alonso who scored with an angled shot.
It got worse for Leipzig when Forsberg halted a Lahm breakaway with a studs-up challenge from behind. The referee initially got a yellow card out, but changed his decision to red amid Bayern protests and after consulting with his linesman.
Another Leipzig error led to the third goal when Douglas Costa was clumsily sent flying by goalkeeper Peter Gulacsi and Lewandowski converted the penalty.
Bayern eased up after halftime although they still continued to dominate and carve out chances almost at will.
Lewandowski saw a dinked effort land on the roof of the net, Douglas Costa had a piledriver of a free kick saved by Gulacsi and Franck Ribery hit the underside of the crossbar.
Marvin Plattenhardt put Hertha ahead with a superb free kick early in the second half against basement club Darmstadt and then supplied the cross for Salomon Kalou to head the second.