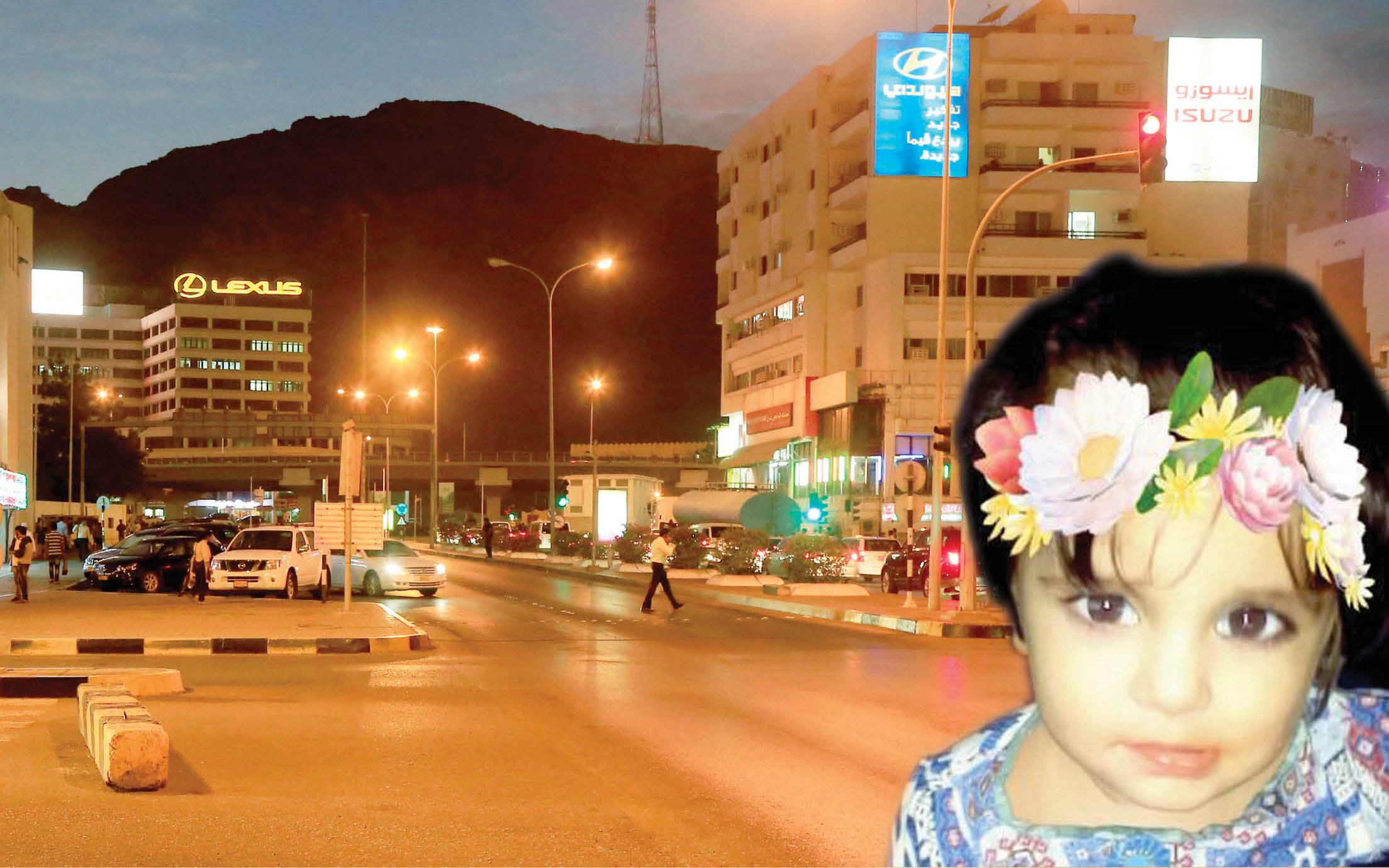 Muscat: A two-year-old girl died and her pregnant mother was seriously injured after they were hit by a truck and dragged along the street.
Waheeda Aurangazeb, who is six months pregnant, was returning home with her young family when she and her baby daughter Shohaiba were hit by the truck at a busy junction in Ruwi.
Waheeda was taken to Khoula Hospital where medics reported her unborn baby was unharmed but Waheeda, a Pakistani national, had broken her pelvis.
Read also: Musandam safest for driving in Oman
Both mum and daughter were dragged along the street under the wheels of the vehicle. The driver of the truck is being questioned by the police.
The accident, on Monday evening, came after Waheeda took her three children on a family visit. Her husband Aurangazeb works as a tailor in the business district of the city. He was too upset to comment.
“Waheeda has suffered injuries to her left pelvis. She is pregnant too, so medics are assessing the situation. So far, medical tests show that she and the baby in the womb is fine,” Azra Aleem, former director of Pakistan Social Club, Oman, who visited Waheeda at the hospital, told Times of Oman.
Read also: Saturday deadliest for car accidents in Oman
“According to medics, a decision on pelvis surgery will be taken later. Now, she is under medication to suppress the pain,” Azra added.
Waheeda, Shohaiba, three-year-old daughter Marwah and five-year-old Abu had gone to Badr Al Samaa, in Ruwi, to meet her sister-in-law who had given birth.
“After meeting her and the new baby, Waheeda, Shohaiba, Marwah and Abu were crossing the road towards KFC. Unfortunately, she was hit by a truck and dragged. Waheeda fell down and Shohaiba fell under the truck,” Azra said. The accident happened at around 6:45pm.
Adnan Raza Hameedi, a witness to the accident, said that it was awful. “I was in my car going to Badr Al Samaa. I saw the accident. The baby was injured badly,” Adnan added.
The other two children were not injured as they had crossed the road ahead of their mother and young sister.
According to Azra, Shohaiba will be buried in Oman. “We can’t hold the body until Waheeda is discharged from the hospital. The body will be buried in Muscat,” Azra said.
Waheeda’s husband runs a tailoring shop in Wadi Kabir and the family has been resident of Oman for many years. Their home is in Ruwi High Street.
“The driver, who is also from Pakistan, is under police custody,” Azra added.
Last Friday, a four-month-old baby girl, Rushda Fathima, died in a tragic car accident in Sur when the car her father was driving veered off the road suddenly and toppled. Government statistics reveal that in October this year, 349 accidents were registered, compared to 303 in September and 326 in August.
Injuries fell by 25.8 per cent as of the end of October 2016, with 2,337 cases registered, compared to 3,148 during the same period last year.