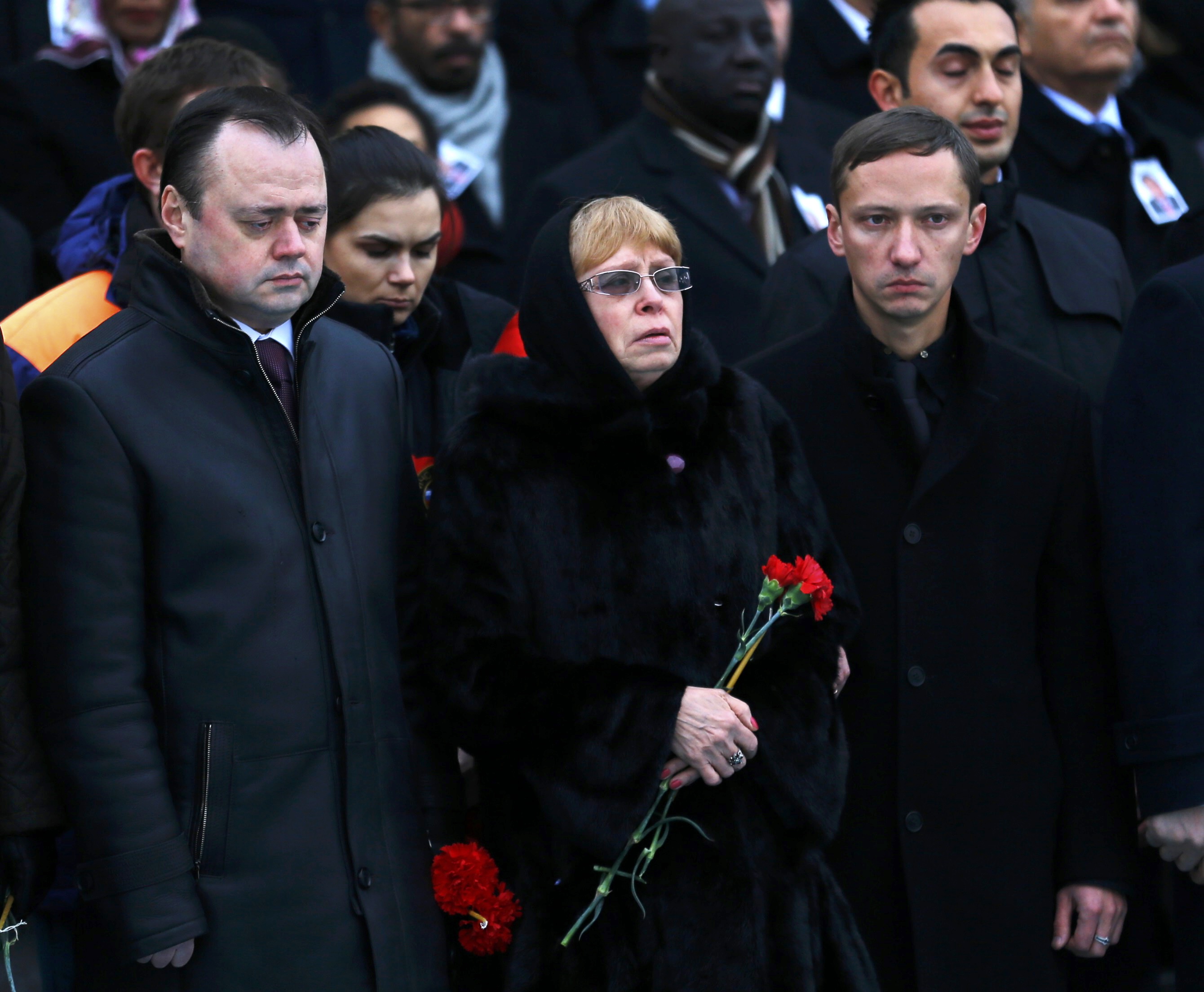 Ankara: Turkish police detained six people over the killing of the Russian ambassador, state media said on Tuesday, widening a probe to relatives of the off-duty policeman who shouted "Don't forget Aleppo!" as he gunned the envoy down.
Both countries cast Monday's attack, which occurred at an art gallery in the capital Ankara, as an attempt to undermine a recent thawing of ties that have been strained by Syria's civil war, where they back opposing sides.
The war, which has killed more than 300,000 people and created a power vacuum exploited by IS, reached a potential turning point last week when Syrian forces ended rebel resistance in the northern city of Aleppo.
Russia, an ally of President Bashar Al Assad, supported that advance with air strikes.
Turkey identified the killer as 22-year-old Mevlut Mert Altintas, who had worked for the Ankara riot police for 2-1/2 years. Altintas, who also shouted slogans associated with militancy after shooting ambassador Andrey Karlov, was killed minutes later by members of Turkey's special forces.
His mother, father, sister and two other relatives were held in the western province of Aydin, while his flatmate in Ankara was also detained, the state-run Anadolu agency said.
One senior Turkish security official said investigators were focusing on whether Altintas had links to the US-based cleric Fethullah Gulen, who Ankara blames for a failed July coup. Gulen has denied responsibility for the coup and Monday's attack and has condemned both events.
The slogans that Altintas shouted, which were captured on video and circulated widely on social media, suggested he was aligned to a radical ideology, rather than that of Gulen, who preaches a message of interfaith dialogue.
"Don't forget Aleppo, don't forget Syria. You will not be able to feel safe for as long as our districts are not safe. Only death can take me from here," he shouted in Turkish.
Turkish President Tayyip Erdogan said on Monday he and Russia's Vladimir Putin had agreed in a telephone call that their cooperation in fighting terrorism should be even stronger after the killing.
Putin said it was aimed at derailing Russia's attempts to find, with Iran and Turkey, a solution for the Syria crisis.
The countries' foreign ministers were meeting on Tuesday.
Turkey faces multiple security threats, including from IS. Earlier this month a spokesman for the hardline group urged global sympathisers to carry out new attacks, singling out Turkish diplomatic, military and financial interests as preferred targets.
Media present at the event Karlov was attending, an exhibition of photographs from Russia, captured the killing in graphic details.
Altintas, dressed smartly in a suit, necktie and white shirt, is caught in one photograph standing behind Karlov. In a video, Karlov is shown crumpling as he appears to be shot from behind.
As special forces stormed the building, Altintas initially waited by the ambassador's body and would not allow him to be treated, Hurriyet reported.
CNN Turk said medical records on the treatment of the ambassador showed 11 shots were fired and nine were on target.
In a video message to the nation on Monday evening, Erdogan said Altintas had graduated from a police school before joining the riot police.
Foreign Minister Mevlut Cavusoglu said the street where the Russian embassy is located would be named after the ambassador.
The gallery where the shooting occurred is opposite the US embassy. A gun was fired in front of the embassy overnight and the United States said its three missions in Turkey would be closed on Tuesday.
On Tuesday morning a crime scene investigation van was parked outside the gallery and police paced up and down behind a security cordon.