At least five killed as cargo train explodes in Bulgaria 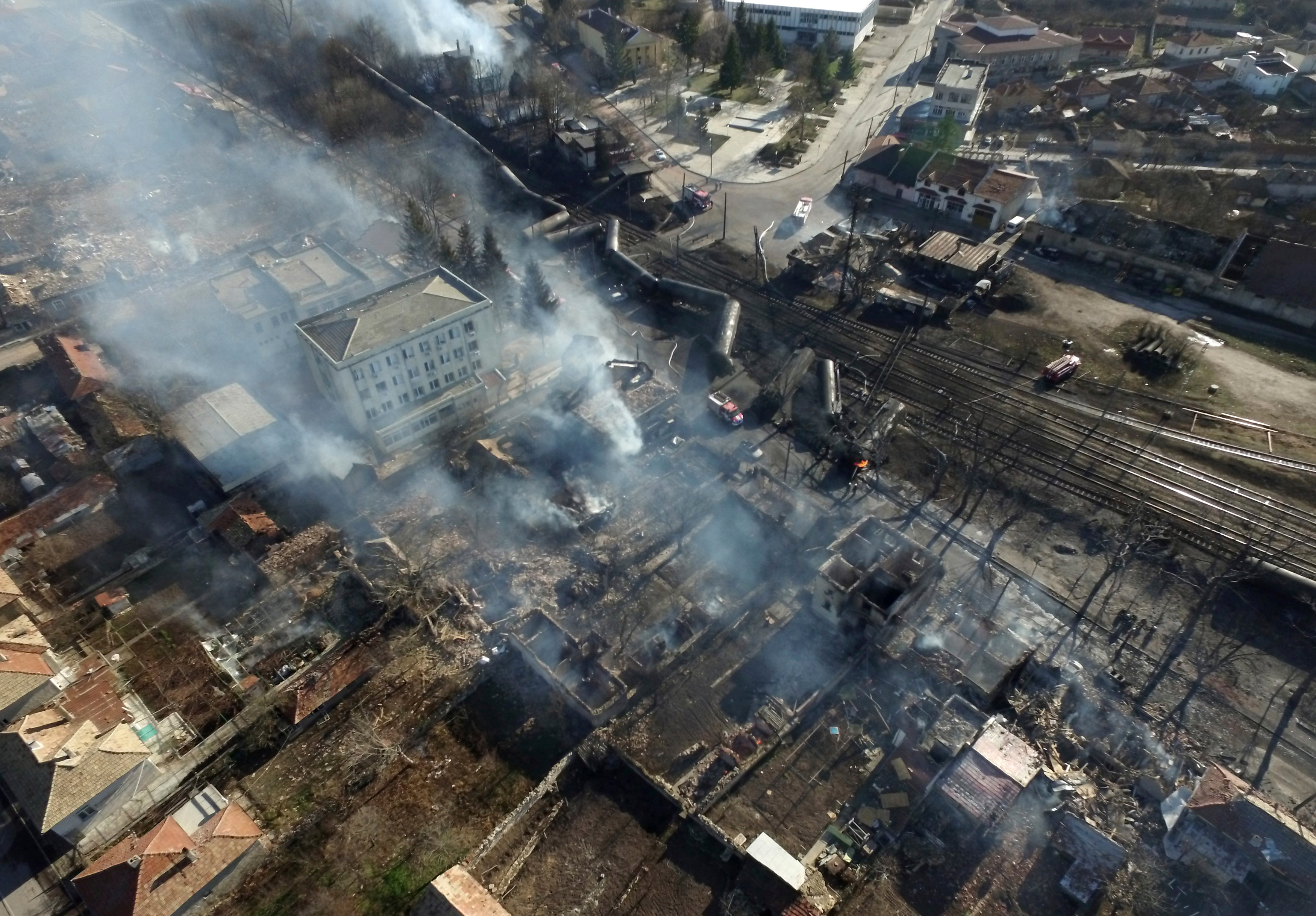 Sofia: At least five people were killed and 25 injured when a cargo train derailed and exploded in the northeastern Bulgarian village of Hitrino, demolishing around 20 buildings, police said on Saturday.
At least three of the victims remain in critical condition and the number is likely to rise, authorities said.
"There will be more casualties for sure," outgoing Bulgarian Prime Minister Boiko Borisov said after arriving to the village, some 280km northeast of capital Sofia and home to around 800 people.
Seven of the train's tanks, carrying propane-butane and propylene, derailed at the station of the village, hit electricity line and exploded in flames on Saturday, National Railway Infrastructure Company's general director Mincho Lambrev said.
"Two blasts have caused a serious fire and ruined at least 20 buildings. There are many people injured ... many with burns," Interior Ministry Chief Secretary Georgi Kostov said.
An 18-year-old man has died of his wounds in the hospital in the northern town of Shumen, a hospital official said. Some 150 firemen are trying to put out the fire and are searching for survivors in houses near the train lines. Police said they are investigating the incident. Borisov appealed to citizens of Shumen donate blood to the local hospital where the injured are being transported.