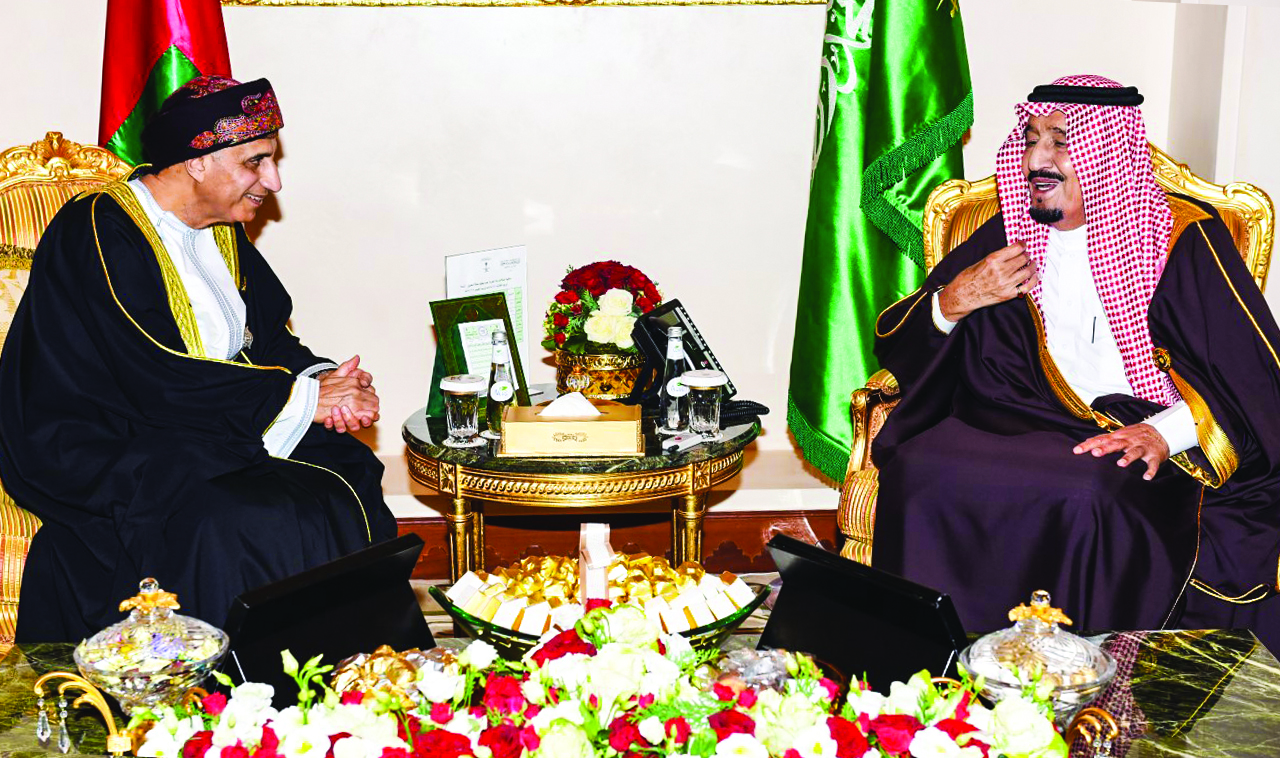 Manama: The Custodian of the Two Holy Mosques King Salman bin Abdulaziz Al Saud of Saudi Arabia received at his residence yesterday His Highness Sayyid Fahd bin Mahmoud Al Said, Deputy Prime Minister for the Council of Ministers, on the sidelines of the 37th GCC Leaders’ Summit, in Manama.
The two leaders discussed the relations between the Sultanate and KSA, and means of enhancing and promoting them in various spheres. The meeting also discussed a number of topics related to the GCC march.
During the meeting, Sayyid Fahd conveyed greetings of His Majesty Sultan Qaboos bin Said to the Custodian of the Two Holy Mosques along with His Majesty’s best wishes of good health and well-being to King Salman and the KSA people further progress and welfare. On his turn, King Salman asked Sayyid Fahd to convey his greetings and best wishes to His Majesty the Sultan and the Omani people further progress and prosperity under the wise leadership of His Majesty.
The meeting was attended by members of the official delegation accompanying Sayyid Fahd and members of the official delegation accompanying the Custodian of the Two Holy Mosques.