Tamilians in Oman to hold special prayers for Jayalalithaa 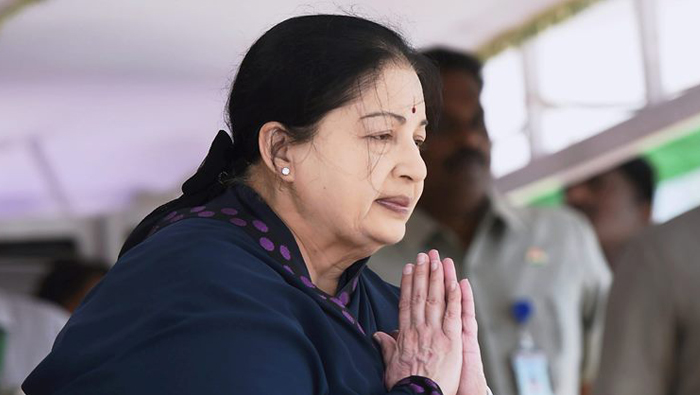 Muscat: Tamilians in Oman are holding special prayers as their state chief minister J Jayalalithaa's health condition is continuing to be "extremely grave".
"Many Tamil groups in Muscat are holding special prayers for the recovery Jayalalithaa, Joy Regina Dinesh told Times of Oman.
"Last Saturday also special prayers were held. Everyone love her," Regina added.
British specialist Dr. Richard Beale, who has been assisting doctors at Chennai's Apollo Hospital in treating Ms Jayalalithaa since she was admitted in September, said on a Monday evening that Jayalalithaa' situation is "extremely grave".
"The situation is extremely grave, but I can confirm that everything possible is being done to give her the best chance of surviving this shocking event," said Dr Beale.
He also said in his statement "unfortunately, and in spite of the progress she had made, her underlying health conditions inevitably meant that the risk of further problems always remained".
Meanwhile, Manivannan Ramesh, a Tamilian business executive in Muscat, said that some are even planning to fly to Chennai if something bad happens.
"We all are worried a lot. If something bad happens, some are even ready to fly to Chennai," Manivannan added.
Sangita Reddy of Apollo Hospital has tweeted that, "Despite our best efforts, our beloved CM remains in a grave situation," and in a statement the hospital said that Ms Jayalalithaa continues to be on an extracorporeal membrane heart assist device or ECMO, a life support system that aids heart and lung functioning, and other life support and is being monitored and treated by experts.
The hospital has denied a statement by the chief minister's party earlier today that she had a heart surgery this morning.
While Dr Beale said he is in close touch with doctors at Apollo, a team of four doctors from Delhi's prestigious AIIMS will also arrive in Chennai this evening and will join in her treatment.
The state's Governor C Vidyasagar Rao was at the hospital a while ago for his second visit since last night. He had reportedly briefed Home Minister Rajnath Singh after last night's visit and told him that law and order in the state is under control.