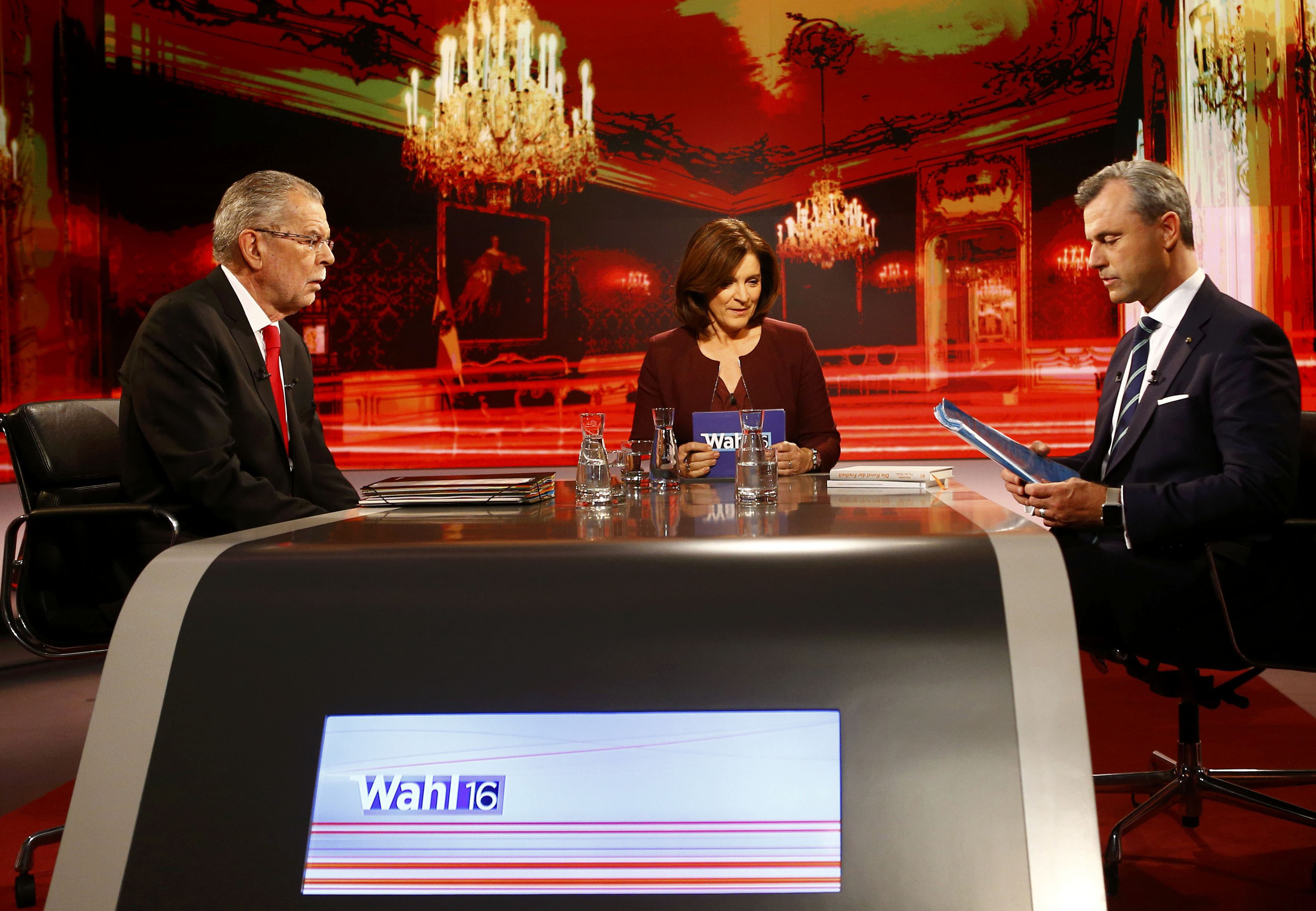 While most of the European Union seems panic-stricken by the prospect of a victory for French far-right leader Marine Le Pen in France’s presidential election in May, the EU’s next test will come much sooner. On Sunday, Italians will vote in a referendum on constitutional reforms, and Austrians will choose their next president. Both countries’ votes could have major ramifications beyond their borders.
In Italy, the upcoming plebiscite has become a popular confidence vote in Prime Minister Matteo Renzi, who has said he will resign if the reforms are rejected. According to the latest polls, Renzi could be forced to make good on his pledge, which might spell the end of reformist social democracy in Italy – and beyond. In Austria, voters will choose between a pro- and an anti-EU candidate in the nationalist mold of Le Pen, Norbert Hofer of the Austrian Freedom Party (FPÖ). A victory for Hofer could add wind to Le Pen’s sails.
The constitutional changes that Renzi’s Yes campaign is asking voters to approve would undo some of his predecessor Silvio Berlusconi’s legacy – a legacy that serves as a prime example of the damage right-wing populism can do to a country. Among other things, Berlusconi altered Italy’s political system in such a way as to prevent the left from ever gaining full power again, and to block any criminal charges that could be leveled against him.
Renzi’s proposed reforms would, among other things, modernise the political system by disempowering the Senate (the upper house of Parliament). Such an amendment is sorely needed to eliminate political gridlock, and Renzi has already succeeded in getting it through both chambers of Parliament. Indeed, the plebiscite was only supposed to provide final confirmation.
But Renzi failed to improve Italy’s dismal economic performance. Eight years after the 2008 financial crisis, industrial production is still down by 25 per cent from pre-crisis levels, and youth unemployment is hovering at more than 40 per cent. According to these economic indicators, “la crisi,” as the Italians call it, is as bad as that experienced a quarter-century ago in Poland and other Eastern European countries, in the aftermath of communism’s collapse.
But those countries endured their post-communist hardships, because their leaders and enough of their people believed in the promise of free-market capitalism. By contrast, since the 2008 global financial crisis, that belief has been badly shaken in Italy and other EU-countries.
The boyish Renzi did try to improve the existing system and close some of Italy’s generational gaps, by implementing labour-market reforms. But, unlike former British prime minister Tony Blair in the 1990s or former German chancellor Gerhard Schröder in the early 2000s, Renzi is operating under far worse global economic conditions. Italy cannot build on an export-driven growth model, and it is staggering under the massive debt burden inherited from Berlusconi.
Renzi’s foes include left-wing populists such as the Five Star Movement (Movimiento Cinque Stelle) and right-wing populists such as the Northern League, or Lega Nord, which fiercely attack him while blaming the EU for many of Italy’s economic and political problems. The EU, meanwhile, has left Italy to manage on its own the 160,000 North African refugees who have arrived so far just in the course of this year.
If Renzi’s referendum fails, Five Star Movement leader Beppe Grillo has indicated that he will demand another plebiscite on Italy’s eurozone membership, which might just succeed. While Italy was once a staunchly pro-EU country, many Italians may now support less integration, especially after the high-profile example set by the United Kingdom’s Brexit referendum in June.
On the other hand, a eurozone-membership referendum may not even be necessary. If Renzi steps down, Italy could become almost ungovernable, which will frighten financial markets. This, in turn, will make it difficult for Italy to remain in the eurozone, given the already high interest rates on its public debt, which amounts to 132 per cent of its GDP.
Meanwhile, in Austria, the upcoming presidential election – pitting Hofer against independent left-wing candidate Alexander Van der Bellen – will be more about the country’s politics than about its economy. For the past 10 years, Austria has been governed by a grand coalition of Social Democrats and Conservatives; but these two mainstream parties constantly block each other, and are united only in their opposition to right-wing populists such as Hofer. This sclerotic arrangement, however, has enabled those same right-wing populists to present themselves as the only alternative to “the system.”
Austria is one of the EU’s richest countries, and it is doing well compared to Italy. But Austrians are afraid of losing their current wealth, and they do still have economic grievances that politicians can tap. For example, low- and middle-class Austrians’ incomes have been slowly shrinking for ten years; overall economic growth is lower than the EU average; and unemployment is rising.
As in Italy, Austria’s right-wing populists have railed against the EU, and have mused about taking the country out of the Eurozone. But such a move would be even more suicidal than in Italy’s case, and the FPÖ has actually moderated its anti-European stance since the Brexit vote.
Instead, the FPÖ has announced its intention to turn Austria’s political system into a more presidential-plebiscitary democracy. This, too, would be a blow against Europe, because it would mean that any EU legislation – such as policies to disperse refugees now in Italy to other member countries – could be blocked by a plebiscite.
When the Berlin Wall came down – and state socialism along with it – the European Economic Community’s founding member states responded by establishing the European Union, and committing to deeper European integration. That project worked well until the 2008 crisis, suggesting that the EU might be best suited for good times, not for hard times. Its double test in Italy and Austria on December 4 will provide powerful evidence one way or the other. - Project Syndicate