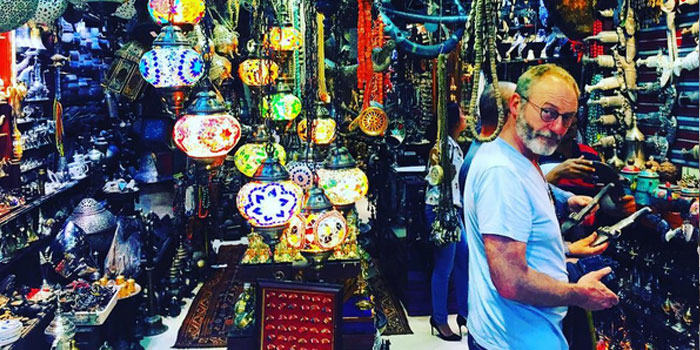 Muscat: Liam Cunningham, the Irish award-winning actor with a long career on TV, stage and film, is in Muscat.
The actor posted his picture in Muttrah Souq on his Instagram account yesterday.
"Oman has a lot to offer for the international film making community," the actor said.
"I have seen it with my own eyes. Being here has enabled me to get a real feel of what Oman has to offer the international film making community which is looking for new locations and production partners. The demand for content along with fresh and exciting locations have never been greater. Now is the time for Oman to be involved. Fortune favors the brave," Cunningham added.
He has appeared in films such as Clash of the Titans, Hunger, First Knight and Jude, and TV series including Outcasts, Camelot and Northanger Abbey. He auditioned for several roles for the first season of Game of Thrones but did not get any due to scheduling clashes.
The producers invited him to audition for Season 2 instead.
In Game of Thrones Cunningham is playing the role of Davos Seaworth. He was announced in the role on 19 July 2011. He is a starring cast member for the second, third, fourth, fifth, and sixth season.
The fingers that Davos loses as a punishment for his smuggling crimes have been moved from his left to his right hand for the TV show, reflecting the fact that Cunningham is left-handed.