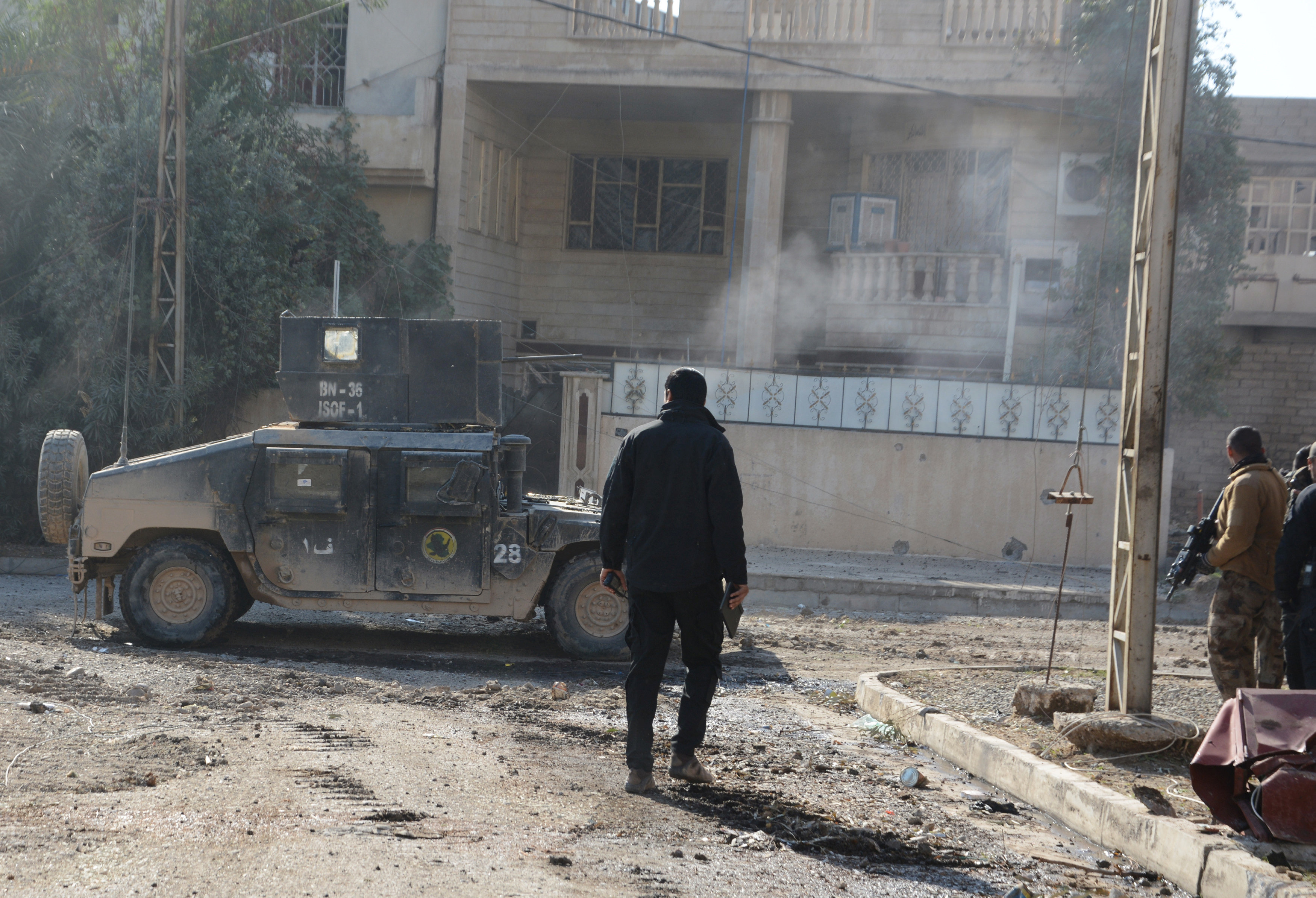 Bartella (Iraq): Iraqi special forces battling to clear IS from eastern Mosul have killed nearly 1,000 militants but fighting has slowed as troops face a mobile enemy hidden among thousands of civilians in the city, a top commander said.
Six weeks into a major offensive, Iraqi forces have captured nearly half of eastern Mosul, moving from district to district against militants' snipers, suicide attackers and car bombs.
Elite Iraqi troops, known as the "Golden Division", are the only brigades to have entered Mosul from the east, with Iraqi army, federal police and Kurdish Peshmerga units surrounding the city to the north and south. Militias are trying to complete the encirclement from the west.
The US-trained Counter Terrorism Service unit breached IS's defences at the end of October, but has been slowed by the militants' mobile tactics and concern over civilian casualties preventing the use of tanks and heavy armour.
Major General Abdul Ghani Al Asadi, one of the commanders of the special forces, said troops had adapted their tactics, surrounding one district at a time to cut off the militants' supplies and protect civilians.
"Progress was faster at the start. The reason is we were operating before in areas without residents," Asadi told Reuters in Bartella, on Mosul's outskirts.
"We have arrived in populated districts. So how do we protect civilians? We have sealed off district after district."
He said around 990 militants had been killed in fighting in the east so far. He would not say how many casualties there were among government special forces.
"We have made changes to plans, partly due to the changing nature of the enemy... Daesh (IS) is not based in one location, but moving from here to there," he said.
"Tanks don't work here, artillery is not effective. Planes from the coalition force and the air force are restricted because of the civilians."
The Iraqi government has asked civilians in Mosul to stay at home during the offensive, as humanitarian organisations say they cannot cope with an influx of hundred of thousands of people displaced from the city.
More than one million people are believed to remain in the city, the largest in northern Iraq.
Commanders are saying that the battle will take months. Dozens of districts must be taken in the east before attacking forces reach the Tigris River which splits Mosul into east and west. US air strikes have taken out four of the five river bridges used by the militants.
Major General Najm Al Jubbouri, one of the army's top commanders, told Reuters that the western part of the city could be the more dangerous.
To the south, Iraqi army brigades are now advancing slowly on the remaining IS-held villages before reaching the city limits. To the west, the mostly militias known as Popular Mobilisation have cut off the highway to Syria, but they have yet to close in on the city.
"The force left in front of us is small, unable to stop our advance. Their spirit is broken," Asadi said.
"We have killed more than 992 fighters on our front plus more wounded... Their supplies and communications to the outside world are cut. They stage fewer suicide bombings."
Iraqi military estimates initially put the number of insurgents in Mosul at 5,000 to 6,000, facing a 100,000-strong coalition force. But Asadi said the figure for the IS presence may have been too high.
Iraqi authorities have not released estimates of civilian casualties but the United Nations says growing numbers of injured, both civilians and military, are overwhelming aid groups.