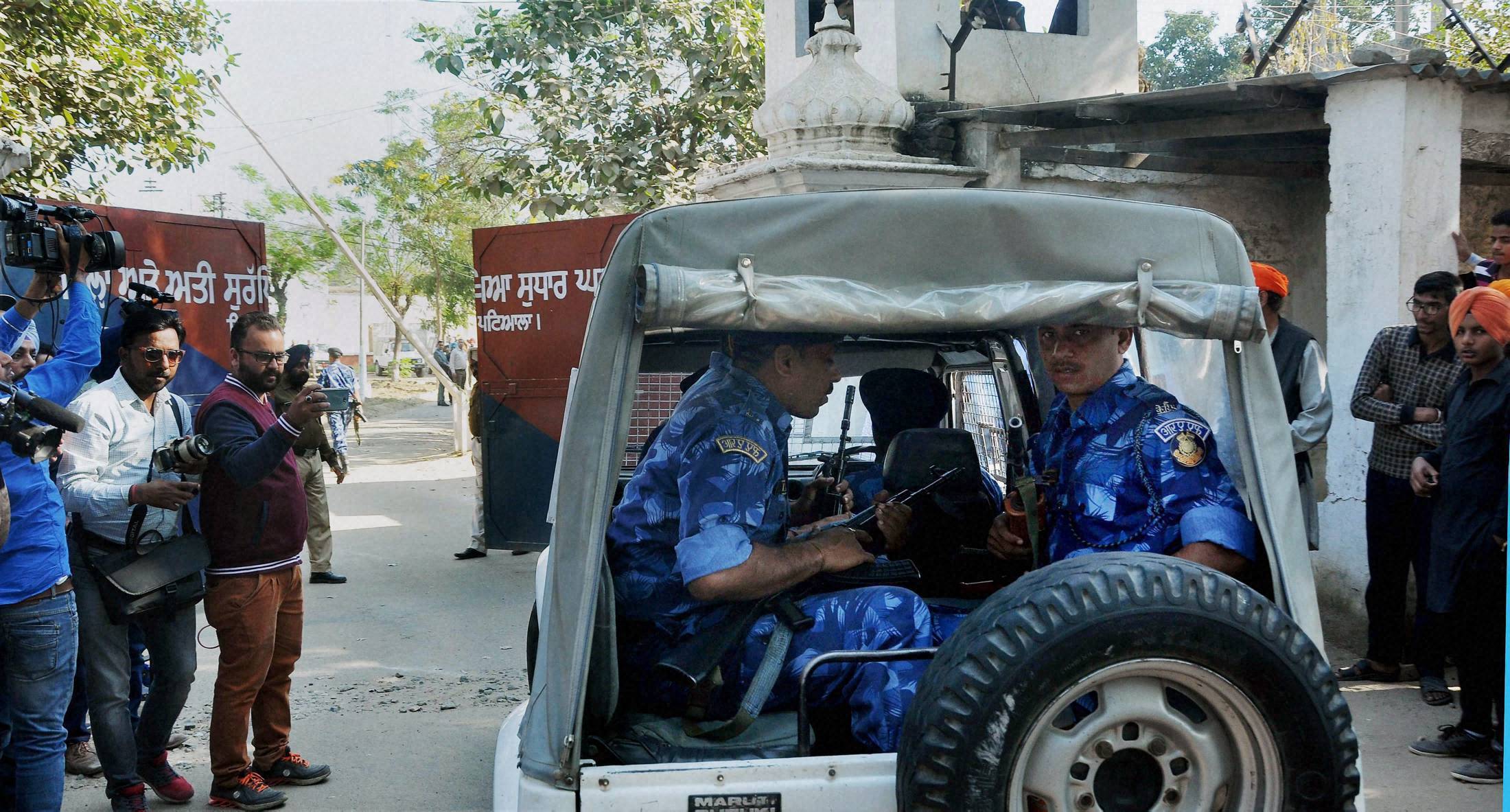 Patiala: Armed men in police uniform on Sunday stormed the high-security Nabha Jail in the district, opening indiscriminate fire and fleeing with five prisoners including Khalistan Liberation Front chief Harminder Mintoo, an accused in 10 cases. In the wake of the incident, Punjab Chief Minister Prakash Singh Badal has called a meeting of senior officials including State Chief Secretary Sarvesh Kaushal and a high alert had been sounded in Punjab with security around railway stations, airports, inter-state bus terminuses and other places of key importance stepped up, officials said. Police said a group of youths dressed in police uniform stormed the jail and opened indiscriminate fire at the jail here. Five prisoners including a hardcore terrorist escaped, they said. Those who fled with the armed men include gangster Vicky Gondar, Gurpreet Sekhon, Nita Deol, Vikramjeet, and terrorist Mintoo, police said. Mintoo was arrested by Punjab Police from Delhi's IGI Airport in 2014. He was arrested in connection with 10 cases including the 2008 attack on Sirsa-based Dera Sacha Sauda chief Gurmeet Ram Rahim Singh and recovery of explosives at Halwara Air Force station in 2010. Punjab DGP Suresh Arora rushed to Nabha after the incident. Asked if it was a major security breach at the high-security prison, he told reporters in Chandigarh that, "I am going there (Nabha) to see". Punjab Jail Minister Sohan Singh Thandwal said, "some persons came in police uniform and fled with four-five jail inmates". He said further details are awaited. Advisor to the Punjab Chief Minister Vineet Joshi said the incident was related to "cross-border terrorism". "This is not a general petty crime issue. This is cross-border terorrism. We already had an input which was in public domain that Pakistani agencies were trying to destabilise Punjab ahead of elections, .... So this is an effort which I believe has links to cross-border terrorism.