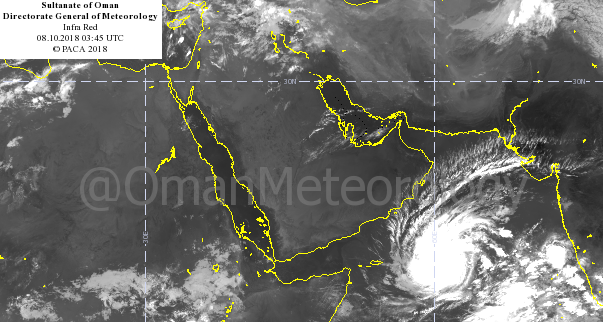 Muscat: The tropical depression in the Arabian Sea has developed into a tropical storm that has been named Luban, according to the Public Authority for Civil Aviation.
Also read: Arabian Sea tropical storm likely to intensify in 24 hours
PACA said: "Currently, the deep tropical depression has developed into a tropical storm called Luban.”
In its last storm update published on Sunday night, PACA confirmed that the centre of the tropical system was 940 kilometres from Salalah. Wind speeds at the centre were 35-40 knots, according to the authority. Additionally, the nearest convective cloud bands were 400 kilometres from the coast.
Read also: ​Experts to share knowledge on cyclones, flash flood risks