Blame the British Empire for the Electoral College 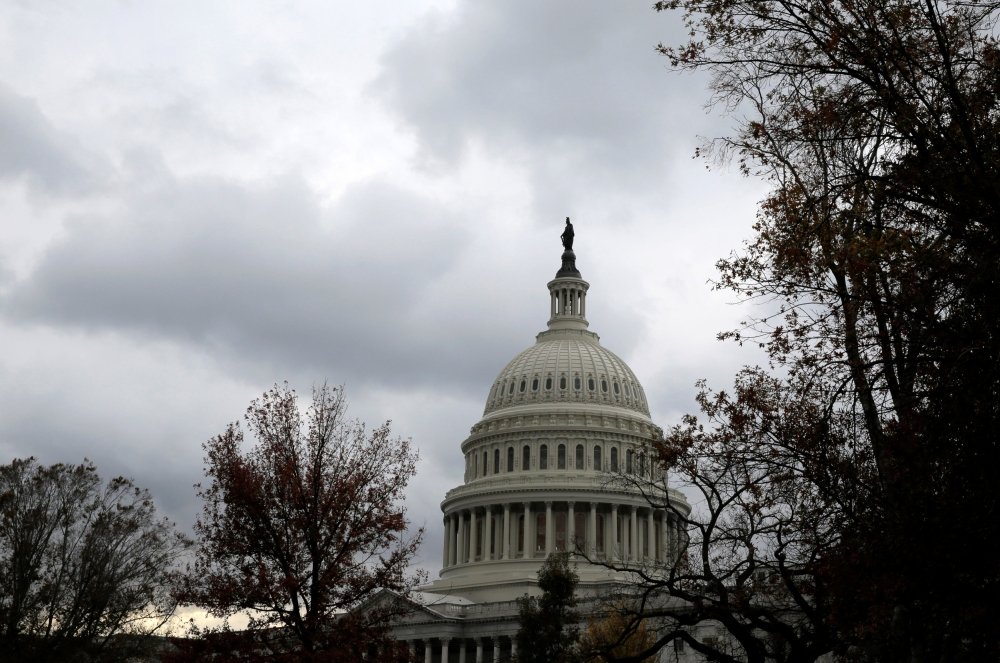 There are two truths about the Electoral College: It ought to be abolished, and it never will be. Calls for changing the constitutional election system abound now that Hillary Clinton has won the popular vote and lost the electoral vote, as Al Gore did in 2000. But it turns out that the same Constitution that enshrines the Electoral College effectively protects the small states from an amendment they don’t want. The problem goes back to the nation's founding -- and short of abolishing the states as effective sovereigns, it basically can’t be fixed.
The small states, which benefit from candidates’ attention, would never consent to being marginalized through a proportional system that favours the interests of densely populated states. But replacing the Electoral College would take a constitutional amendment approved by two-thirds of both houses of Congress and three-quarters of the state legislatures. Even if the first bar could be cleared -- which is wildly unlikely -- overcoming the second is unimaginable.
The Catch-22 is no accident. It goes back to the Philadelphia Constitutional Convention and the summer of 1787. The most enlightened Founders, including James Madison, pressed hard for a proportional Senate alongside the proportional House. The small states blocked it. And along the way, the small states also entrenched an amendment process that makes it essentially impossible to overcome their will.
The story of the small states' stand is fascinating and deeply consequential, but let me clarify that the Electoral College itself was not primarily a concession to the small states. Rather, the Electoral College was a compromise between selection of the president by state legislatures or election by popular vote.
Madison and other centralizers, such as James Wilson of Pennsylvania, didn’t want the state legislatures to have too much power. They feared the states would pull the country apart, as seemed to be happening under the Articles of Confederation. But direct election, which Wilson strongly favored, had its own risks, including a splintered election if the populace hadn’t heard of the candidates -- or the election of an (ahem) unsuitable candidate by the untutored people.
The Electoral College is, however, almost proportional to population -- unlike the Senate, which was the small states’ main accomplishment.
Madison went into the convention calling for proportional representation in both legislative chambers. His so-called Virginia plan was partly an effect of his republican ideology, which required majority rule. It was also convenient for Virginia, which had the largest population at the time. Majoritarianism would, then as now, favour the regional interests of concentrated population centres.
Of course, Madison knew that small states wouldn’t like his proposal. But he privately told his allies that the small states would have no choice but to go along with the big states. If the union fell apart, he figured, the large states would swallow the small states, so the small states had more to lose. Madison actually said as much on the floor of the convention: “What would be the consequence to the small states of the dissolution of the union?” he asked rhetorically. Would the small ones be more secure "when all control of a general government was withdrawn”?
Unfortunately for Madison, his prediction was spectacularly wrong. As the summer progressed, the small states flatly refused to give up equal representation in the Senate. They introduced the New Jersey plan, which all knew was a stalking horse to force compromise on the Senate. Eventually (and famously), the big states folded and the Great Compromise prevailed. As an effect of that compromise, Article V made amendments depend on the agreement of the states, too. It also made equal representation in the Senate unamendable except with a state’s consent.
How did the small states get away with it? Here’s the kicker: The small states prevailed on equal Senate representation because they had equal votes in the Constitutional Convention itself -- and would have an equal say in ratification. Madison had failed to realize that, given this equality, the small states could hold the large states hostage, gambling correctly that the big states would fold on the Senate.
It didn’t escape notice that the reason for the small states’ power was the voting system of the convention. Madison and others were horrified at the illogic that the convention was itself following voting rules that made no sense as a matter of republican theory. But the big states couldn’t change the convention's voting rules, which themselves followed the model of the Articles of Confederation, without getting the small states to agree.
So why did the Articles of Confederation give all states an equal say in Congress? Because on July 4, 1776, the United States came together in part as a union of 13 states that had been British colonies until that day. Acting as separate states, the new states gave each other equal weight -- like nations in the general assembly of the United Nations.
In other words, the accident of British colonial charters gave rise to the system we now have -- and the great difficulty of amending it. This made no sense in 1787, and it makes no sense now. But short of abolishing the states as sovereign entities -- which plenty of reasonable people (from big states) preferred at the founding -- there was no choice but to let the small states get away with it.
The upshot? When it comes to the difficulty of amending the Constitution to get rid of the Electoral College, you can blame it on the British Empire. - Bloomberg View