Merkel, with nod to Trump, warns against protectionism 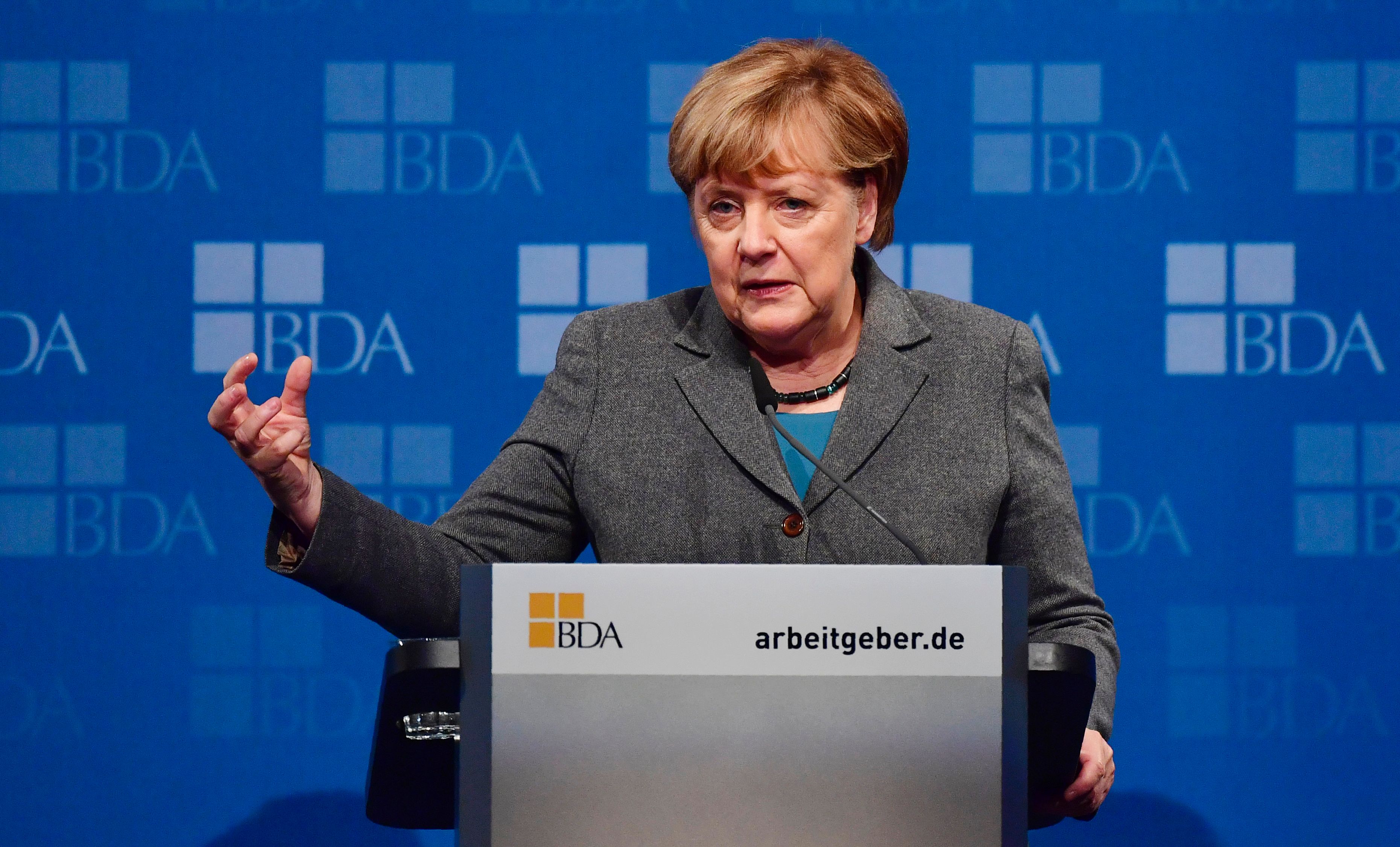 BERLIN: German Chancellor Angela Merkel called on Tuesday for globalisation to be framed in multilateral agreements rather than see countries adopt protectionist measures, in a thinly veiled warning to US President-elect Donald Trump.
In his campaign, Trump argued that international trade agreements had hurt U.S. workers and the country's competitiveness. He has promised to "get tough" with China and withdraw from the 12-nation Trans-Pacific Partnership, or TPP, which is still not finalised.
merkel, having last week offered to work with Trump on the basis of democratic values, used a speech to set out the case for strengthening international cooperation in the field of trade and avoiding a slide into protectionism.
"We are at the moment in a situation in the European Union, in our country and worldwide where there is an argument about how we want to shape globalisation," Merkel told a meeting of Germany's BDA employers association.
"Globalisation is happening. We can arrange it such that we strengthen multilateral instruments ... or such that we seal ourselves off and become protectionist."
"I am pleased that you, like me, are convinced that we must fashion globalisation in a multilateral way," added Merkel .
She said she would make globalisation a theme for debate during Germany's presidency of the G20 next year.
Merkel was the driving force in Europe behind the Transatlantic Trade and Investment Partnership (TTIP), an ambitious trade deal between the European Union and United States).
That agreement, still in the negotiation phase, seems sure to die under Trump, whose protectionist promises, should they become reality, would hit few countries harder than Germany, whose economic strength depends heavily on the openness of the global trading system.
Looking ahead, Merkel said: "This dispute over openness or sealing ourselves off (in trade) will keep us very busy in the coming years.