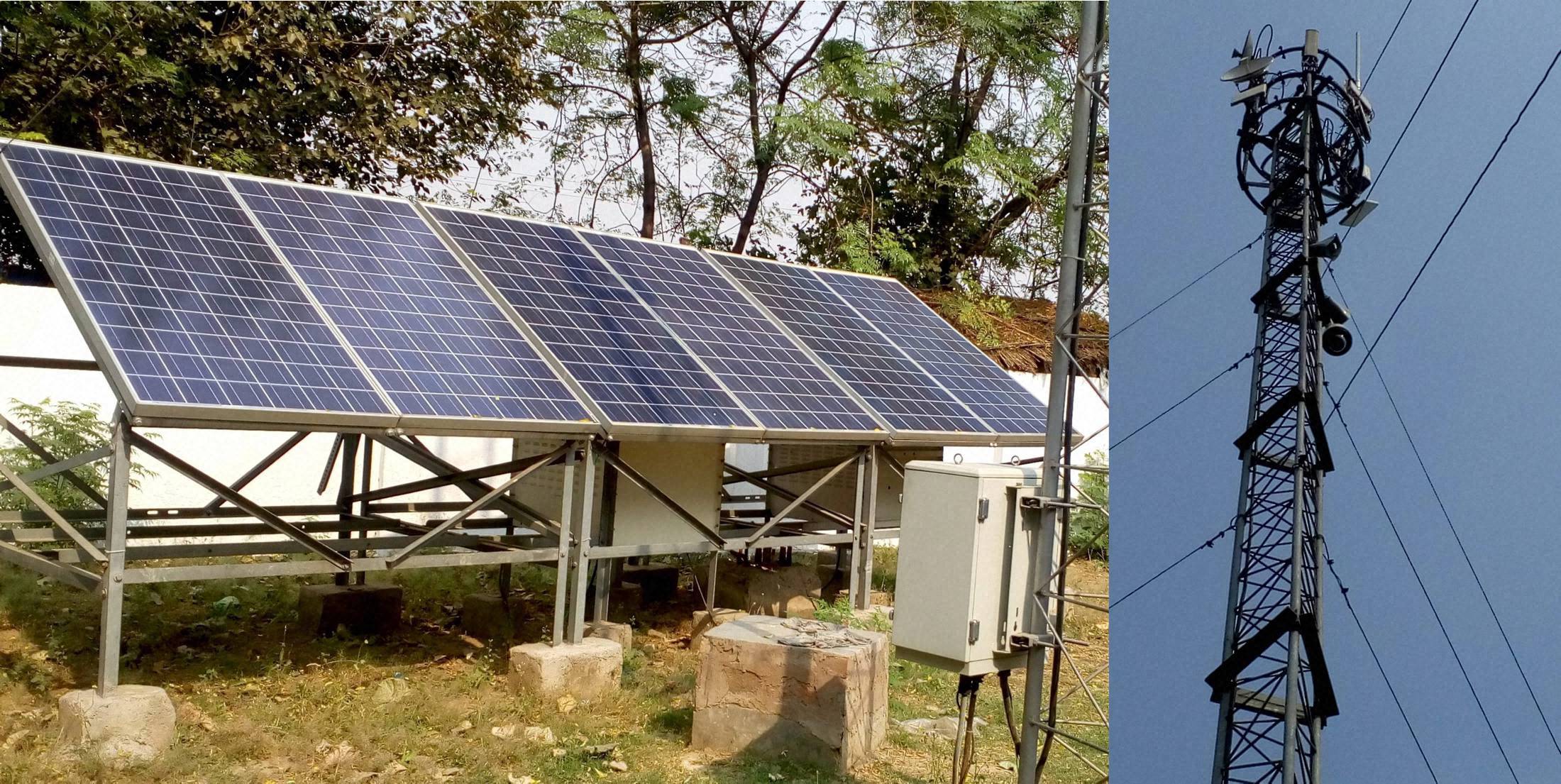 Alwar (Rajasthan): People in remote villages of Rajasthan's Alwar district are catching up on the 'Digital India' trail as many of them, including women, have started using Internet being provided through unique solar-run telecom towers.
Karenda, Phalsa and Bahadari, the three villages which lie close to the state's border with Haryana, lack facilities like proper roads, hospitals, post-office and police station, but people there have been connected with Internet and mobile telephony under an initiative of a private company.
While locals said gram panchayats are proposed to be connected with Internet according to the Centre's 'Digital India' plan, which may take at least one-and-a-half years more, some of them were already using cheaper WiFi Internet to download study material or enjoy video songs on YouTube.
"I use Internet to download study material for the exams that I am preparing for," said Krishna Devi, who is preparing for teacher's eligibility test (TET). Krishna Devi, who is also the deputy village head of Karenda, said that otherwise she would have to buy the books which are not easily available near the village and are also not updated as frequently as the study material online.
The government school in Karenda, which locals claimed got electricity connection about two months ago, already has a digital classroom with the study material for some of the classes optimised for 'digital tutorials' run on the Internet provided by VNL Telecom.
"The best part is that there is no dependence of the Internet and the entire digital education system on conventional electricity. The entire set-up operates on power generated by solar panels installed on the roof of the school while the Internet connection has been taken from the telecom tower which too runs on solar energy," said Rahul Dubey, a VNL technical official.
Some kilometres off these villages towards the main road that links Bhiwadi to Alwar is Mushtaqpur where Mohar Singh recently set up an e-services shop that helps local people get made their Aadhar card, passport, birth/death certificates, ration card or other such document and train/bus tickets.
"Prior to using this Internet connection, I was using mobile data pack to work. However, it was not very fruitful as it was costly plus the reliability factor was not there. Now I use this Internet to provide many online services for which people from several villages come to my shop," he said, adding otherwise they had to go to Tijaara, about 40 km away, to get these works done.
The advantage of these telecom towers are manifold, VNL officials said, noting the biggest being their ability to run on low power which too is taken from solar energy. This is a first-of-its-kind initiative in the country, the officials said.