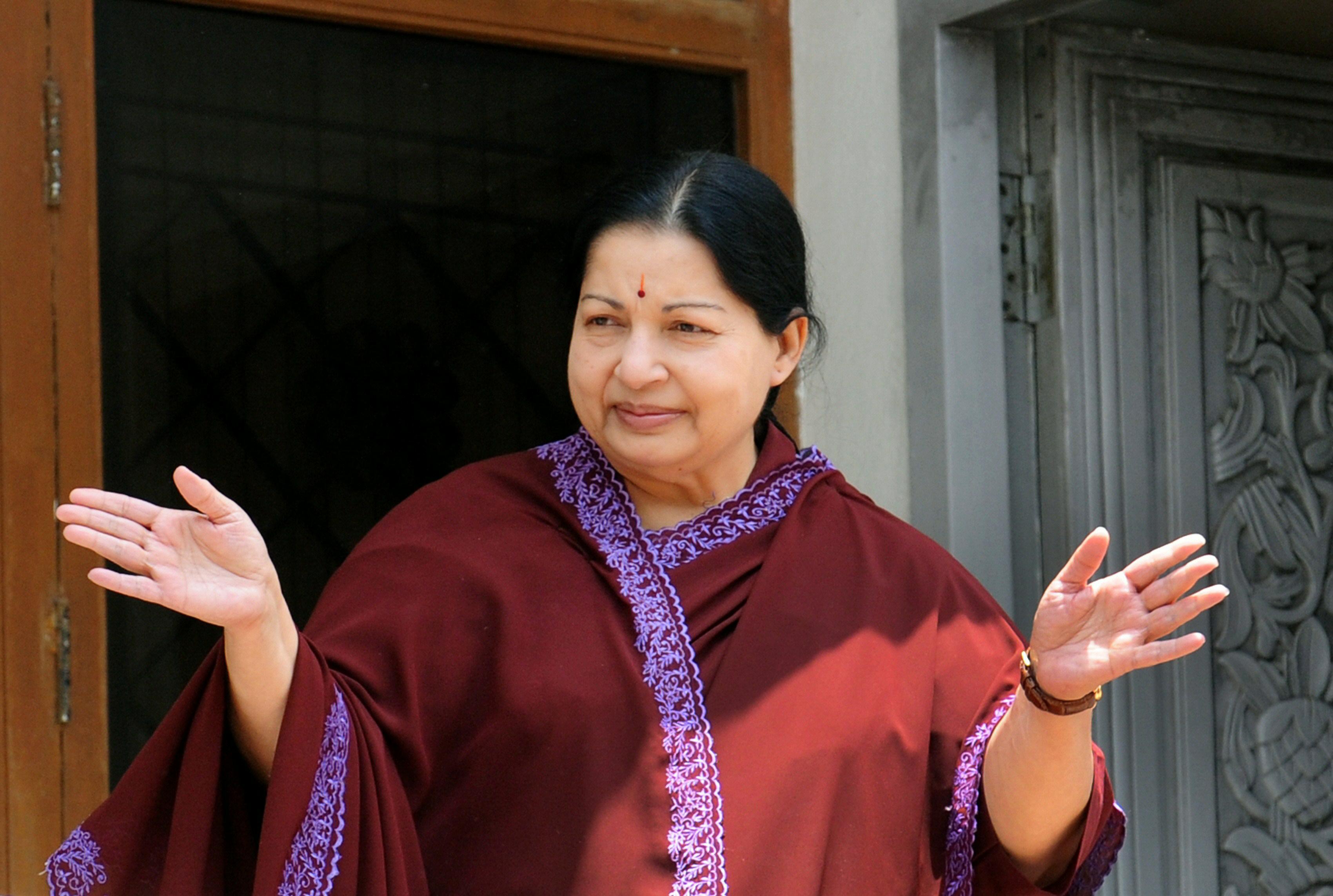 Chennai:Tamil Nadu Chief Minister J. Jayalalithaa has "completely recovered" and it is up to her to decide when to go home, Apollo Hospitals Chairman Pratap C. Reddy said here on Friday.
"All I can say is, very clearly, she is very satisfied... What I mean by very satisfied, that means she has completely recovered. She is aware of what is going on around her," he told reporters.
"She is completely aware of what is happening. Asks and demands what she wants and I believe and everybody, even she, is looking forward when she will go home and take back the reigns," he said.
Jayalalithaa was admitted to the corporate hospital on September 22 after she complained of fever and dehydration.
Later, the hospital had said she was being treated for infection with respiratory support, among others. Specialists from All India Institute of Medical Sciences, New Delhi, and from London, among others, have treated her during the period. Apollo Hospitals, in its last medical bulletin on October 21, had said Jayalalithaa was "interacting and progressing gradually".
Ever since her hospitalisation, state ministers and All India Anna Dravida Munnetra Kazhagam(AIADMK) cadres have been organising special pujas at various temples across the state, praying for her speedy recovery. Prayers had also been held in places of religious worship in Erode and Karur, among others.
"The divine blessings were on Jayalalithaa as scores of party workers had held prayers for her speedy recovery," AIADMK spokesperson C. R. Saraswathy had said.
Late last week, an official document had stated that Jayalalithaa used her left thumb impression in the election document of her party nominee for November 19 bypoll to Thirupparankundram as she had an "inflamed right hand".
The document was attested by Dr P. Balaji, Prof of Minimal Access Surgery, Madras Medical College and Rajiv Gandhi Government General Hospital and signed by Dr Babu K. Abraham of Apollo Hospitals as witness. A galaxy of political leaders, including BJP chief Amit Shah, Union Finance Minister Arun Jaitley, Dravida Munnetra Kazhagam treasurer M. K. Stalin, besides film personalities like Rajinikanth and Kushboo, who is also the Congress spokesperson, had visited the chief minister.