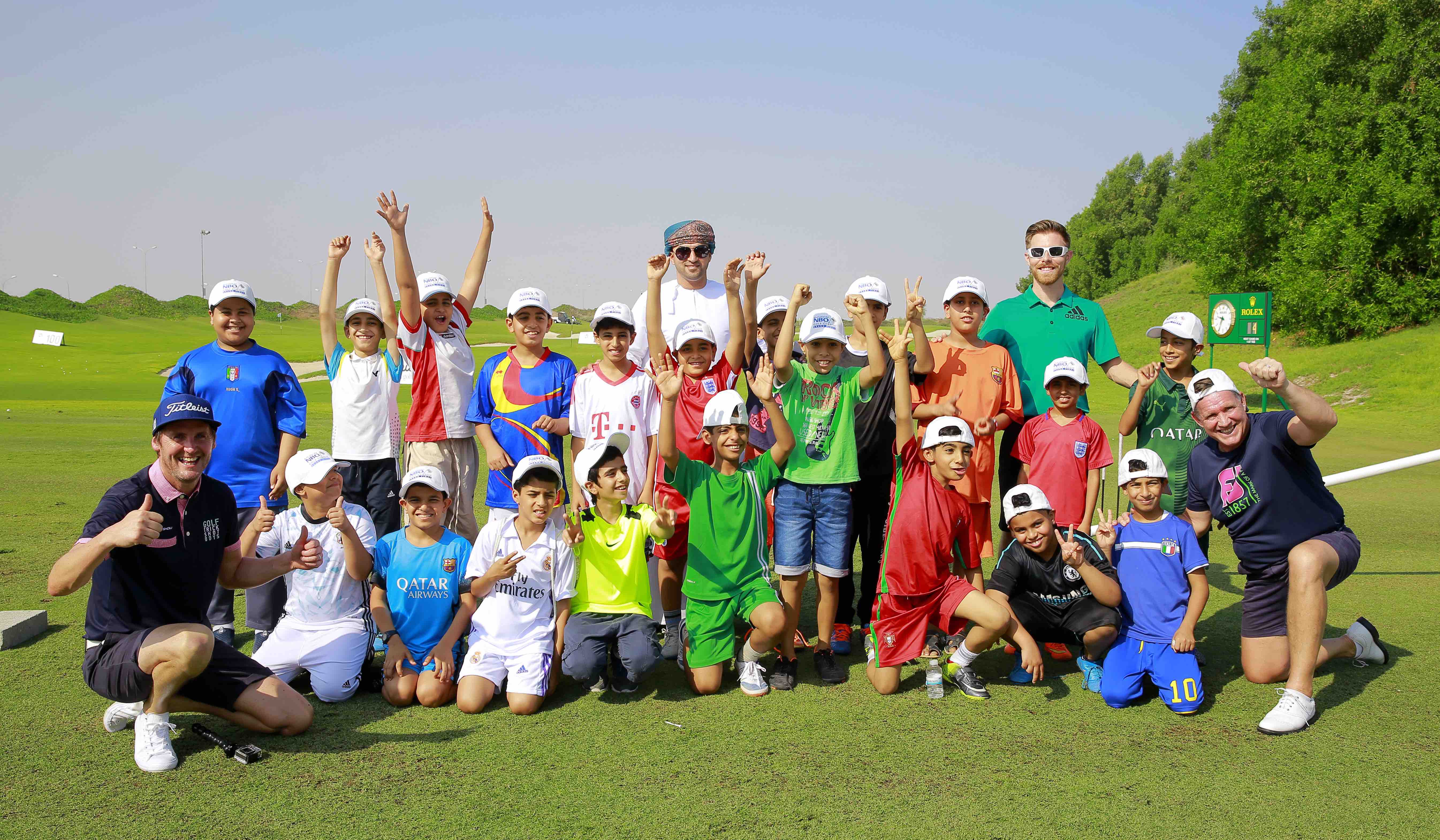 Muscat: Children from schools around Muscat have been enjoying themselves at this week’s NBO Golf Classic Grand Final, taking place along a stunning stretch of coastline on the Gulf of Oman at Al Mouj Golf.
Children from six local schools have enjoyed a visit over the last two days, with more due to descend upon the tournament over the weekend. As well as enjoying the golfing action, which sees the top 46 players on the Road to Oman Rankings competing for the prestigious title as well as one of the 16 European Tour cards on offer, the kids have been thrilled to sample the event’s many off-course highlights.
Mini golf and golf lessons provided by the R&A are available free of charge in the Public Village, not to mention inflatable slides and a huge range of food and beverage options. One of the most fun parts of the day for the kids has been the entertaining antics of the world-renowned ‘Trick Shot Boys’ who are doing three shows each day of the tournament. And it would seem the boys have enjoyed themselves just as much as the children.
“It’s been great,” said Kevin Carpenter. “We had three shows yesterday and three today and they’ve loved it.
Carpenter’s partner, Geoff Swain, added: “We alter the show slightly for the kids, cut the time down a little, and concentrate on the really fun stuff, then get them involved, which they enjoy. It’s been really good fun.”
This is the second year running that the Trick Shot Boys have brought their hilarious and jaw-dropping show to the Sultanate and they’ve been hugely impressed with the European Challenge Tour’s season-ending grand finale, particularly its focus on family fun.
“It’s a cracking golf course and a fantastic event” said Swain. “NBO do it really well. The set up at the Public Village is great and there’s lots for the kids to do at this tournament. That’s a big difference between here and some of the events we do in Europe – it’s set up for the kids, and they bring all the schools down, which is great.”
Big kids and little kids alike are invited to come along to Al Mouj Golf this weekend and enjoy fun, including the unmissable Trick Shot Boys.
“We’ve got three shows again each day at 11.00am, 12.00pm and 1.00pm,” said Carpenter. “They’re all quite close together so if anyone misses the start of one show, they can hang around and watch the next one! We’re really looking forward to a busy weekend.”